Department of Education U-turn over cash for school counselling

186,000 Covid Tests Are Being Wasted Each Day. Here’s How They Could Be Used

Testing capacity varies slightly day to day but never dipped below 504,595 in the seven days up to and including Monday, according to the government’s own figures.

The government has announced that two new laboratories are to open in early 2021, which will increase its daily Covid-19 testing capacity by 600,000.

Testing capacity has been a sore point for the government, which set itself a string of targets for the beleaguered Test and Trace service over the summer and claimed to have met them in some cases not by carrying out an actual number of tests but by saying it had achieved the capacity to do so.

The DHSC said capacity now was being increased to accommodate spikes – such as that seen in September with the return of schools – and falls in demand, as is the case at weekends for both in-person testing and in care homes. 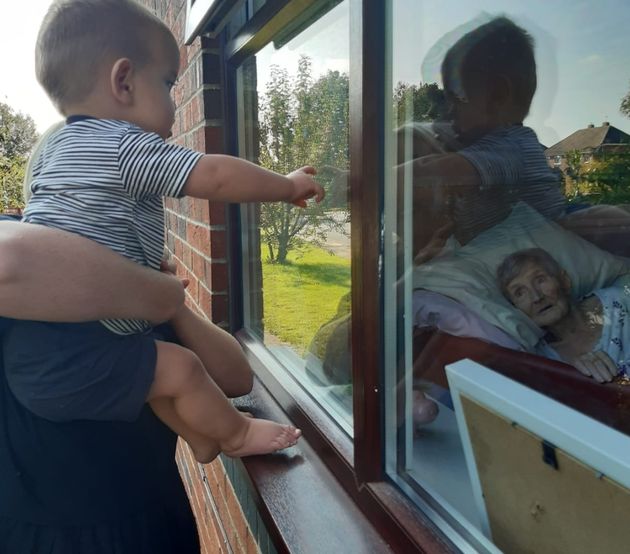 It claims: “It is useful to create more capacity than needed, as it enables us to work to improve turnaround times for tests and consider expanding testing to new use-cases, such as asymptomatic testing of NHS staff, mass testing in Liverpool, and testing of contacts.”

But all that assumes there isn’t currently a desperate unmet need for testing that the unused capacity could go towards.

No one is disputing that creating more capacity is useful, but the government would not say why it hadn’t found a use each day for the huge numbers of extra tests.

Nor would a spokesperson answer questions as to where the increased capacity would be used next, or how the government would prevent such high levels of underuse going forward.

In case they’re struggling, we’ve helpfully rounded up four places the government could have used those 1.3m tests last week.

Keeping care home residents safe has been particularly challenging during the pandemic – as has finding ways for families to visit their loved ones.

During the first lockdown, many in care homes were unable to see visitors at all as restrictions were so stringent, leaving them devastatingly lonely – especially those who couldn’t understand what was happening.

It comes after Charity John’s Campaign says limiting family visits for dementia and Alzheimer’s patients has contributed to the 79% rise in deaths between March and September recently reported by the Office for National Statistics (ONS).

The charity and its supporters are urging for visitors to be offered testing so homes can allow them in to see their families.

Otherwise, they face the prospect of using “pods” with floor to ceiling screens and separate entrances, or seeing their loved ones wheeled to the window and trying to communicate through glass.

Carol Milnes’ mother Margaret Johnson, 86, has been in a care home in Yorkshire for more than two years and suffers from dementia.

Milnes has also been calling for weekly testing to allow her access to her mother, who weeps at their window exchanges because she does not understand why she cannot see her daughter in the flesh.

There is hope in the form of a pilot, where family and friends of people in 20 care homes across Hampshire, Devon and Cornwall are getting access to regular testing to allow them to visit. It started on Monday and could be rolled out to other regions before Christmas.

But shadow care minister Liz Kendall said it was not good or quick enough, adding: “There simply isn’t enough time for many of those living in care homes to wait and watch for a pilot scheme or another set of guidelines, we need action now.”

The Alzheimer’s Society fears it is “too little too late” for those who have been waiting eight months to see their loved ones.

The government hopes to implement twice-weekly testing of all patient-facing health service staff within the next six weeks.

NHS chief exec Sir Simon Stevens said new tests and increased capacity mean that testing for all frontline workers is achievable regardless of whether they have symptoms.

Earlier this month, Sarah-Jane Marsh, the outgoing director of testing at NHS Test and Trace suggested that routine staff testing would occur on a weekly basis, but on Wednesday the NHS told HuffPost UK that the asymptomatic staff testing would take place twice as often.

But testing staff daily could significantly reduce the risk to them and others of spreading the infection unknowingly.

At the other end of the scale, Commons Speaker Sir Lindsay Hoyle called for all MPs to be tested daily back in September as a means of allowing the House to return to some semblance of normality. There is currently no asymptomatic testing of MPs taking place, though some may feel this is not a significant priority when they can participate by video link.

Calls were made in September to test asymptomatic students regularly as a means of helping keep schools open.

This has not happened and the number of students missing out on education as a result of coronavirus has soared in recent weeks. The NHS website states: “Asymptomatic testing is provided only in specific circumstances and on the recommendation of public health experts.”

Latest figures from the National Education Union found more than 600,000 pupils did not attend school for coronavirus-related reasons and one in six secondary pupils were not in school last week.

Almost two thirds of secondary schools had pupils self-isolating, up from 38% the week before. The proportion of primary schools affected has doubled from 11% to 22%.

“The level of testing amongst school-age children has actually fallen in recent weeks,” the union said in a press release. “This means that only a tiny proportion of pupils with coronavirus are self-isolating. We call on the government to take urgent steps to massively increase the level of testing for school pupils.”

Jury trials have resumed after the courts were completely shut down during the first lockdown – resulting in a backlog of nearly half a million criminal cases as of June, according to the Ministry of Justice. That’s a 44% increase year-on-year and the highest number since 2012, when records began.

However, a number of trials have had to be paused as jury members have tested positive for the virus.

Last week a murder trial had to be halted at Maidstone Crown Court when three jurors were confirmed to have the virus and fourth reported symptoms.

England and Wales’s most senior judge has warned it will become an “increasing problem” if the pandemic is not contained.

Speaking to the Justice Committee, Lord Chief Justice Lord Burnett of Maldon told MPs: “That’s deeply regrettable. This is going to become, I think, an increasing problem in the event that Covid is not contained.

“And also there is undoubtedly a potential problem from people receiving messages from track and trace which are by their nature very precautionary but nonetheless requiring them or at least advising them […] to stay away.”

In turn, the postponement of a trial will add to the detainment of a defendant – with some having already been languishing in custody for close to a year as the justice system attempts to clear the backlog.

VIENNA: The COVID-19 pandemic may have forced many of Vienna's luxury hotels to close indefinitely as global travel restrictions keep away the many millions of...
Read more
Asia-Africa

Television images show some of them moving to capital New Delhi while thousands still remain on the outskirts of the city.Farmers shout slogans as...
Read more
UK_News

shareSharenocloseShare pagelinkCopy linkAbout sharingHere are five things you need to know about the coronavirus pandemic on Saturday. We'll have another update for you on...
Read more

VIENNA: The COVID-19 pandemic may have forced many of Vienna's luxury hotels to close indefinitely as global travel restrictions keep away the many millions of...
Read more
Asia-Africa

Television images show some of them moving to capital New Delhi while thousands still remain on the outskirts of the city.Farmers shout slogans as...
Read more
UK_News

shareSharenocloseShare pagelinkCopy linkAbout sharingHere are five things you need to know about the coronavirus pandemic on Saturday. We'll have another update for you on...
Read more

Department of Education U-turn over cash for school counselling