It’s the start of a brand new week – but Donald Trump is still refusing to concede the US presidential election.

This could be for any number of reasons – he genuinely thinks he won (he did not), he’s waiting to see if the Supreme Court will come to his rescue, or maybe he’s still playing golf and just hasn’t got round to it yet.

There is another possible explanation for his doggedness in holding onto office – he knows how much trouble he could be in once his protected status as most powerful man in the world expires in January.

Here are some of the lawsuits and criminal probes that may haunt Trump as he leaves office.

While Donald Trump still hasn’t released his tax returns, dogged reporting (especially by the New York Times) has made some startling revelations – not least that he paid just $750 in federal income taxes in both 2016 and 2017.

Some legal experts have said that, based on the report, Trump could face federal income tax evasion charges, and could conceivably face a criminal prosecution brought by the US Department of Justice, led by a new US attorney general.

“You’ve got the stuff that has come out of the New York Times that has all kind of [indicators] of tax fraud,” Nick Akerman, a lawyer at Dorsey & Whitney and a former federal prosecutor, told the news wire Reuters.

Akerman cautioned that it was not possible to know for certain until seeing all of the evidence.

Trump has rejected findings from the NYT report, tweeting that he had paid many millions of dollars in taxes and had in fact used legal methods to reduce his tax bill.

The Fake News Media, just like Election time 2016, is bringing up my Taxes & all sorts of other nonsense with illegally obtained information & only bad intent. I paid many millions of dollars in taxes but was entitled, like everyone else, to depreciation & tax credits…..

As yet there is no evidence Trump paid “millions of dollars in tax” and, in 10 of the previous 15 years, Trump paid no federal income taxes at all.

He also has more than $300m in loans due to be repaid in the next four years.

Such a prosecution would be pretty controversial, and the Justice Department could decide charging Trump is not in the public interest even if there is evidence of criminal wrongdoing.

Joe Biden has approached that question very carefully, saying he would not interfere with his Justice Department’s judgment.

Biden told National Public Radio in August that pursuing criminal charges against his predecessor would be “a very, very unusual thing and probably not very – how can I say it? – good for democracy”.

A lawyer for Trump did not return Reuters’ requests for comment. 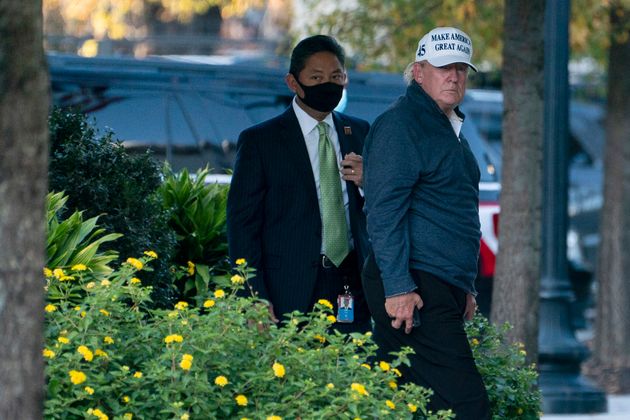 Manhattan district attorney Cyrus Vance, who enforces New York state laws, has been conducting a criminal investigation into Trump and the Trump Organisation for more than two years.

The probe originally focused on “hush money” payments that Trump’s former lawyer and self-described fixer Michael Cohen paid before the 2016 election to two women who said they had sexual encounters with Trump, which the president has denied.

Vance, a Democrat, has suggested in recent court filings that his probe is now broader and could focus on bank, tax and insurance fraud, as well as falsification of business records.

The case has drawn attention because of Vance’s efforts to obtain eight years of Trump’s tax returns.

Despite saying all is well with them, Trump has gone to great lengths to stop his tax returns being made public which is obviously slightly… suspicious.

In July, the US Supreme Court denied his request to keep them under wraps, but only allowed prosecutors access to them – not the Democratic-led committees that were also after them.

The mixed verdicts meant the they would be kept out of the public eye for the time being, and the legal arguments are still making their way through various US courts.

One of the uncertainties that remains is whether or not prosecuting a sitting president is constitutional. As soon as Trump leaves office, though, it’s likely to be fair game.

The investigation poses a threat to Trump, said Corey Brettschneider, a professor of political science at Brown University.

“The fact that they have issued the subpoenas and have litigated all the way to the Supreme Court suggests that this is a very serious criminal investigation of the president,” Brettschneider said. 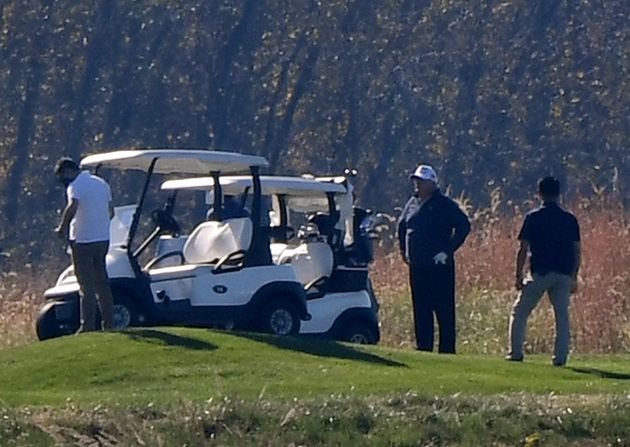 The inquiry by James, a Democrat, began after Trump’s former lawyer Cohen told Congress the president inflated asset values to save money on loans and insurance, and deflated them to reduce real estate taxes.

The Trump Organisation has argued the case is politically motivated.

The inquiry is a civil investigation, meaning it could result in financial penalties but not jail time.

Trump’s son Eric, an executive vice-president for the firm, was deposed in October because of what the attorney general described as his close involvement in one or more transactions being reviewed. 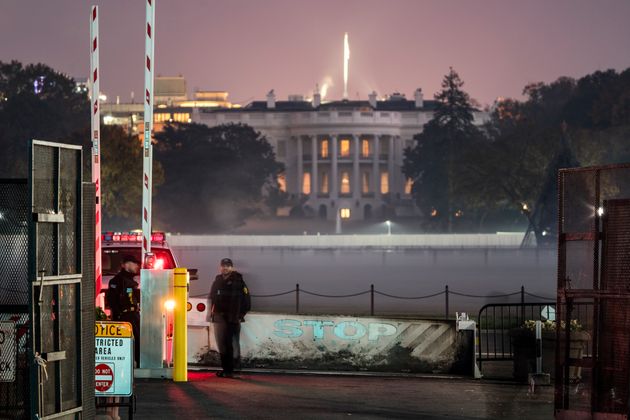 E Jean Carroll, a former Elle magazine writer, sued Trump for defamation in 2019 after the president denied her allegation that he raped her in the 1990s in a New York department store, and accused her of lying to drum up sales for a book.

In August, a state judge allowed the case to go forward, meaning Carroll’s lawyers could seek a DNA sample from Trump to match against a dress she said she wore at the store.

A federal judge in Manhattan rejected a bid by the US Justice Department to substitute the federal government for Trump as defendant in the case. US district judge Lewis Kaplan in Manhattan said that Trump did not make his statements about Carroll in the scope of his employment as president.

Barbara McQuade, a law professor at the University of Michigan, said she expected Biden’s justice department to abandon the effort to shield Trump from the case.

“It would seem unlikely for [the Department of Justice] to continue to pursue what I see as a frivolous argument in a new administration,” said McQuade, a former federal prosecutor.

Carroll said last year that she does not plant to file a criminal complaint.

The other defamation suit

Trump also faces a lawsuit by Summer Zervos, a 2005 contestant on Trump’s reality television show The Apprentice, who says Trump kissed her against her will at a 2007 meeting and later groped her at a hotel.

After Trump called Zervos a liar, she sued him for defamation.

Trump said he is immune from the lawsuit because he is president.

The case has been on hold while a New York state appeals court reviewed a March 2019 decision that Trump had to face the case while he is in office. Trump’s immunity argument would no longer apply once he is out of office.

shareSharenocloseShare pagelinkCopy linkAbout sharingProtesters are rallying across France against a bill that would make it a criminal offence to film or take photos of...
Read more
Asia-Africa

shareSharenocloseShare pagelinkCopy linkAbout sharingProtesters are rallying across France against a bill that would make it a criminal offence to film or take photos of...
Read more
Asia-Africa