On election day, Donald Trump, Jr. tweeted out his “electoral map prediction” in which all of Europe was colored Republican red (apart from Croatia, which wasn’t colored in at all).

But little Don’s daddy hasn’t made many friends in Europe during his time as U.S. president, which will come to an end soon following Joe Biden’s election victory.

He has, however, said and done plenty of things that have amazed, annoyed (and secretly amused) Europeans.

Here are just some of his best/worst moments:

In early 2016, when Trump was merely a presidential candidate, he described Brussels as “a hellhole” because of what he claimed was a lack of “assimilation” of the Muslim population. “You go to Brussels — I was in Brussels a long time ago, 20 years ago, so beautiful, everything is so beautiful — it’s like living in a hellhole right now,” he said in a TV interview with Fox Business Network. 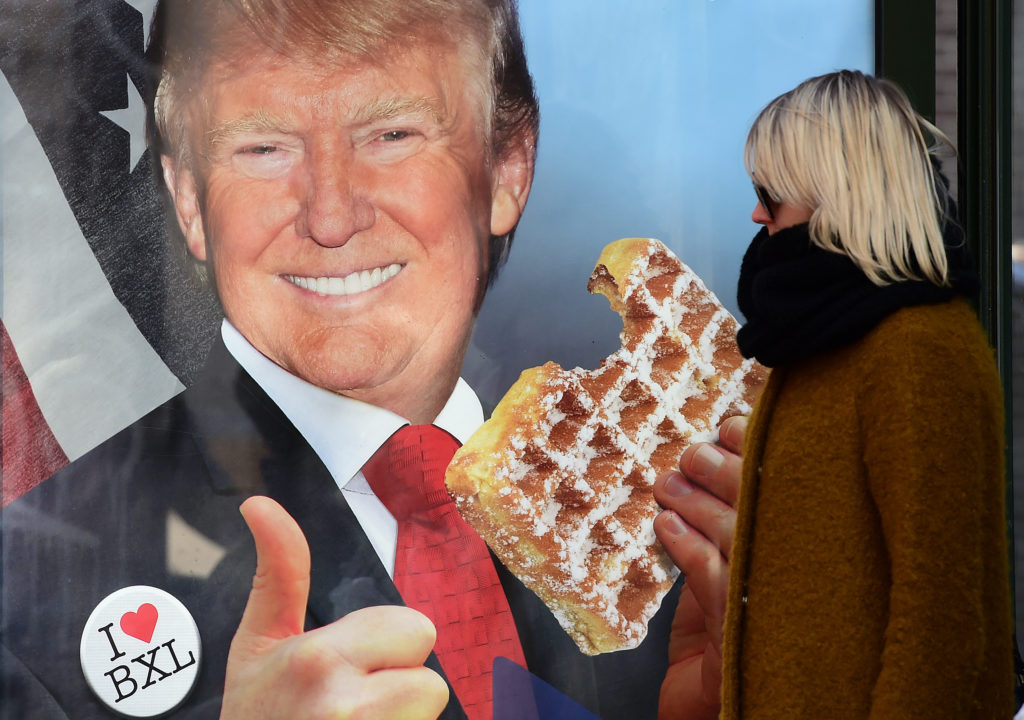 Two months after his inauguration, Trump welcomed Angela Merkel to the Oval Office, but he didn’t seem exactly thrilled to be hosting the German leader. In one particularly awkward moment, the president appeared to refuse to shake the chancellor’s hand, likely sulking over German defense spending and trade deficits.

During a NATO summit in Brussels in 2017, Trump was caught on camera pushing Duško Marković, the prime minister of Montenegro, out of his way in what appeared to be an attempt to be first in line for a photo with other NATO leaders. Trump looked rather pleased with himself before straightening his blazer and smiling for the cameras.

Also in 2017, Trump made an official visit to France, meeting with Emmanuel and Brigitte Macron. The U.S. president was apparently taken by the French first lady, with video footage showing him telling her “you’re in such good shape” before turning to her husband and saying “she’s in such good physical shape.” To sum things up, he added: “Beautiful.” 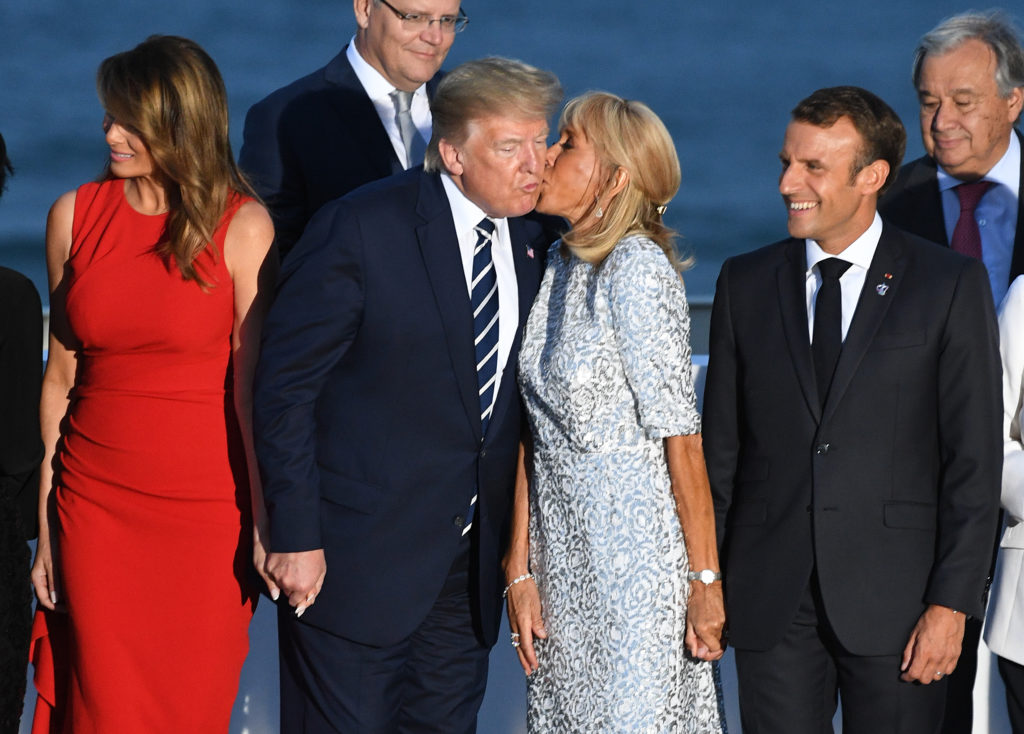 In 2018, Le Monde reported that although Melania Trump is from Slovenia, her husband’s knowledge of the Balkans is somewhat lacking as he gave a speech in which he talked about the Baltics’ responsibility for the Yugoslav War.

At a G7 summit in Canada in June 2018, world leaders including Merkel, Macron and Japan’s Shinzō Abe were trying to get Trump to sign a communiqué on a rules-based international order, a moment captured on camera that went viral. According to U.S. foreign affairs expert Ian Bremmer, Trump then stood up, took two pieces of candy out of his pocket, threw them in front of the German chancellor and said: “Here, Angela, don’t say I never give you anything.”

During their first official visit to the U.K., Trump and Melania met Queen Elizabeth II at Windsor Castle, where the president failed to observe protocol by walking in front of the monarch. On his return home, Trump told supporters that the queen kept him waiting, blaming the media for reporting he’d been the one who was late for their meeting. The president’s visit to Britain was broadcast live on television, including footage of the 92-year-old queen waiting for Trump for 12 minutes and looking at her watch. 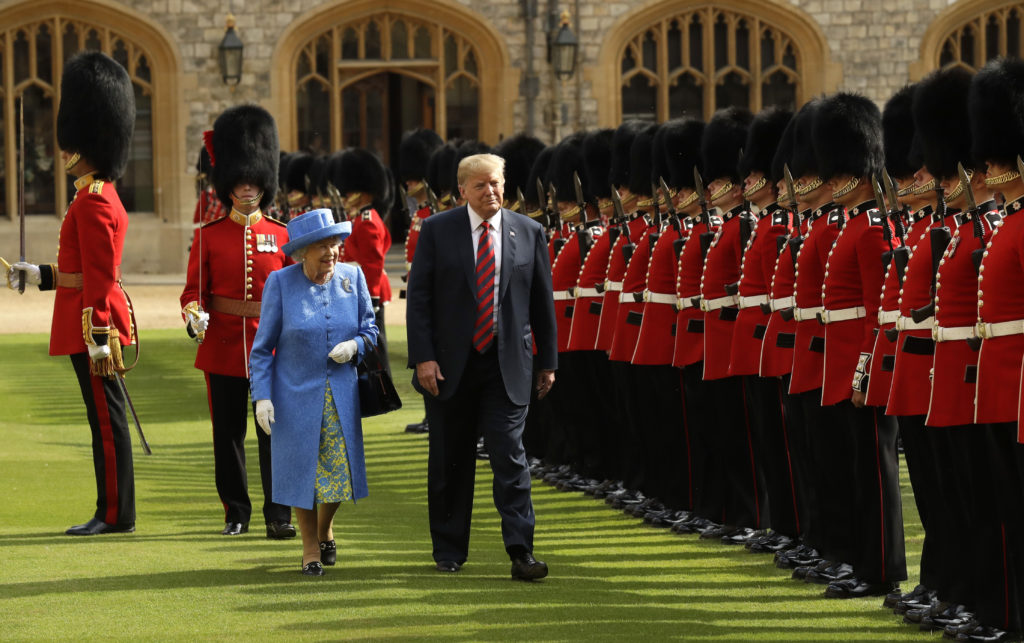 On October 9, 2019, Trump sent a letter to Turkish President Recep Tayyip Erdoğan regarding the situation in Syria that was very much in the style of his Twitter account. “History will look upon you favorably if you get this done the right and humane way,” the letter read. “It will look upon you forever as the devil if good things don’t happen. Don’t be a tough guy. Don’t be a fool!”

When the U.S. decided to send medical equipment worth millions of dollars to Italy to assist the country during the early days of the COVID-19 pandemic in March 2020, Trump said about Italian Prime Minister Giuseppe Conte that “Giuseppi was very, very happy” about the move, a mispronunciation that sounded hilarious to Italian ears, sparked ridicule in the country and led to this rather catchy song.