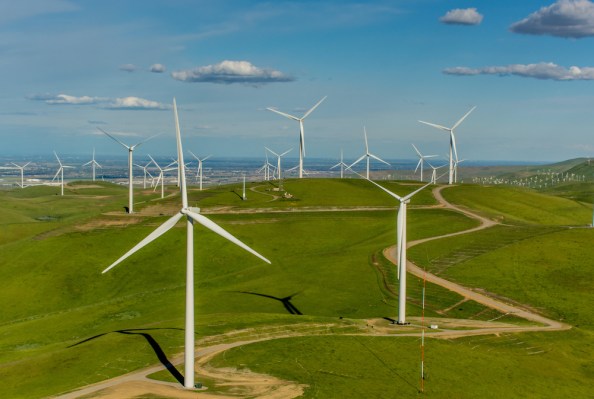 The news last week that U.S. utility and renewable energy company NextEra Energy briefly overtook ExxonMobil and Saudi Aramco to become the world’s most valuable energy producer shows just how valuable sustainable businesses have become. It’s yet another proof point that there are billions of dollars available for companies focused on renewable energy alone — and a sign that, finally, the floodgates may be about to open for companies that build their businesses to service a sustainability revolution.

Large money managers are already returning to investing in earlier-stage sustainability investments after an extended hiatus. These are institutional investors like the Canadian Pension Plan Investment Board and Caisse de dépôt et placement du Québec, which could commit billions between them to technologies focused on mitigating the impacts of climate change or reducing greenhouse gas emissions across industries. The flood of dollars into renewable energy and sustainable technologies actually began in the first quarter of the year.

Some of the largest private equity funds in the U.S., like Blackstone (with $571 billion in assets under management), announced a flood of investments into renewable power generation and storage. Blackstone alone invested nearly $1 billion into Altus Power Generation, a renewable energy developer, and NRStor, an energy storage company; while Generate Capital raised $1 billion for renewable energy infrastructure projects; and Warburg Pincus (with more than $50 billion in assets under management) backed Scale Microgrids, which developed clean energy and storage projects, with another $300 million. In March, the Canadian Pension Plan Investment Board closed its investment in Pattern Energy Group, a $6.1 billion transaction that gave the massive money manager ownership of a renewable power project owner and developer with assets across North America and Japan.

Behind all of that massive investment will be a surge in demand for technologies that can orchestrate resources that will be more distributed and provide better energy storage and distribution technologies for a more complicated grid. Indeed, the beginning of the year saw venture firms like Lightspeed Venture Partners, Sequoia and Union Square Ventures begin to plant flags around sustainable investments in startup companies. Microsoft announced a $1 billion climate change-focused investment fund, and in the second quarter, Amazon followed suit with the commitment of $2 billion to its Climate Pledge Fund that would invest across a range of renewable and sustainability-focused technology startups and climate-related projects.

“You’ve got all of this activity even without policy changes — and policy changes are even going in the wrong direction,” said Abe Yokell, a longtime investor in technologies addressing climate change and the managing partner of Congruent Ventures, in an interview with TechCrunch earlier this year. “Our general framework is that the venture model applies to some but not all of the solutions that will solve the problem of climate change.”

In 2007, John Doerr, then one of the world’s most successful venture investors and a leader at Kleiner Perkins Caufield and Byers (now just Kleiner Perkins), delivered an emotional speech to an early audience of TED talk attendees. In it, Doerr announced that KPCB would be investing $200 million into a range of “clean technology” companies and encouraged other investors to make similar commitments. Doerr spoke of a coming climate crisis that would reshape the globe and wreak vast economic damage on communities. He wasn’t wrong.

But the solutions that the first generation of clean tech investors backed were economically unfeasible and markets weren’t then ready to embrace massive investments required to avoid what were, at the time, future risk scenarios. Prices for solar and wind energy production technologies were too expensive and energy storage options too unreliable. Biofuels could not compete at costs that would make them competitive with existing petrochemicals, and bioplastics and chemicals suffered from the same problems (along with a consumer culture that had not awoken to the perils of plastic and chemical production).

Yokell, who previously worked as an investor at Rockport Capital, saw the failures, but managed to persevere and raise new cash with his fund Congruent. “Things are different, but they are different for 10 different reasons — not one different reason,” Yokell said. “The preponderance of dollars went into the physical layer that would drive down the cost of accessing a product or technology. Solar is a great example; wind is a great example; batteries are a great example. [But] this time around, the venture dollars that are going into the ecosystem are being applied to products and services that are going to the end product.”

This means focusing not on the generation of electricity necessarily, but managing and monitoring how those atoms move. Or in the case of food tech, making the processes of creation and distribution more efficient in addition to making new sources of supply. “Venture is a rule of exceptions,” said Yokell. “If you use what works for the venture model and apply it to Tesla [most investors] were wrong. It only takes two massive successes to prove the rule wrong.”

More often though, the money for venture investors is in following some basic rules of investing — chiefly look for high-margin businesses with low upfront capital costs. If something is going to take $40 million or $50 million just to figure out that it might work and then you need to spend another $200 million to prove that it does work … that’s likely not going to be a good bet for a venture firm, Yokell said.

Even as most venture capital dollars shied away from investments in technology that could move the needle on climate (one large exception being Vinod Khosla and Khosla Ventures … another story), the world’s largest investment firms, money managers, publicly traded energy and agriculture companies began stepping up their commitments.

In part, that’s because the economic viability started to become more apparent for decades-old technologies like wind and solar. The costs of these energy-generating technologies made sense to develop because they were, in many cases, cheaper than the alternative. A June report from the International Renewable Energy Agency showed that renewable power generation projects were cheaper than the cost to operate existing coal-fired plants. Next year, the energy agency said, the 1.2 gigawatts of existing coal capacity could cost more to operate than the cost of new utility-scale solar photovoltaics. According to the agency:

Replacing the costliest 500 GW of coal with solar PV and onshore wind next year would cut power system costs by up to USD 23 billion every year and reduce annual emissions by around 1.8 gigatons (Gt) of carbon dioxide (CO2), equivalent to 5% of total global CO2 emissions in 2019. It would also yield an investment stimulus of USD 940 billion, which is equal to around 1% of global GDP.

Beyond that, the real effects of climate change began to be felt in rising insurance payouts as a result of increasingly frequent natural disasters and money managers beginning to realize that you can’t have a functioning economy if you don’t have a functioning society thanks to social unrest brought about by rising populations consuming increasingly limited resources thanks to climatological collapse.

In early January, BlackRock, one of the world’s largest investment firms, pledged to refocus all of its investment activities through a climate lens. The investment bank Jefferies has declared 2020 to be the shot from the starting gun for what will be a decade of investments focused on environmental, social and corporate governance. Big energy companies were already picking up the slack where venture investment left off, with firms like National Grid Partners, Energy Investment Partners and others committing capital to new energy technologies even as venture investors pulled back. In 2016, Bill Gates launched a $1 billion investment fund that would focus on climate-related investing, backed by several of his billionaire buddies (including Kleiner Perkins’ John Doerr and former Kleiner Perkins managing director, Vinod Khosla) and take the big swings that many venture firms were unwilling to take at the time.

Investments in clean tech and sustainability were never just about energy, although that captured a fair bit of the imagination and some of the earliest returns — in biofuels companies and electric vehicles. Now, the breadth of the thesis is being expressed in a deluge of exits and millions invested in areas like novel proteins for food production, new technologies for a more sustainable agriculture, new consumer food products, new technologies for managing power and distributing it and fantastic new ways to generate that power.

Last week, AppHarvest, a company using greenhouse farming techniques to grow tomatoes more sustainably, agreed to go public through a special purpose acquisition vehicle, and just today, a bioplastics manufacturer is taking the same tack. With the world awash in capital and looking for high-growth companies to generate returns, sustainability looks like a good bet.

Those are the companies that have managed to access public markets in the last week. Beyond Meat captured the attention of institutional investors and the investing public with its better-tasting hamburger substitute, and Perfect Day snagged a massive investment from the Canadian Pension Plan Investment Board to make an alternative to cow’s milk. In fact, Perfect Day was the inaugural investment in the national pension fund’s climate strategy. Other deals should follow.

Meanwhile, as carbon emissions monitoring, management and sequestration gain broader commercial and consumer traction, other investment opportunities will begin to open up for digital solutions.

At least 25,000 people evacuated in the Philippines as heavy rains and fierce winds swamp villages and rip off roofs.A man holds onto his...
Read more
Asia-Africa

People light flares as they gather to protest against Chile's government during a referendum on a new Chilean constitution in Santiago, Chile, October 25,...
Read more
UK_News

The seven stowaways, believed to be Nigerians seeking asylum, were handed over to Hampshire Police.
Read more

At least 25,000 people evacuated in the Philippines as heavy rains and fierce winds swamp villages and rip off roofs.A man holds onto his...
Read more
Asia-Africa

People light flares as they gather to protest against Chile's government during a referendum on a new Chilean constitution in Santiago, Chile, October 25,...
Read more
UK_News

The seven stowaways, believed to be Nigerians seeking asylum, were handed over to Hampshire Police.
Read more