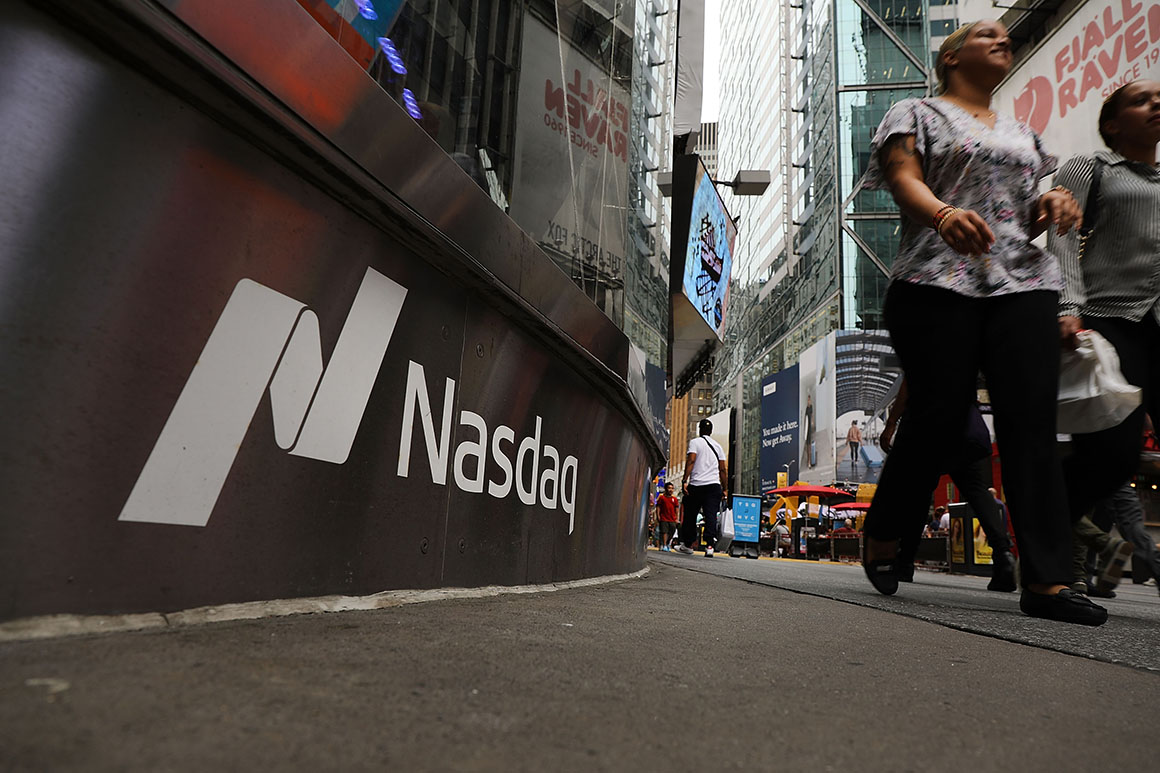 The Biden administration is considering changes to Trump-era rules aimed at barring China-based companies with links to that country’s military from U.S. stock exchanges, according to comments from a Justice Department lawyer in court on Monday.

The comments from DOJ lawyer Joseph Borson came during D.C. District Court arguments over a challenge to the Pentagon’s move last year to impose a prohibition on securities transactions in companies found to be affiliated with China’s communist government and military. Two of the listed companies targeted by the action have sued in response, and the lawsuits have become a growing problem for Biden’s Justice Department.

One company has already won an exemption, successfully arguing that DOD lacked sufficient explanation to prove a military link. Now, with the looming prospect that another company could be exempted in the coming days, Borson said the administration is reconsidering whether to revise the criteria for labeling Chinese firms as military-affiliated.

“The government is considering its options,” Borson told Judge Rudolph Contreras in response to a question about whether the Defense Department is working to address the legal problems resulting from the Trump administration’s actions. “We are considering how to respond in light of the issues that this court’s rulings have raised.”

Case Details: Borson’s comments came during oral arguments in a case brought by Nasdaq-listed Luokung Technology Corp., which DOD declared subject to the transaction ban on Jan. 14, six days before President Donald Trump left office. Trump was under tremendous pressure from Congress to implement the ban at the time. The company’s lawyers argued that federal officials implemented the ban in violation of administrative procedure law, and that the DOJ couldn’t prove that the company was linked to China’s military.

Luokung’s lawyers argued for an emergency exemption, citing a similar court reprieve won in March by the first company to sue, Xiaomi Corp. In a sign that DOJ has accepted defeat in that first case, Biden administration lawyers said in an April 27 filing that the DOJ has decided it will no longer appeal the company’s exemption.

Attorneys for Luokung warned of imminent financial damage unless the exemption was granted, noting that the popular index provider FTSE Russell plans to remove the company from two of its indices on Saturday, which could trigger a sharp decline in its stock price.

Background: Legal fights over the ban are bubbling up this spring, but the issue stems from a decades-old fight between Congress and the executive branch over how to crack down on China. Congress is expected to keep up pressure on the Biden administration related to the ban amid continuing tension over trade.

Congress first gave the executive branch authority to ban securities transactions more than two decades ago as part of an annual defense authorization bill enacted in 1998, but DOD didn’t produce a list of companies subject to the law until last June. Lawmakers tucked in language expanding the administration’s use of the ban as part of the fiscal 2021 National Defense Authorization Act H.R. 6395 (116) passed in December.

The court case is being closely watched by a bipartisan coalition of senators who support cracking down on China, including Chris Van Hollen (D-Md.), Tom Cotton (R-Ark.), and Marco Rubio (R-Fla.), among others.

Rubio reintroduced a bill in March S. 570 (117) that would back up Trump’s November executive action and expand it, his office said. Rubio’s staff said the senator is tracking the lawsuit and the administration’s response while also pushing for the legislation.

“American financial markets cannot be the venue of choice for communist Chinese military companies to raise capital,” Rubio said Monday when asked about the court arguments. “Though the Administration has broad latitude to protect our national security by preventing Wall Street from investing Americans’ savings in Chinese military companies, it is clear that we urgently need legislation to fully address the Chinese Communist Party’s exploitation of U.S. capital markets.”

Rubio said his legislation would “ban these CCP-backed companies from operating in U.S. capital markets, whether it’s by direct listings on our exchanges, inclusion in investment funds, or through a variety of other means. We must make clear that the Chinese Communist Party will no longer be able to take advantage of our financial system.”

What’s ahead: Roger Robinson, President and CEO of RWR Advisory group, a consulting firm based in Washington that specializes in China’s involvement in U.S. capital markets, said Biden could limit any impact from these lawsuits by taking his own executive action.

Otherwise, “These cases could be perceived by some as precedent-setting,” he said, “although that could be altered quite radically” if Biden acted to clarify how the ban works. In particular, Robinson said, Biden could take action that draws on the expanded authority Congress gave him in December.

FTSE Russell, the DOD and the Treasury Department did not respond to requests for comment on the case.

A ruling is expected within days. Judge Contreras said he would take into consideration that the company was hoping for a ruling by the end of the day on Wednesday given that the index action by FTSE Russell is scheduled to take effect on Saturday.

Gavin Bade contributed to this report.