Biden team insists taxes won't go up for most people 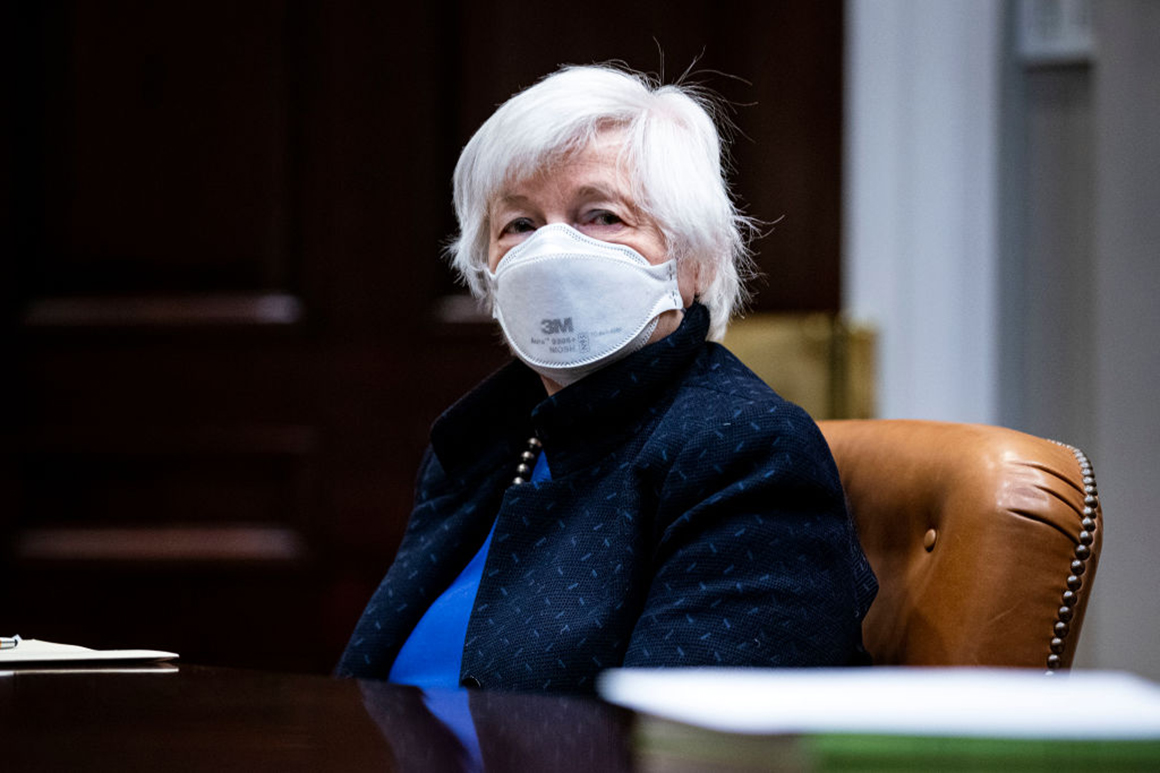 Treasury Secretary Janet Yellen listens during a meeting with President Joe Biden in the Roosevelt Room of the White House. | Al Drago-Pool/Getty Images

The Biden administration is sticking to its message that the president’s proposed $6 trillion in spending — which has been bucked by Republicans in Congress — would and should be paid for by raising taxes on corporations and the wealthy.

Treasury Secretary Janet Yellen on Sunday said raising the corporate tax rate above its current 21 percent rate, while keeping it below 35 percent, and closing corporate tax loopholes will help pay for President Joe Biden’s plans. She said those plans are “necessary to invest in our economy so that we can be competitive and have families and children succeed, invest in infrastructure, in R&D, and the things that shore up middle class prosperity: education, child care, and health care.”

They will also be paid for by paying on capital gains and dividends for Americans making $1 million or more, Yellen said on NBC’s “Meet the Press.”

“No family earning under $400,000 will pay a penny more in taxes,” the Treasury secretary added. “We’ve been assiduous in sticking to that pledge.”

Her remarks were echoed by White House chief of staff Ron Klain. “More Americans, many more Americans will see their taxes go down if the president’s plan is passed than see them go up,” he said on CBS News’ “Face the Nation.”

Republican legislators preached the opposite on Sunday, arguing that the tax increases will make the U.S. economy less competitive, not more, as the Biden administration is pitching.

“It does just the opposite. I respect her, but [Yellen’s] just wrong on that,” Sen. Rob Portman (R-Ohio) said on “Meet the Press.” “In fact, by raising the corporate taxes the way she wants to, you’re going to hurt workers. The Congressional Budget Office, which is nonpartisan, says that 70 percent of the tax cuts went into workers’ pockets with higher wages and benefits.”

Even some Democratic senators have suggested all of the tax increases may not be necessary. When asked if Biden would sign a bill without these pay-fors the administration has been pushing, Yellen said she wouldn’t speak for how the president will negotiate and reiterated Biden’s position that these spending increases should be paid for. She added that there will be a “big return” on the investment.

Biden “has made clear that he believes that permanent increases in spending should be paid for, and I agree. I think we’re in a good fiscal position,” Yellen said. “But we do need fiscal space to be able to address emergencies, like the one that we’ve been in with respect to the pandemic.”