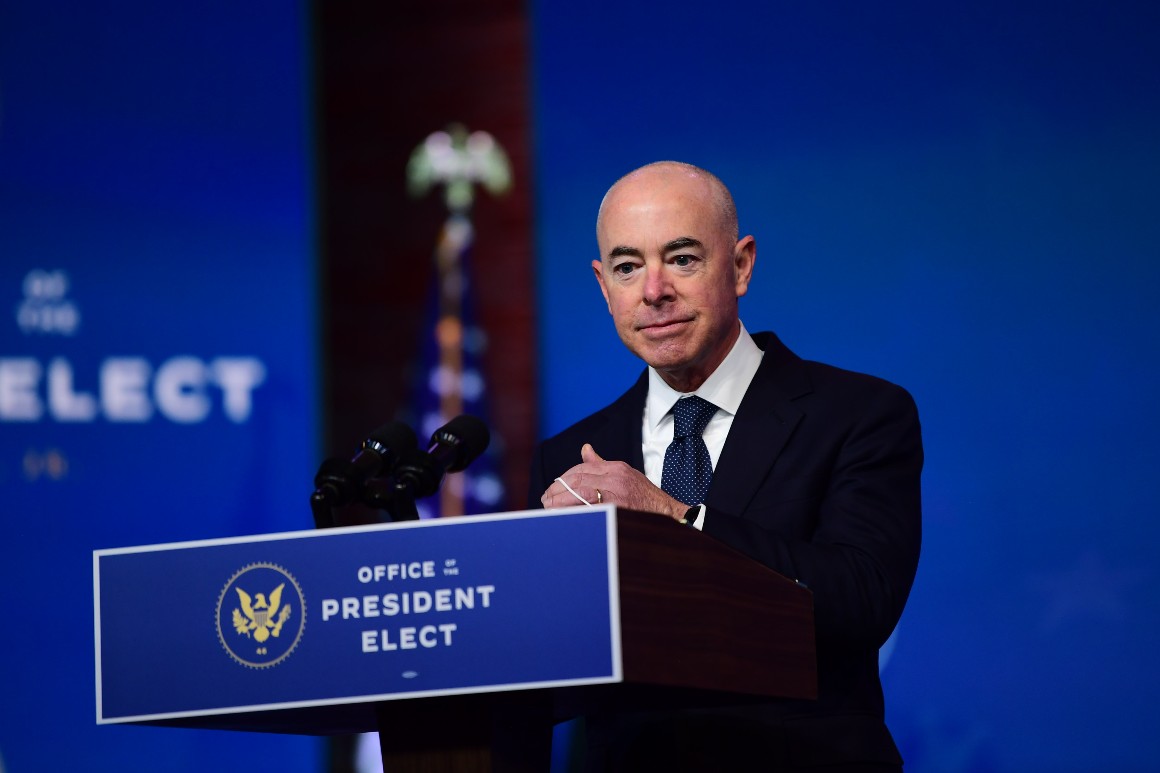 President-elect Joe Biden’s transition team is expected to make a major push on Tuesday that calls on Republicans to swiftly confirm the president-elect’s national security picks so they’re in place when the Democrat takes office next week.

Amid fallout from the deadly riots at the U.S. Capitol, Biden officials and congressional allies will begin making the case Tuesday that there is a unique urgency in getting the positions filled as soon as possible so there is no gap in national security during a presidential transfer of power, a person familiar with the strategy told POLITICO.

The top priority for the Biden team is confirming Biden’s pick to lead the Department of Homeland Security, Alejandro Mayorkas, the source said, who added that the messaging push will take place in every forum, in and out of Congress.

Biden officials are also expected to advocate for quick confirmation of Defense secretary-designate Lloyd Austin, secretary of State pick Antony Blinken and Avril Haines as director of national intelligence. Austin must also get House approval for a waiver to the law barring recently retired military officers from serving as Defense secretary. His first hearing on that matter is Tuesday.

The Biden team’s decision to prioritize the confirmation of DHS and other national security nominees comes after the assault on the Capitol revealed a litany of security failures, including by the Trump administration. On Monday, Trump’s acting DHS Secretary Chad Wolf announced he was stepping down.

In the past, Majority Leader Mitch McConnell has said he would put Biden’s nominees on the floor for a vote but hasn’t vowed quick approval. Once Biden is sworn in, however, Democrats will take over the Senate — and the confirmation process — thanks to the party’s victories in two Senate runoffs in Georgia last week and Vice President-elect Kamala Harris’ tiebreaking vote.

The messaging push also comes as the House embarks on another effort to impeach Trump, raising questions over whether a subsequent Senate trial could slow down confirmation hearings. Biden on Monday said he was looking into whether the chamber could tackle impeachment while simultaneously confirming his nominees.

Biden will be inaugurated on Jan. 20 and the future president has insisted he will take the oath of office on the Capitol grounds, even amid rising security concerns after hundreds of armed Trump supporters overwhelmed police, killing one, as they roamed and looted the Capitol building last week.

“Regardless of any developments, with our national security at stake, the pandemic costing thousands of lives every day, and our economy in a historic recession, there is absolutely no justification for Republicans to jeopardize the ability of the United States government to keep the American people safe, distribute vaccines, and put Americans back to work,” said Biden transition spokesman Andrew Bates.

“Many of these respected, qualified, crisis-tested nominees were announced in November, many have been previously confirmed, and their paperwork has been submitted. We look forward to continuing to work with both parties in good faith on timely confirmations.”