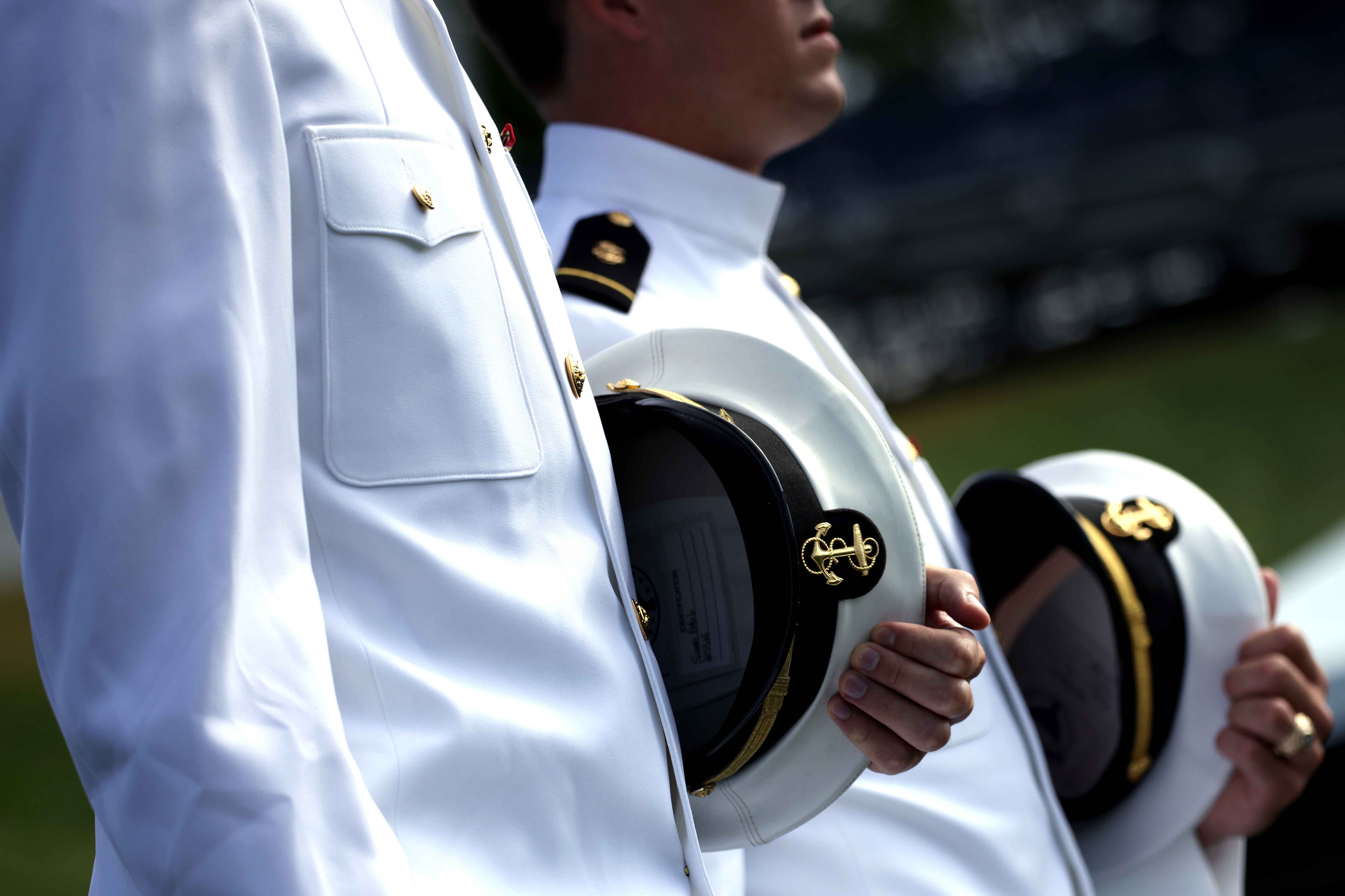 President Joe Biden intends to nominate Carlos Del Toro, CEO of a tech solutions company and a Cuban-born Navy veteran, to be the next Navy secretary, according to three people with direct knowledge.

The White House, which later confirmed that the decision has been made, plans to make the announcement on Friday, the people said.

Del Toro completed the vetting process last week, according to one of the people. If confirmed by the Senate, Del Toro would be the second Latino person to serve as Navy secretary. The first was Eduardo Hidalgo, who led the service under President Jimmy Carter from 1979 to 1981.

The White House has been considering Del Toro, president and CEO of contractor SBG Technology Solutions and president of the White House Fellows Foundation, for the job since at least April, POLITICO first reported.

The Defense Department did not immediately respond to a request for comment.

Del Toro was born in Havana, immigrated to the U.S. in 1962 and graduated from the U.S. Naval Academy in 1983. His service includes a tour in the Persian Gulf during Operation Desert Storm, as well as several senior-level appointments at the Pentagon working on budgeting, acquisition, space and legislative issues.

A resident of northern Virginia, Del Toro’s backers include Sen. Tim Kaine (D-Va.), who is a member of the Senate Armed Services Committee and a Navy booster.

The Biden administration considered several candidates for the post, including Juan Garcia, a former Texas state legislator and head of Navy manpower and reserve issues during the Obama administration. Former Navy Undersecretary Janine Davidson and former Sen. Bob Kerrey of Nebraska were also in the mix for the job, though both withdrew from consideration.

The nomination is the third and final of Biden’s picks for civilian service secretary posts. The Senate last month confirmed Christine Wormuth to be Army secretary, making her the first woman to hold the post.

Biden has also tapped Frank Kendall, a longtime acquisition official, to be Air Force secretary. The Senate Armed Services Committee approved Kendall on Thursday and he awaits confirmation from the full Senate.

Navy boosters on Capitol Hill have been pushing the White House to name a civilian Navy leader as the military services begin to sell the administration’s budget to Congress.

Del Toro would enter the Pentagon at a transformational moment for the Navy, which is struggling to align flat budgets with a modernization plan that calls for new classes of nuclear-powered submarines, a new 6th-generation fighter and new frigates and destroyers.

The Navy is also working on building a fleet of unmanned ships that can act as surveillance vessels and missile launchers, an effort meant to bolster the fleet in order to meet Chinese naval expansion.

All of these programs require up front investments and research development dollars that compete with massive shipbuilding costs and billions in baked-in maintenance funding for existing ships, many of which were built in the 1980s and ‘90s.

The Navy has also struggled to build a workable shipbuilding blueprint, and is expected to release its 30-year shipbuilding plan in the coming days.

The scale of the challenges Del Toro will face was partially outlined in a recent internal memo from acting Navy Secretary Thomas Harker suggesting the service is unable to afford its planned three major modernization programs simultaneously: a new destroyer, an attack submarine and a new fighter plane. The service will likely have to decide on just one of the three to fully fund, an assertion that surprised members of Congress.

When it comes to deciding where to invest its modernization dollars in the current budget environment, the Navy “has no good choices,” said Democratic Rep. Elaine Luria, a retired naval officer and member of the House Armed Services Committee who represents a Navy-heavy Virginia district.

Luria says the services and the next secretary need to get to work on developing a new strategic vision that can be presented to lawmakers that fully explains the global threats it faces and what it needs to meet them. The service has dutifully churned out a number of documents over the past several years concerning unmanned systems, operating in the Arctic and integrating with the other services. But Luria says it has failed to produce a larger strategic vision for how it expects to operate in the future.

“The Navy needs to start with a strategy. There’s no document that’s a global maritime strategy which lays out the number of ships we need, says this is where we need them, which then allows the Navy to come to us and justify exactly what they need.”