Killing of Iranian scientist a ‘violation of human rights’: Qatar 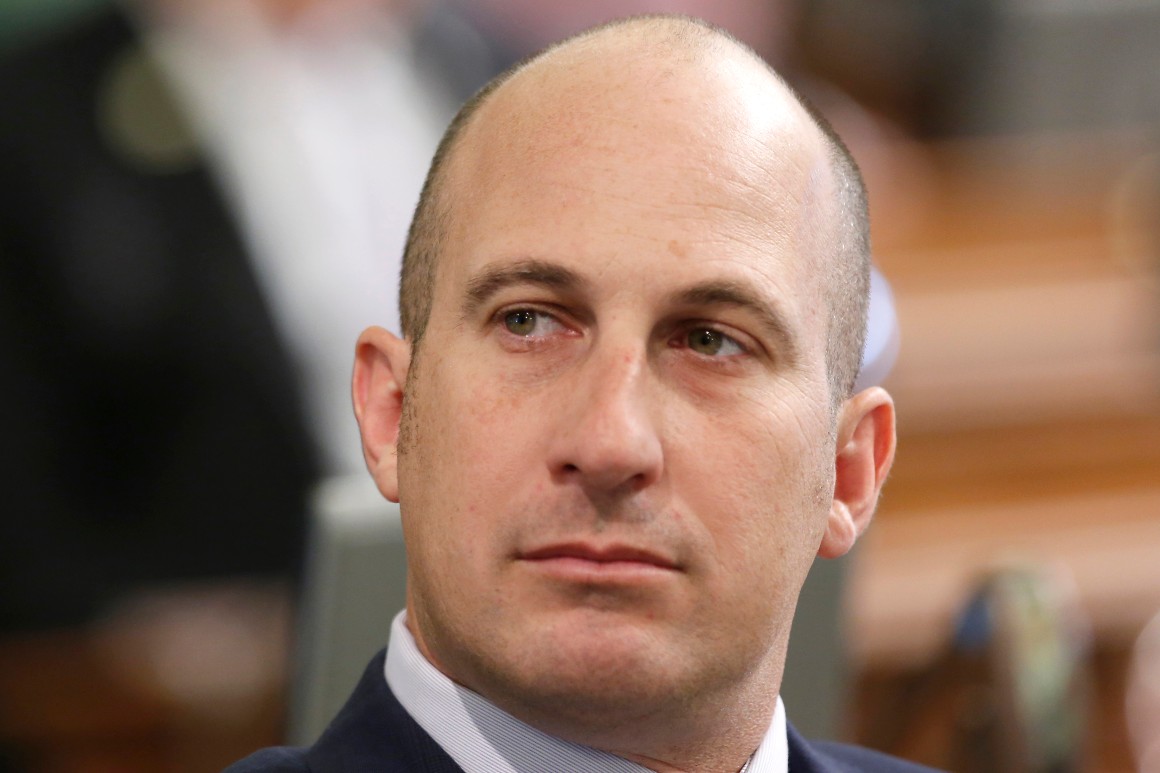 SACRAMENTO — Four California GOP lawmakers acknowledged Wednesday they flew to a conference at a luxury Maui resort despite a troubling surge in Covid-19 cases, but they tried to flip the script by embracing their decision as consistent with their support for more business activities during the pandemic.

Assembly Republicans Jordan Cunningham, Heath Flora, Frank Bigelow and state Sen. Andreas Borgeas emphasized the event’s safety protocols and framed the gathering as crucial. Yet the event has come under condemnation from critics as out of touch and in defiance with state warnings, especially after Gov. Gavin Newsom last week urged residents not to travel beyond California.

The conference at the Fairmont Kea Lani in Maui features lawmakers and lobbyists from four states who are discussing how to reopen the economy. Hawaii requires visitors to obtain a negative Covid-19 test no more than 72 hours before traveling to the islands.

"This event promotes intelligent public policy in our state," said Cunningham (R-Templeton) in a statement Wednesday afternoon. "In fact, we are here discussing ways we can safely reopen our society and save our small businesses, workers, and kids."

Nine California lawmakers have now either confirmed their attendance or are presumed to be at the Maui conference based on documentation. The four Republicans and Republican-turned-independent Chad Mayes, of Yucca Valley, were the first to confirm their participation.

Their public responses, though provided after a delay, stand in stark contrast to the silence of Democratic lawmakers presumed to be in attendance. Assemblymember Blanca Rubio (D-Baldwin Park), who reported buying plane tickets on her late October campaign finance filing, finally confirmed her attendance late Wednesday afternoon. A spokesperson for Assemblymember Jose Medina (D-Riverside) also said Wednesday he was on the island.

Another Democrat presumed to be at the conference is Wendy Carrillo (D-Boyle Heights), who sent a tweet on Monday that was location stamped from Kihei, Hawaii, near the conference resort. She sent a statement confirming her participation on Wednesday evening. And POLITICO confirmed through a source at the hotel that Assemblymember Mike Gipson (D-Carson) was there.

Nearly 20 lawmakers from California, Texas and Washington state are at the conference organized by the Independent Voter Project, according to organizers, who would not release a list of the attendees. The group also includes nonlegislative participants from South Carolina. The event has drawn tremendous backlash, despite organizers’ assurances of testing and other safety precautions.

It comes as businesses have again had to scale back their operations, families have been asked to cancel holiday plans and many Californians are out of work, especially in the travel and hospitality industry.

Flora (R-Ripon) responded to inquiries about his whereabouts in an email on Wednesday confirming he was there and defending the event.

"Participants are discussing how to safely reopen larger sectors of the economy and the discussion suddenly became more urgent with Newsom’s announcement on Monday," he wrote. "Simply shutting down 95% of the state might’ve made sense back in April or May, but we understand so much more now than we did then. We’re way (past) blanket solutions.”

Bigelow used similar messaging in a statement Wednesday afternoon: "Yes, I am attending the bipartisan Independent Voter Project conference, where we are collectively discussing how to safely reopen the State of California," he wrote. "The blanket response to Covid-19 does not work for small businesses, schools, and working families in Rural California. I am paying for myself to be here, following the strictest Covid-19 safety protocols, and tested negative to Covid-19 just prior to my arrival. I am taking my role as a Legislator during this pandemic very seriously and will continue to follow Covid-19 safety protocols once I return home."

The sudden embrace of the conference appeared to be a change of heart after widespread silence Tuesday.

POLITICO first reported Tuesday that Cunningham and Rubio reported buying plane tickets on their late October campaign finance filings. Mayes confirmed his presence on Tuesday through a spokesperson, the first to do so. And Carrillo sent her location-stamped tweet on Monday.

In her statement Wednesday evening, Carrillo said she decided to go to the conference, which she framed as "a test as to what is possible," to find solutions for safely reopening the economy and schools.

"If any of this created any mixed messages or caused confusion, let me apologize," she wrote.

Cunningham, who said he traveled to the conference with his family, stressed the public health safety protocols followed by attendees and drew a contrast to Newsom’s pandemic policies, which he called "draconian and unscientific." Newsom is facing renewed criticism for attending a large birthday dinner for a lobbyist friend this month at Napa Valley’s exclusive French Laundry restaurant. New photos have emerged of the governor and top California Medical Association officials, maskless, in a room that looked to be only partially open to the outdoors.

"I have been saying since April," Cunningham wrote, "that Governor Newsom’s lockdown policies are draconian and unscientific. Fortunately, thus far, he has stopped short of unconstitutionally attempting to stop interstate travel, close the airports, or make vacations or Thanksgiving illegal."

"A Promised Land" by former President Barack Obama is displayed in the window of a New York bookstore on November 18, 2020I am...
Read more
Asia-Africa

Young artists protest in front of the doors of the Ministry of Culture, in Havana, Cuba on FridayArtistic freedom and human rights groups...
Read more
Asia-Africa

"A Promised Land" by former President Barack Obama is displayed in the window of a New York bookstore on November 18, 2020I am...
Read more
Asia-Africa

Young artists protest in front of the doors of the Ministry of Culture, in Havana, Cuba on FridayArtistic freedom and human rights groups...
Read more
Asia-Africa

Killing of Iranian scientist a ‘violation of human rights’: Qatar