Caroline Quentin Addresses Strictly Come Dancing Licking Backlash: 'Get A Sense Of Humour Or F*** Off'

Caroline Quentin has brushed off criticism she faced over a performance in last year’s Strictly Come Dancing, during which she licked professional partner Johannes Radebe.

The former Men Behaving Badly actor was one of 12 celebrities who signed up for Strictly last year, eventually becoming the fourth star to be sent home.

Reflecting on her Strictly journey during an interview with The Guardian, Caroline hinted it wasn’t the joyful experience most fans of the BBC dance show might expect.

“People say it’s an institution and … I felt a bit institutionalised by the time I came out.”

She continued: “It’s a bit like The Wizard of Oz. The wizard’s behind that screen and he is not the mighty Wizard of Oz. It’s impenetrable, opaque. It’s a machine.

“They all refer to Strictly as a well-oiled machine. It has to be. But, within that, I think it can become a little … insensitive to individuals.” 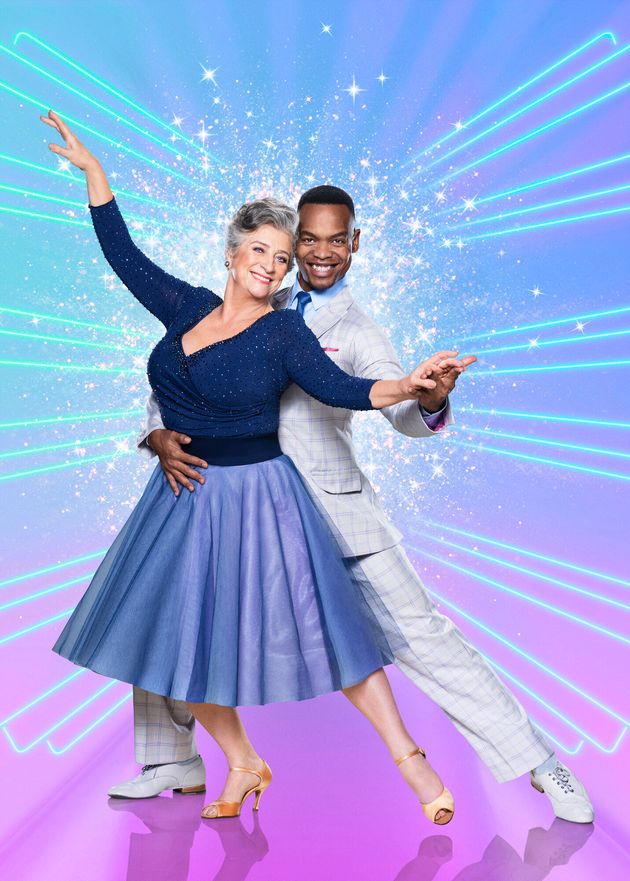 Caroline was also asked for her thoughts on the negative reaction her Cha Cha Cha received, after she licked partner Johannes during the number.

She said: “It would not have occurred to me that that would have been a problem. Not until Johannes came off, because he’s always looking at Twitter, and he went: ‘Oh God.’ I said: ‘What, Johannes?’ He went: ‘People don’t like the fact you licked me.’ I said: ‘Why not?’ He said: ‘You licked a Black man.’

Insisting Johannes was “completely complicit” in the gesture, Caroline added: “I am not a licker. I did not take it upon myself to lick him. We talked about it. It was consensual licking.

“It was meant to be funny… so get a sense of humour or fuck off. One or the other. I don’t care.”

Caroline and Johannes landed in the bottom two for the first time after their infamous Cha Cha Cha, and were sent home that week.

Eventually, Bill Bailey would go on to be crowned Strictly champion, with his partner Oti Mabuse becoming the first professional to ever win the show two years in a row.