Chancellor Rishi Sunak has warned there will be no “easy cost-free answer” as he vowed to “balance the books” following his spending splurge during the coronavirus crisis.

In his speech to the Conservative Party‘s virtual conference, Mr Sunak listed the various schemes he has introduced in a bid to shore up the economy amid the COVID-19 pandemic.

He hailed how the government “stood between the people and the danger and we always will”.

And Mr Sunak promised the “overwhelming might of the British state will be placed at your service” to those struggling financially, with ministers braced for millions to be left unemployed in the coming months.

Live coverage of the latest coronavirus news and updates

Coronavirus crisis: Where jobs have been lost across the UK

But, in a hint at tax rises or spending cuts in the future, the chancellor also used his noticeably short address to assure Tory members he would “protect the public finances”.

Mr Sunak set out his intention to “over the medium term” get the UK’s borrowing and debt “back under control”.

“We have a sacred responsibility to future generations to leave the public finances strong,” he added.

“And through careful management of our economy, this Conservative government will always balance the books.

“If instead we argue there is no limit on what we can spend, that we can simply borrow our way out of any hole, what is the point in us?

“I have never pretended there is some easy cost-free answer. Hard choices are everywhere.

“I won’t stop trying to find ways to support people and businesses. I will always be pragmatic.” 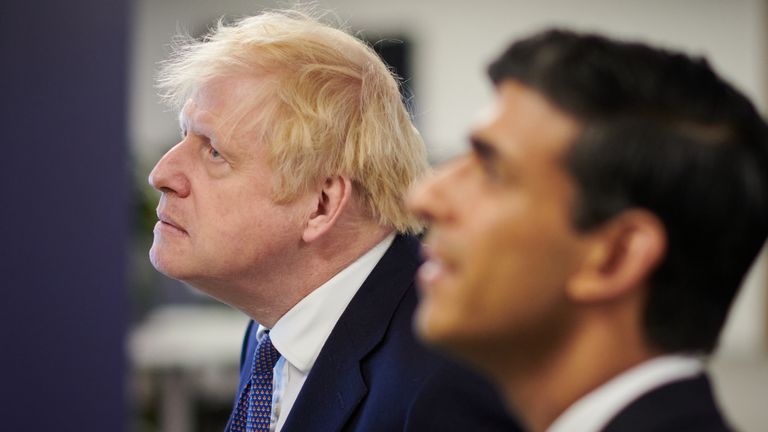 Mr Sunak said it was “only because of 10 years of sound Conservative management of our economy” that he had been able to “act with the pace and scale we have in responding to coronavirus“.

He promised to “not let talent wither, or waste, we will help all who want it, find new opportunity and develop new skills” during the UK’s economic recovery.

“I have always said I couldn’t protect every job or every business, no chancellor could,” the chancellor said.

“And even though I have said it, the pain of knowing it, only grows with each passing day.

“So, I am committing myself to a single priority – to create, support and extend opportunity to as many people as I can.”

Mr Sunak said he would “keep listening, keep striving to be creative” in the coming months and to “not give up, no matter how difficult it is”.

He also offered a tribute to Prime Minister Boris Johnson’s “invaluable” friendship, following recent reports of tensions between the chancellor and Number 10 over the possible future tax rises or spending cuts.

“We all know he has an ability to connect with people in a way few politicians manage. It is a special and rare quality.

“But what the commentators don’t see, the thing I see, is the concern and care he feels, every day, for the wellbeing of the people of our country.

“Yes, it’s been difficult, challenges are part of the job, but on the big calls, in the big moments, Boris Johnson has got it right and we need that leadership.

“Because we are only part way through this crisis.”

Responding to Mr Sunak’s speech, Labour’s shadow chancellor Anneliese Dodds said: “The chancellor spoke for just ten minutes today – and he had nothing to say to the millions of people whose jobs are now at risk because of his policies.

“Britain risks the worst unemployment crisis in decades and Rishi Sunak’s name will be all over it.”

Analysis: Sunak positions himself as a credible leader with insight and heart
By Kate McCann, political correspondent

It was much shorter than a traditional conference speech and Rishi Sunak packed his address, not with policy, but perhaps a more intriguing filling – a personal promise.

While he did list the Treasury’s interventions during the pandemic it was the tone of this speech that will really make a mark – more personal, more honest and much broader than just the numbers.

He promised the nation there was hope, spoke of the pain of knowing he can’t save every job, but pledged to never give up, no matter how difficult things get.

Mr Sunak talked of Conservative values and how the government would always stand in between the people and danger, as it had so far during the pandemic.

Not everyone will agree, but in a way that wasn’t the point of this speech.

There was no new policy and nothing about the spending review coming down the track, no warnings about tax or review of where things went wrong. 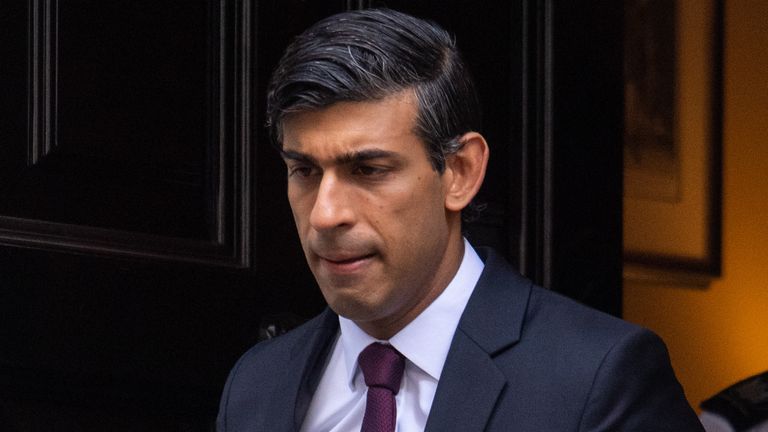 Image: The chancellor is braced for millions to be left unemployed

This was a personal pledge from a man in charge of the fate of families around the country.

Yes he praised the prime minister and went to great lengths to show there is no rivalry between the two men.

But, in reality, this speech was about positioning himself not just as a man in charge of the books but as a credible political leader with insight and heart too.

But the biggest question will be how this chancellor handles a second wave if one arrives this winter and the damage that will do to already struggling industries around the UK.

Boris Johnson has defended his refusal to extend free school meals for children in England over the half-term holiday, saying he was "very proud"...
Read more
UK_News

image copyrightPA MediaThe Duke of Sussex has admitted his upbringing as a member of the Royal Family meant he had no understanding of unconscious...
Read more
Asia-Africa

Boris Johnson has defended his refusal to extend free school meals for children in England over the half-term holiday, saying he was "very proud"...
Read more
UK_News

image copyrightPA MediaThe Duke of Sussex has admitted his upbringing as a member of the Royal Family meant he had no understanding of unconscious...
Read more
Asia-Africa