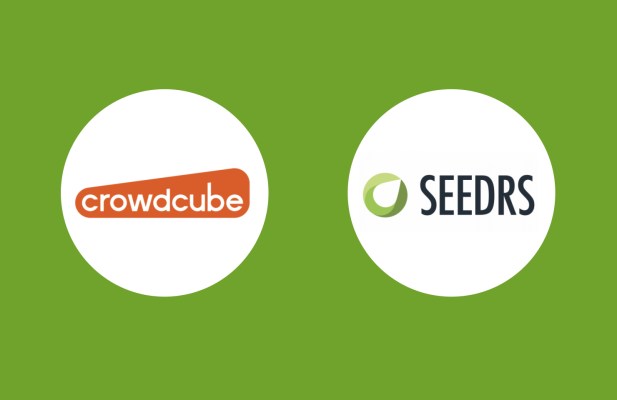 The two main crowd-equity fundraising platforms in the UK, Crowdcube and Seedrs, have agreed terms on a long-rumored merger, thus creating one of the world’s largest private equity marketplaces. The value of the merged company is $140m.

Jeff Kelisky, Seedrs’ CEO, will become CEO of the combined company, and Darren Westlake, Crowdcube’s CEO and co-founder, becomes executive chairman. The management team will include key people from both businesses.

Darren Westlake, CEO and co-founder of Crowdcube, commented: “Equity crowdfunding has redefined how many ambitious businesses raise investment and engage with their customers. Today’s agreement is an incredibly exciting milestone that will benefit high growth businesses, their investors who believe in their vision and the wider entrepreneurial ecosystem that supports them. Together with Seedrs, we can accelerate plans to further expand in the UK and overseas, launch innovative new products and improve our customers’ experience.”

Jeff Kelisky, CEO of Seedrs, said: “We are both fintech pioneers that have challenged the landscape of capital raising in Europe, building marketplaces for private equity investment. We believe that you need to be a player of greater scale to serve companies and the investors who support them. Now is the right time to bring our strengths together, in order to meet our common mission to deliver a step-change in the accessibility and efficiency within private company investing.”

The two investment platforms have faced-off against each other ever since Seedrs was founded 2009 by Jeff Lynn and Carlos Silva (but launched in 2012 after regulatory approval) and Crowdcube was in 2011 by Westlake and Luke Lang. According to Crunchbase, Seedrs has raised a total of £28.2M while Crowdcube has raised £30.7M.

Lynn told me: “It’s a growth opportunity. The market has actually continued fairly robustly through COVID-19, but we both believe that the best way to achieve true scale in the startup/SME equity funding space is to bring the best of both businesses together.”

Since 2011, £2 billion has been invested in campaigns on Crowdcube and Seedrs, putting through 1,500 companies through their respective platforms. Notable companies include including Brewdog, Revolut, Perkbox, what3words and Moneybox.

But although attracting startups from across Europe — while the UK was in the EU — most observers looked quizzically on how two large players in crowd equity could survive in a relatively mid-sized market like the UK.

In fact, while both have ridden the wave of investor interest in startups (and not just tech-oriented ones) over the last ten years, TechCrunch understands that the two firms had been discussing a merger for some time but had not yet seen the right moment until now.

The move makes sense. With both platforms going out to – largely UK – investors for their next stage, they would have been competing in the market with largely similar propositions.

Neither has sat on their laurels in the intervening years. Seedrs just recently launched its secondary market offering to all private businesses. While Crowdcube has continued to attract fund-raises from notable companies such as Curve.