Did Richard Leonard jump – or was he pushed by an unhappy Starmer?

Richard Leonard was certainly given a series of sharp nudges towards the exit door in the four months since he last survived an attempt to oust him.

Although the outgoing Scottish Labour leader claimed in his resignation statement that he had “come to the conclusion” to step down “in the best interests of the party”, sources suggest Sir Keir Starmer may have played a role.

Sir Keir is understood to have been unhappy at the Scottish party’s performance in opinion polls, but his team have declined to respond to claims that he asked Mr Leonard to stand down. 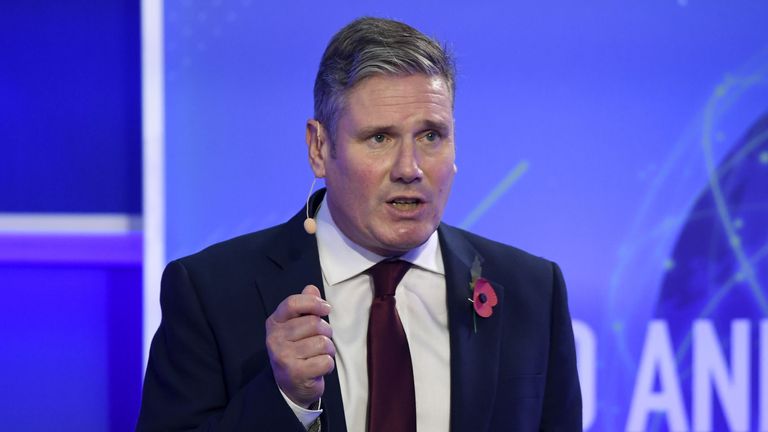 Image: Sir Keir knows that without a Scottish resurgence, he will find it difficult to ever get to Number 10

A spokesperson for Mr Leonard pointed to his statement for details of the reasoning behind his departure.

Labour MSP Neil Findlay, a friend of Mr Leonard, claimed his colleague had been subjected to a “three year campaign of briefings to journalists, leaks of private conversations and the constant feeding of stories to the media”.

As an ally of Jeremy Corbyn, Mr Leonard had become increasingly isolated.

He faced calls from some MSPs to resign, and had to deal with an exodus of senior Scottish party staff including his general secretary, deputy general secretary and director of communications.

After his resignation, both Nicola Sturgeon and Ruth Davidson described Mr Leonard as “decent”.

Yet over three years and three months in the top job, he was criticised for failing to raise his profile, with research suggesting many Scots did not know who he was.

His electoral record includes losing six of the party’s seven MPs at the 2019 general election, and taking the party to fifth place in the European elections of the same year.

Scottish Labour deputy leader and Holyrood veteran Jackie Baillie will now temporarily take the reigns whilst a successor is chosen.

The frontrunner is MSP Anas Sarwar, who came second to Mr Leonard in the last leadership contest. 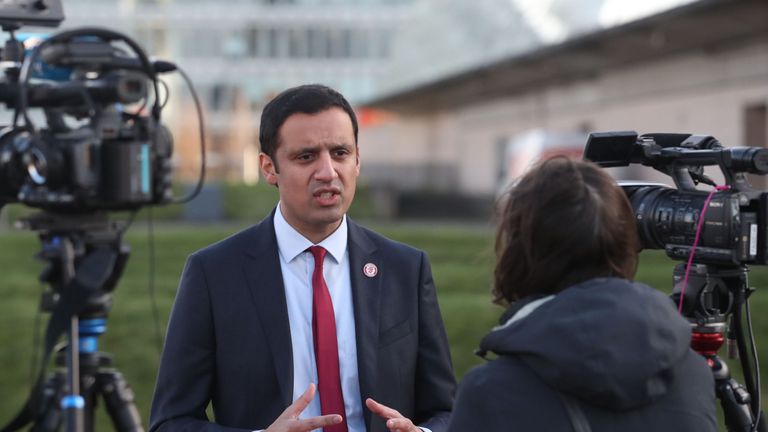 Mr Sarwar is seen as a smooth communicator, and has served at Westminster and Holyrood, as well as the party’s deputy leader.

However, critics claim his decision to send his children to private school makes it difficult for him to criticise the SNP’s record on education.

The other key contender, Monica Lennon, is less experienced but has gained plaudits and a profile boost from her period poverty campaign which led to Scotland becoming the first country in the world to make tampons and sanitary pads free to those who need them.

Whoever succeeds Mr Leonard will be the party’s sixth leader in a decade.

If polls are correct, in less than four months they will lead Scottish Labour to another punishing election defeat.

Yet Sir Keir will be hoping that a fresh start in both Westminster and Holyrood means Labour may eventually be able to rebuild north of the border.

He knows that without a Scottish resurgence, he will find it difficult to ever get to Number 10.