US president Donald Trump is set to remain in hospital “for a few days” as his condition appears to have worsened after testing positive for coronavirus.

Trump was airlifted to Walter Reed hospital on Friday evening “out of abundance of caution”, officials said, and will undergo treatment at the military hospital on the advice of doctors.

Trump, 74, will be moved to a special suite at the Medical Centre in Bethesda, Maryland, as doctors urged the move so the president could get immediate care if needed, they said.

Shortly after boarding Marine One, the president tweeted a video saying: “I’m going to Walter Reed hospital, I think I’m doing very well, but we’re going to make sure that things work out. The first lady is doing very well.” 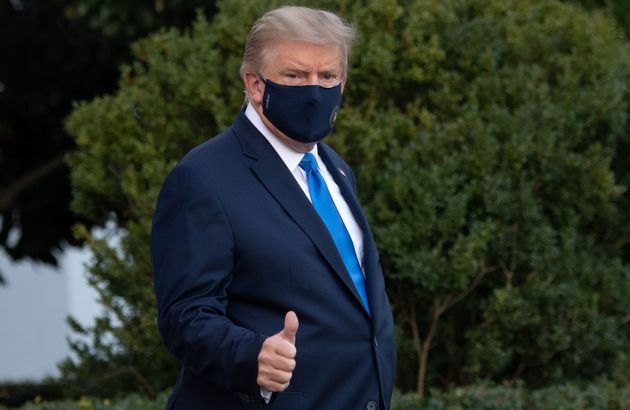 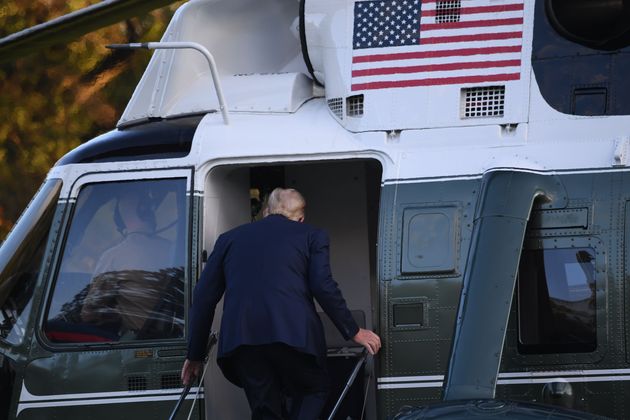 “President Trump remains in good spirts, has mild symptoms, and has been working throughout the day,” White House press secretary Kayleigh McEnany said in a statement.

“Out of an abundance of caution, and at the recommendation of his physician and medical experts, the president will be working from the presidential offices at Walter Reed for the next few days.”

Trump had a low-grade fever on Friday, reported multipleoutlets.

It emerged on Saturday that Trump had already been treated with an experimental cocktail of drugs – which are starting to be rolled out in hospitals across the UK – prior to leaving the White House, and has also been given Remdesivir.﻿

Trump, who has played down the threat of the coronavirus pandemic from the outset, wrote on Twitter on Friday that he and his wife Melania were going into quarantine after testing positive for the virus, which has killed more than 200,000 Americans and severely damaged the US economy.

Trump is at high risk because of his age and weight. He has remained in apparent good health during his time in office but is not known to exercise regularly or to follow a healthy diet.

The language shifted over the day, with White House officials initially majoring on the fact he was in “good spirits”.

Boris Johnson – himself previously hospitalised with Covid-19 – wished the president well on Saturday, telling reporters he thought the US president would “come through it very well”.

He added: “I think obviously everybody’s wishing him and Melania the very best and hoping that they recover speedily and I’ve no doubt that he will, he’ll make a very strong recovery.”

When asked if he had any advice for Trump, Johnson said: “I think that he will be doing exactly what the doctors tell him to do and I’m sure he will be having the best care he can possibly get.”

An overwhelming majority vote to tear up the dictatorship-era constitution and create a new one.
Read more

An overwhelming majority vote to tear up the dictatorship-era constitution and create a new one.
Read more