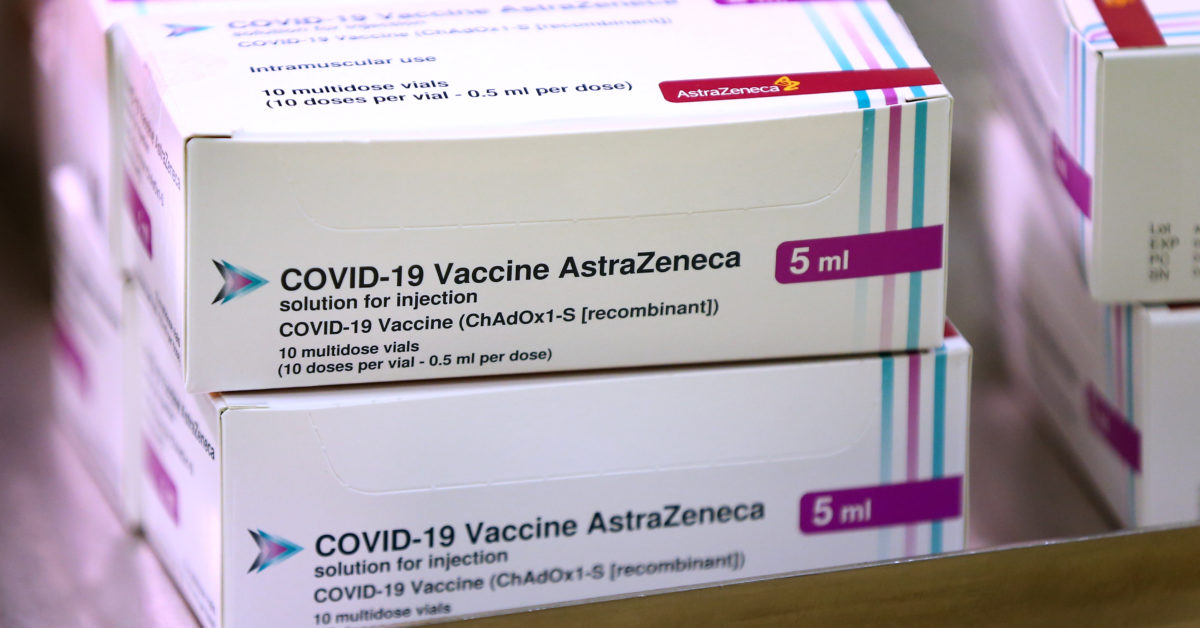 The European Medicines Agency on Wednesday backed continued use of the Oxford/AstraZeneca vaccine in all adults, in a statement confirming a “possible link” to “very rare” cases of blood clotting.

The statement following a fresh review by the regulator’s safety committee said the overall benefits of the vaccine in protecting against the coronavirus still outweigh the risks. The vaccine remains approved in the EU for anyone over the age of 18.

It’s the first time the regulator has confirmed a possible link between the Oxford/AstraZeneca vaccine and blood clotting. The EMA said that unusual blood clots with low blood platelets should now be listed as a very rare side effect.

It asked health care professionals distributing the jabs and those receiving it to “remain aware of the possibility of very rare cases of blood clots combined with low levels of blood platelets occurring within 2 weeks of vaccination.”

It said people experiencing symptoms including shortness of breath and chest pain after having the vaccine should seek urgent medical assistance.

Emphasizing the importance of continuing to use the AstraZeneca vaccine, Emer Cooke, executive director of EMA, told a press conference: “COVID-19 is a very serious disease with high hospitalization and death rates, and every day COVID is still causing thousands of deaths across the EU.”

“This vaccine has proven to be highly effective … it is saving lives,” she said.

The agency’s safety committee PRAC assessed 62 cases of cerebral venous sinus thrombosis (CVST) and 24 cases of splanchnic vein thrombosis reported across the European Economic Area and the U.K., 18 of which were fatal, according to the regulator.

Most of the reported cases have been in women under the age of 60 two weeks after being vaccinated. Regulators “have not confirmed” any risk factors.

EU regulators told journalists after the announcement that gender and age are not risk factors. Although most cases are in women under the age of 60, EU regulators pointed out that there are also cases of men with these blood clotting issues and people over the age of 60.

“Based on the current available evidence, specific risk factors such as age, gender or previous medical history of clotting disorders have not been able to be confirmed, as the rare events are seen in all ages and in men and women,” Cooke said.

“A plausible explanation for these rare side events is an immune response to the vaccine, leading to a condition similar to one seen sometimes in patients treated with heparin, called heparin-induced thrombocytopenia,” she added.

The announcement comes after Marco Cavaleri, the head of the EMA’s vaccine strategy, told Italian newspaper il Messaggero that it was “clear that there is a link” between the AstraZeneca vaccine and rare blood clots, but that the balance of risks and benefits still supported its use.

It is yet to be seen whether EU countries will follow the EMA’s guidance or continue to restrict the use of the vaccine as a precautionary measure. The vaccine is currently restricted to older populations in Germany, France, the Netherlands, Sweden and Finland, while Denmark has suspended its use completely.

Stating the EU regulator would continue to monitor the scientific evidence, Cooke said, “This case clearly demonstrates one of the challenges posed by large-scale vaccination campaigns. When millions of people receive this vaccine, very rare events can occur that were not identified during the clinical trials.

“EMA’s scientific assessment will continue to work on all recommendations around this vaccine,” she said, while noting that national decisions on how to use the AstraZeneca vaccine would depend on the specific situation in each country.

Peter Arlett, the head of data analytics and methods task force at the EMA, also noted that regulators are closely monitoring similar — albeit very small — reports of blood-clotting issues with Johnson & Johnson, another viral adenovirus vector vaccine, in clinical trials. The issue is part of the EMA’s risk management plan for the vaccine.

This story has been updated.