Bitcoin energy use 'bigger than most countries'

Garland confirmation is a stage for 4 of GOP's 2024 hopefuls 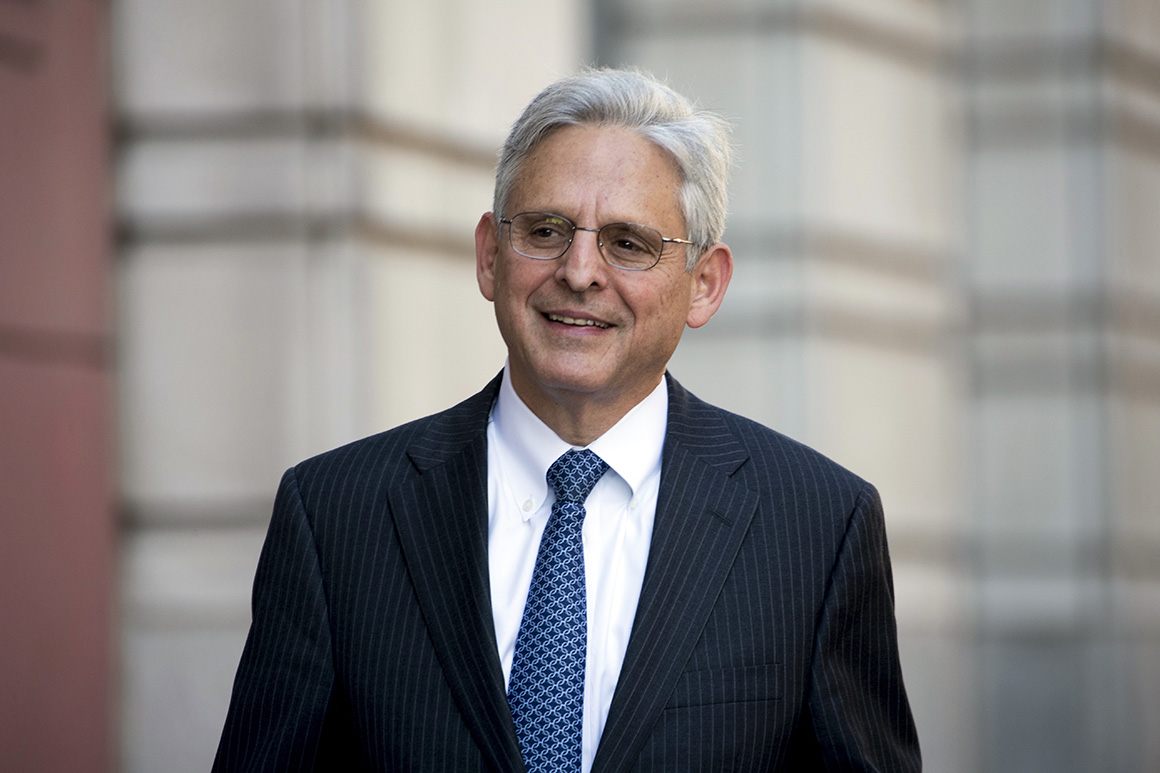 Merrick Garland appears on track for an easy confirmation hearing this week. But the attorney general nominee’s moment in the spotlight will once again be affected by presidential politics — as four 2024 GOP contenders get a stage to catapult their national brands.

Josh Hawley (R-Mo.), Ted Cruz (R-Texas), Ben Sasse (R-Neb.) and Tom Cotton (R-Ark.) all sit on the Senate Judiciary Committee, which on Monday starts its two-day hearing on Garland’s nomination to lead President Joe Biden’s Department of Justice. The committee has evolved in recent years into a powerful platform for members with broader political ambitions, and all four GOP senators are viewed as potential White House hopefuls for a party currently riven by internal strife.

Bruising confirmation fights can often lead to breakout moments for senators. Now-Vice President Kamala Harris rose to national prominence thanks in part to her incisive questioning of former President Donald Trump’s nominees. But the four younger Republicans on Judiciary this year are being advised to take a more delicate approach to Garland. The former federal judge is expected to receive widespread GOP support for his nomination, as the party seeks to show that its blockade of his 2016 Supreme Court nomination was not personal.

“Republicans need to be careful,” said Mike Davis, a former top GOP aide on the Judiciary panel. “Pick your battles.”

Davis, who now advocates for the confirmation of conservative judicial nominees as president of the Article III Project, advised GOP senators to thoroughly vet Garland and press him on the “the impartial administration of justice” but also limit the time they spend fighting Biden nominees who have bipartisan support.

“Unless something extraordinary comes out of Judge Merrick Garland’s confirmation hearing,” Davis added, “I doubt that anyone should be advocating for his defeat.“

Hawley is the only GOP senator so far to vote against every one of Biden’s Cabinet nominees. Neither he, Cruz, Cotton nor Sasse have signaled yet whether they’ll support Garland, though Sen. Lindsey Graham (R-S.C.), a former chair of the Judiciary panel, called the nomination a “sound choice” by Biden last month.

The four senators are already carving out starkly different lanes for themselves within the GOP as the party clashes internally over how or whether to move beyond Trump while still appealing to his legion of followers. Both Hawley and Cruz challenged the certification of the 2020 election results on Jan. 6, sparking bipartisan backlash from their colleagues. Cotton and Sasse both supported certification.

Of the committee’s four GOP senators in the mix for 2024, Sasse was the only one who voted to convict Trump during the impeachment trial.

While the Garland hearing is not expected to bring political fireworks, the GOP quartet — and other Republicans on the committee — could use his confirmation as a way to preview which policy fights they plan to wage with the Biden administration. The committee’s broad jurisdiction offers ample opportunity to weigh in on areas important to the party’s base, including immigration, judicial confirmations and DOJ’s investigation into Hunter Biden’s business dealings.

“It really is an opportunity for the Republicans — not so much to score points against Judge Garland, but to try to draw lines on legal, policy and constitutional questions,” said Ed Whelan, a conservative legal activist.

A Sasse spokesperson said that the Nebraska Republican plans to probe Garland’s views on the limits of executive powers as well as how he “plans to handle politically sensitive investigations in a way that can build confidence in the Department’s independence.” Sasse also will likely ask for a commitment “to bringing Jeffrey Epstein’s co-conspirators to justice,” the spokesperson said, referencing the convicted sex trafficker whose relationships with the political and business elite and whose death in jail has sparked a wave of conspiracies.

Welcome to Covid Court, where POLITICO’s Renu Rayasam issues rulings on how to get through the pandemic without losing your mind.

Cruz, meanwhile, sent a letter to Senate Judiciary Chair Dick Durbin (D-Ill.), signed by Hawley, Cotton and six other Republicans on the committee, that signaled he plans to press Garland on whether DOJ will investigate New York Gov. Andrew Cuomo’s handling of nursing home deaths from Covid.

Beyond signing that letter, however, neither Hawley nor Cotton have offered hints about how they plan to handle the Garland confirmation. Both of their offices did not respond to inquiries about Monday’s hearing. But Hawley developed a reputation in the previous Congress for aggressively questioning Trump nominees and went so far as to torpedo judicial picks he deemed insufficiently conservative. Cotton, who joined Judiciary just this year, is already a staunch critic of Biden’s immigration policies.

And although McConnell hasn’t said how he’ll vote, during Trump’s presidency he suggested to then-President Trump back in 2017 that Garland be appointed to lead the FBI.

Garland plans to highlight his law enforcement experience Monday, according to his opening statement.

“From all the possible candidates that President Biden could have chosen to run the Department of Justice … I think he’s picked somebody who a lot of Republicans should like,” said Christopher Kang, chief counsel at the liberal judicial advocacy group Demand Justice. “We’ll see. This will be an early test of what bipartisanship may exist in the Senate Judiciary Committee.”

The placement of four GOP 2024 presidential hopefuls on Judiciary this Congress comes amid a years-long crescendo of partisan clashes on the panel. Democrats are still seething over McConnell’s decision to block consideration of Garland to fill the Supreme Court seat left vacant after the death of Supreme Court Justice Antonin Scalia. And the confirmation fights over the high court nominations of Justices Brett Kavanaugh and Amy Coney Barrett only exacerbated those tensions.

Tracking the people, policies, and power centers of the Biden administration.

Kavanaugh’s confirmation in particular underscored the growing degree of presidential ambitions among members of the Judiciary Committee. In the last Congress, three panel Democrats — Harris, Amy Klobuchar of Minnesota and Cory Booker of New Jersey — all sought the White House. (Biden served as Judiciary chair for eight years during his decades in the Senate.)

Harris in particular developed a knack for generating viral moments with her sharp questioning of Trump’s picks.

Of the GOP’s four potential 2024 candidates on the committee, Cruz is the only one who ran in 2016, and he came the closest to beating Trump of any rival in that year’s primary. The Texas Republican, who came under fire last week for a trip to Cancun while his state faced crippling water and power outages, is currently polling below five percent among possible 2024 hopefuls, according to a POLITICO/Morning Consult poll. Hawley and Cotton also polled below five percent in the same poll.

While it’s too early to predict who the GOP 2024 front-runners will be, even an easy confirmation for Garland won’t change one fact: The fate of the federal judiciary will be critical to the courtship of conservative and evangelical voters concerned about issues like abortion and religious freedom, making the committee a critical forum for Republicans with higher aspirations.

“There’s no question that the Judiciary Committee is a more relevant and leveraged platform for presidential hopefuls than it was several decades before,” agreed one conservative legal leader. “The judicial reform and the legal policy issues are much more often used as gauges by voters and the donor class when they evaluate political candidates today than it was before.”

Bitcoin energy use 'bigger than most countries'