Georgia preps for war with Senate majority on the line

Democrats and Republicans are gearing up for an unprecedented two-month battle for control of the Senate that centers on just one state: Georgia.

Democrats failed to deliver in Senate battlegrounds this week, but both parties are still short of a majority in the chamber. So now Georgia holds the keys to control of the Senate, with both of the state’s races appearing likely to head to runoffs in early January. And with Joe Biden favored to win the presidency, Democrats could win control of a 50-50 Senate if they flip both seats.

With the stakes so high, the state is likely to see tens of millions of dollars pour in from small donors and super PACs from both parties ahead of the Jan. 5 runoffs.

Already, high-dollar donors have begun lining up behind an effort to pour resources into the Georgia races, according to several Democratic donors and donor advisers, who described a flurry of phone calls on the matter to refocus funds. The anti-abortion group Women Speak Out PAC announced a $4 million expenditure on Thursday for the two races, for example, and the traditional GOP apparatus is already soliciting contributions.

“The fate of the Senate Majority is on the line in Georgia. If you don’t step up now, Schumer and the Dems take control,” the National Republican Senatorial Committee wrote in a text message to donors Thursday afternoon, with a link to the committee’s donation page. 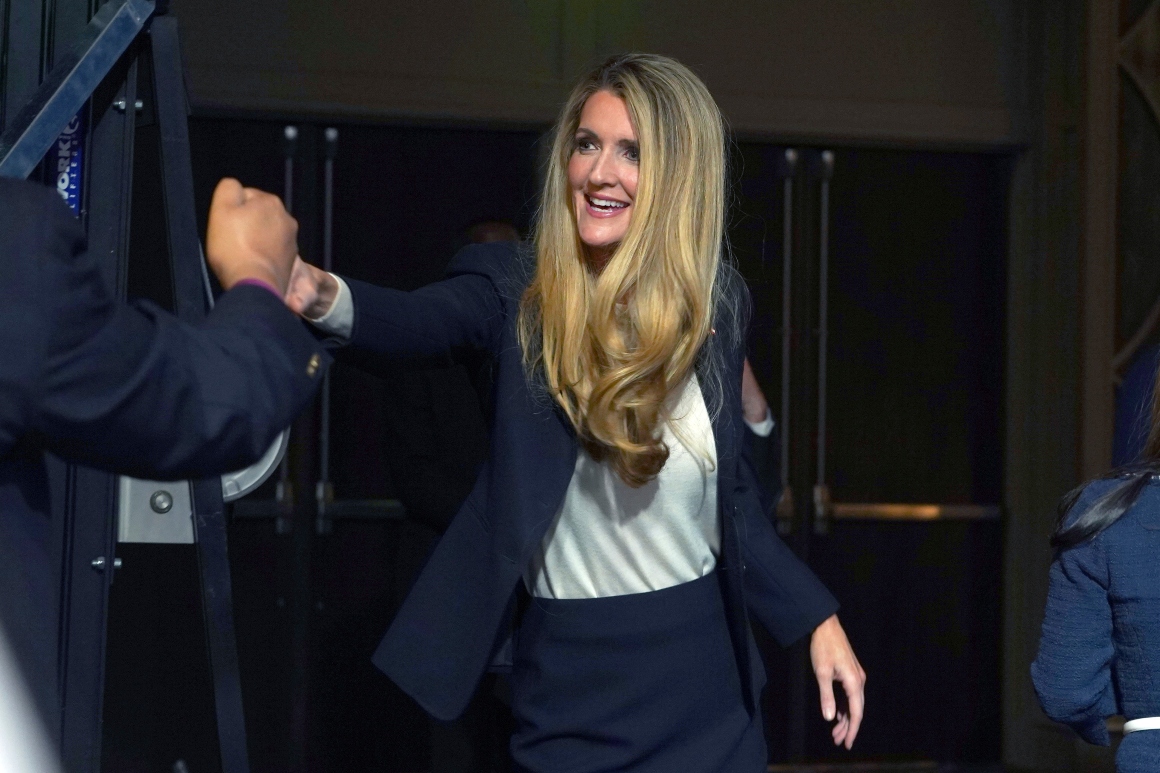 The race between GOP Sen. David Perdue and Democrat Jon Ossoff had not been called as of Thursday afternoon, but Perdue’s share of the vote was slightly below the 50 percent threshold necessary to win the race outright. Loeffler, who was appointed to her seat when Sen. Johnny Isakson (R-Ga.) retired, will face Warnock in a runoff for the special election to fill the remainder of Isakson’s term.

It will be an uphill battle for Democrats in particular, who will need to juice voter turnout for the runoffs, which historically see lower voter participation rates.

But the sky-high stakes of the twin races — neither Republicans nor Democrats secured a Senate majority after Election Day — paired with the huge sums of cash expected to flow into the state are certain to make them competitive.

Indeed, Democrats have reasons to be optimistic — namely, that Joe Biden could narrowly win Georgia this year after decades of GOP dominance, though the race there has not been called and remains extremely close. Both Loeffler and Perdue are close allies of President Donald Trump, and they have hewed closely to him throughout the campaign.

And Democrats see the twin races as a chance for redemption, after they failed to live up to expectations in other battleground states during this cycle.

“I think there’s some energy to finish the job,” said one Georgia Democratic operative, who requested anonymity to discuss the races before they were officially set. “We came up short on the plan to take back the Senate, and having a second swing at it feels like something to get off your sofa for in the middle of the holidays. I think people are going to be motivated.”

Before the Georgia races are decided, Republicans are likely to end up with 50 seats in the Senate, to Democrats’ 48. Both parties currently hold 48 seats, and Republicans have leads in North Carolina and Alaska, though neither state has been called yet.

If Democrats manage to win both Georgia seats and Biden becomes president, a 50-50 Senate would hand the majority to Chuck Schumer, with Vice President-elect Kamala Harris casting the tiebreaking votes. If Democrats fall short, Mitch McConnell would remain the majority leader.

“Donors’ attention is first on making sure that this election is won [for Joe Biden],” said Adrianne Shropshire, executive director of BlackPAC, a group focused on mobilizing Black voters, “but there’s also awareness that now attention needs to be turned — and there’s been preparation on it already, given the assumption for several weeks there’d be one or two runoffs — on those Georgia runoffs, so that’s where we are now.”

Steve Phillips, another Democratic donor who founded Democracy in Color, also said he has started to field calls from donors.

“I’m going to be trying to align and advise as many people as possible to move their resources primarily into the infrastructure that can increase voter turnout,” he said, citing Stacey Abrams’ 2018 gubernatorial race — when she narrowly lost her bid but dramatically improved voter participation — as the blueprint for the two runoffs.

There are some lingering fears that after the 2020 cycle, some donors’ cash might be heading into an abyss since Senate Democrats had unprecedented sums of money at their disposal but still failed to flip additional GOP seats. 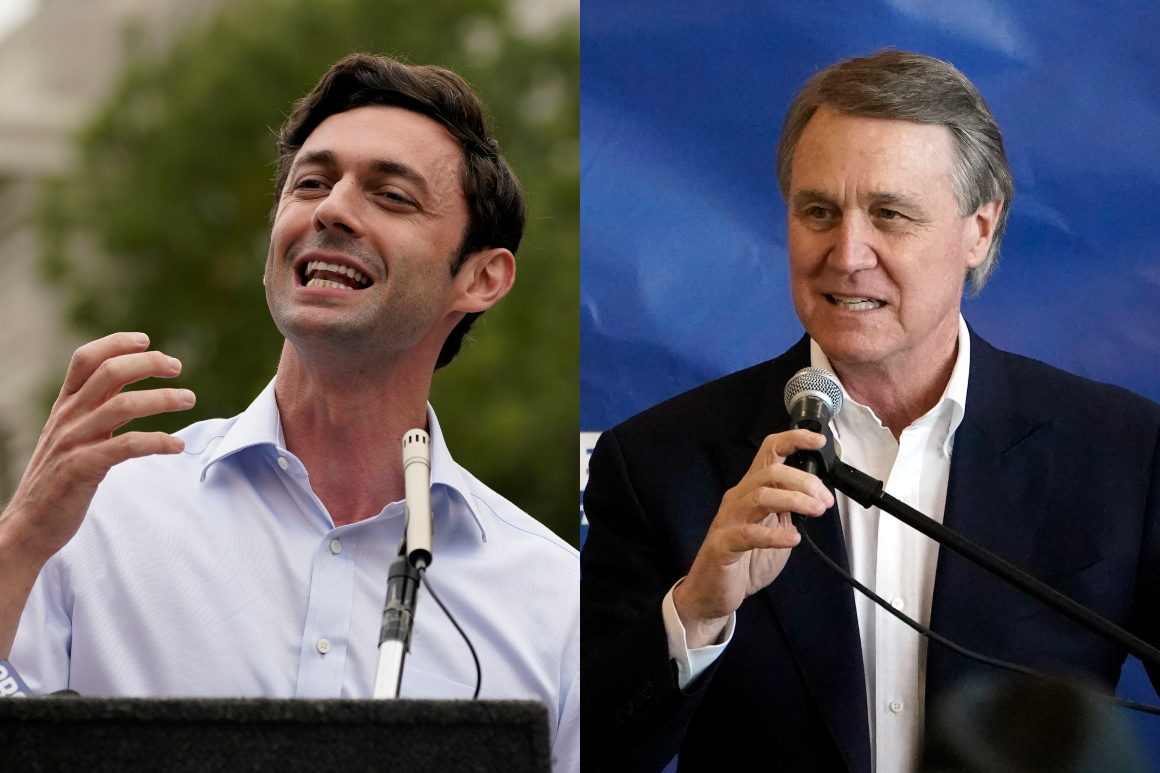 “There are a lot of big Democratic donors who are total diehards, and they’re already preparing to turn to Georgia,” said one New York-based Democratic donor. “But there are other donors who are saying, ‘we raised millions for the Senate and they didn’t flip it, so clearly money isn’t the answer and maybe you have bigger problems that money can’t fix.’”

It’s only a matter of time until some other outside groups with deep pockets dive in. Senate Leadership Fund, a super PAC aligned with McConnell, spent $36 million in the lead-up to November on the Perdue race alone, and is likely to be heavily involved in the runoffs. Senate Majority PAC, which is aligned with Schumer, spent $27 million on advertising and also invested heavily in field and turnout operations in the state.

“We are committed to helping both Rev. Raphael Warnock and Jon Ossoff win these seats in January,” said Rachel Irwin, a spokesperson for Senate Majority PAC.

Still, the outside effort isn’t off the ground yet. It’s a dynamic that played out throughout the fall, as Warnock ran positive messages highlighting his biography while Republicans fought an internal war over who would advance to the runoff. But that’s about to change dramatically as the GOP hits come in, which Warnock alluded to in his ad. A narrator jokes that Warnock eats pizza with a fork and knife and hates puppies.

“Get ready, Georgia. The negative ads are coming,” Warnock says in the ad. “Kelly Loeffler doesn’t want to talk about why she’s for getting rid of health care in the middle of a pandemic, so she’s gonna try and scare you with lies about me.”

Stephen Lawson, Loeffler’s spokesperson, previewed some of those attacks in a statement, in which he called Warnock “the most radically liberal candidate in the country who has called our police officers gangsters, thugs and bullies, supported trillions in new tax increases, and endorsed Jeremiah Wright’s ‘God Damn America’ agenda.”

Both parties need to begin their operations quickly. The registration deadline is Dec. 7. The earliest date for absentee ballots to be mailed for the runoff is Nov. 18, according to the Georgia secretary of state’s calendar. In-person early voting begins Dec. 14.

Both Perdue and Ossoff’s campaign managers released statements on the potential runoff, expressing confidence in their messages and strategies extending successfully into January.

Ben Fry, Perdue’s campaign manager, said in a statement that if “overtime is required when all of the votes have been counted, we’re ready, and we will win.”

Ellen Foster, Ossoff’s campaign manager, said they were confident voters in January would turn out to vote for him and “to defend their health care and put the interests of working families and small businesses ahead of corporate lobbyists.”

“Georgia is clearly now a purple battleground state,” said Scott Fairchild, executive director of the DSCC, calling Perdue a “scandal-plagued incumbent who can’t defend his record of outsourcing and corruption.”

Kevin McLaughlin, who heads the NRSC, countered that Perdue “won this race in regular time and will do the same in overtime.” He said the state has rejected Ossoff’s “liberal, socialist agenda” already, and would do so again.

shareSharenocloseShare pagelinkCopy linkAbout sharingimage copyrightReutersDonald Trump has said he will leave the White House if Joe Biden is formally confirmed as the next US...
Read more
Asia-Africa

Boris Johnson is facing a revolt from his own MPs after it emerged that 99% of England's population will fall under the two toughest...
Read more
Asia-Africa

WELLINGTON: Diplomats like to remain neutral but Nanaia Mahuta let the veil slip a little when a winner was declared in the US election by tweeting...
Read more

shareSharenocloseShare pagelinkCopy linkAbout sharingimage copyrightReutersDonald Trump has said he will leave the White House if Joe Biden is formally confirmed as the next US...
Read more
Asia-Africa

Boris Johnson is facing a revolt from his own MPs after it emerged that 99% of England's population will fall under the two toughest...
Read more
Asia-Africa

WELLINGTON: Diplomats like to remain neutral but Nanaia Mahuta let the veil slip a little when a winner was declared in the US election by tweeting...
Read more