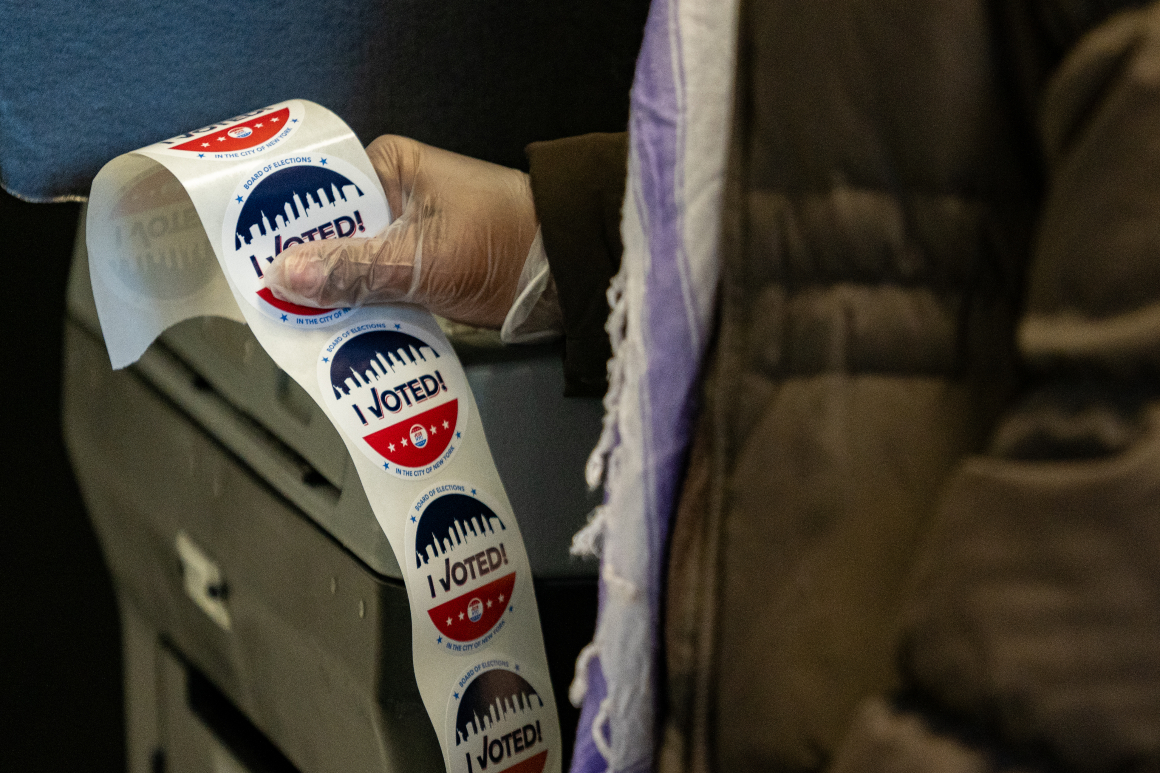 The GOP’s centralized voter data hub has orchestrated a shakeup in its top ranks, amid concerns from top Republicans about the party’s data infrastructure following the 2020 election.

Matt Lakin, who had been serving as president and chief executive officer of Data Trust, will be stepping down from the position, according to two people familiar with the move. Chris Carr, a veteran party operative who was a senior official on former President Donald Trump’s reelection effort, will take over Lakin’s position on an interim basis.

Carr was initially brought into Data Trust late last month as a senior adviser. At the time, top Republicans said his role would include conducting a “listening tour” to hear out concerns within the party.

Data Trust, which describes itself as “the leading provider of voter and electoral data to Republican and conservative campaigns, parties, and advocacy organizations,” plays a key role in the GOP political machinery. The organization’s bank of voter data is a key building block in tools that campaigns and party groups use to predict who will turn out to the polls and which of those voters Republican candidates should target. The party uses that data to reach voters by phone, online, direct mail or through in-person canvassing.

Data Trust, which was founded in 2011, boasts that it has collected data on over 300 million people. The group’s clients span the GOP ecosystem, including major party organizations like the Republican National Committee to the Republican Governors Association.

But following the loss of the White House and the Senate in 2020, some top Republicans have voiced complaints about the pace of innovation and voter file updates at Data Trust.

Carr is a longtime party strategist. Prior to serving as political director on Trump’s reelection effort, Carr had top roles at the RNC and the National Republican Congressional Committee. During the 2012 election, he oversaw Republican nominee Mitt Romney’s campaign in Nevada.

Lakin joined Data Trust in 2014 and became CEO in 2017. He is also a veteran of Capitol Hill, having worked for former GOP Rep. Eric Cantor.

Henry Barbour, the chair of Data Trust’s board, credited Lakin in a memo to be released to Data Trust clients Friday for creating “a substantial data gap over those on the left." Barbour said he had “personally cultivated and led a dedicated team of data experts who will benefit Republican clients for decades to come.”

“While Matt’s departure leaves a big hole, we are fortunate Chris will take the helm at Data Trust and keep us focused on helping our clients win elections,” Barbour added. "The Data Trust Board has full confidence in Chris and is excited to work with him.”

RNC Chair Ronna McDaniel said in a statement: “I am confident Chris will be a fantastic leader of Data Trust to help the organization continue to improve the already phenomenal product it provides to Republican candidates and causes across the country.”