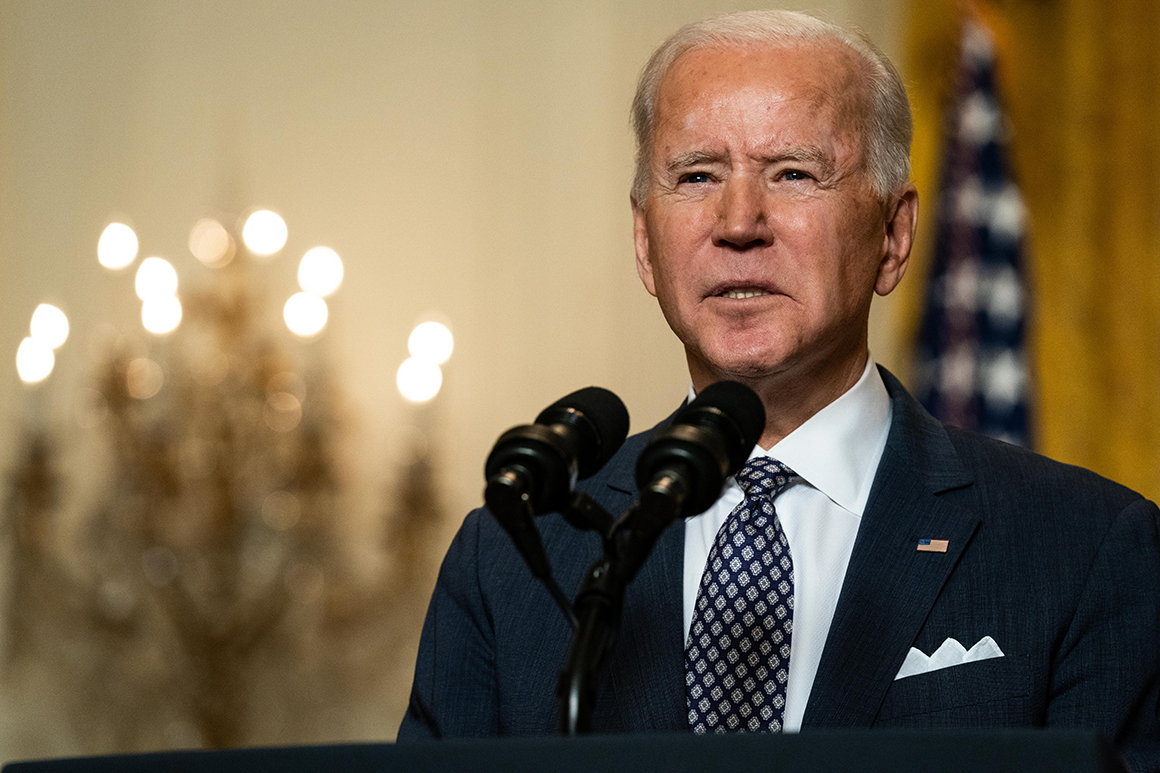 A coalition of advocates for more access to government information and deliberations are urging President Joe Biden to make transparency a higher priority. | Anna Moneymaker-Pool/Getty Images

When President Joe Biden was sworn in last month, he signed 17 executive orders and other directives. None was focused on transparency.

Now, a coalition of advocates for more access to government information and deliberations are urging Biden to make such openness a higher priority and to reverse what they contend was a deterioration in public access to the inner workings of government under former President Donald Trump.

“Transparency is foundational to a government of the people, by the people, for the people,” the leaders of 43 organizations backing open government wrote in a joint letter sent to Biden on Monday and obtained by POLITICO. “We call on you to embrace open government as one of your administration’s most important priorities and one of the most consequential legacies that your presidency could bequeath to future generations.”

Although Biden’s presidency is now more than a month old, the groups urged Biden to stress to officials across the federal government that transparency is “a pillar of democratic governance and the responsibility of all federal employees, particularly agency heads.” (The letter observes in a footnote that many of the same groups proposed a “Day 1” memo on that topic.)

“Disclosure, candor, and accessibility should be the default operating mode of our government,” the groups wrote.

Biden has taken some steps in that direction since taking office by vowing to resume publication of White House visitor logs and pledging cooperation with congressional efforts and litigation aimed at exploring the roots of the storming of the Capitol last month.

The open-government organizations also asked Biden to underscore the importance of compliance with the Freedom of Information Act, including 2016 amendments that said exemptions from disclosure could only be invoked to protect against a “foreseeable harm.” Advocates are also pushing for more proactive disclosures, in which records are made public online by agencies without anyone making a formal request.

The groups, led by the American Civil Liberties Union and the Knight First Amendment Institute at Columbia University, are also pushing for “sweeping” changes to rein in what they describe as pervasive over-classification of government records on national security grounds.

Openness promoters want Biden to issue direct orders declassifying specific types of records, like Justice Department legal opinions and reports detailing torture of suspects in U.S. custody following the Sept. 11 attacks, as well as a directive to reform the prepublication review system that often delays or bottles up books former officials seek to write about their time in government service.

The new letter also pushes Biden to make sure records that may reveal wrongdoing by Trump administration officials in areas like immigration are not swept under the rug by policies that may allow those files to be deleted in as little as three years.

“Evidence of federal officials’ malfeasance or incompetence and records that are slated for scheduled destruction despite stakeholder objections, such as detention and civil rights complaints held by Immigration and Customs Enforcement, should be given special attention,” the organizations wrote.

While aspects of the missive are focused on exposing wrongs of the past, the pro-transparency groups insist openness is key to Biden keeping his own new administration out of trouble.

“As our country’s history has shown us time and time again, when government secrecy proliferates, so do civil liberties violations and obstacles to democratic accountability,” the organizations wrote.