President Donald Trump knew he may have been exposed to Covid-19, was experiencing mild symptoms and was tested Thursday, his doctor said at a news conference Saturday.

Trump traveled to a fundraiser in New Jersey anyway, possibly exposing attendees, staff and others to the deadly virus that has killed more than 208,000 Americans.

The timeline Trump physician Sean Conley outlined offered the clearest evidence yet that Trump had, at the very least, serious reason to suspect he had Covid-19 yet continued behaving as if he did not.

Conley said Trump was tested Thursday afternoon after a positive test result from a close contact he declined to identify but is likely aide Hope Hicks. She received a result Thursday morning, though senior officials tried to keep it from the public, Bloomberg News reported.

Trump had a fever “Thursday into Friday,” Conley said, as well as a “mild cough and some nasal congestion and fatigue.” He received the test result Thursday evening, Conley said. The president went through a “very concerning” period Friday, White House chief of staff Mark Meadows said Saturday.

Still, the timeline Trump’s medical team put forward is extremely muddled. Conley told the news conference that Trump was “72 hours” into his diagnosis, which would mean he knew as early as Wednesday, when he attended another fundraiser in Shorewood, Minnesota.

Trumpbegan receiving antibody therapy about 48 hours ago, another member of the medical team said, which suggested it started on Thursday — even before Trump attended the New Jersey fundraiser and had a confirmed positive test.

About two hours later, Conley issued a memo saying that was incorrect and that the doctors meant to say he was diagnosed Thursday evening and began treatment on Friday.

Conley declined to tell the news conference when and where Trump likely became infected: “We’re not going to go into that. As far as his care, it’s irrelevant.”

But it’s not irrelevant to the countless others who may have been infected. Trump’s lax response to the virus, politicisation of masks and insistence on reopening businesses and public spaces has been a major factor in the US death toll.

The latest news implicates Trump as a superspreader in an even more direct way: At least eight people who gathered at the White House on September 26 to celebrate Trump’s nominee for the Supreme Court have tested positive after foregoing masks, hugging and shaking hands.

Multiple other members of Trump’s inner circle tested positive this week, possibly because of exposure during preparations for Tuesday night’s debate or at other events.

And for all of those confirmed cases, countless more may have been infected without willingly putting themselves at risk: people working the events, such as waiters, cleaners, support staff, Secret Service agents, military personnel and others who had little choice in attending. Those people run the risk of affecting their families and communities without the guarantee of medical care that the president, his family and high-ranking lawmakers can expect. 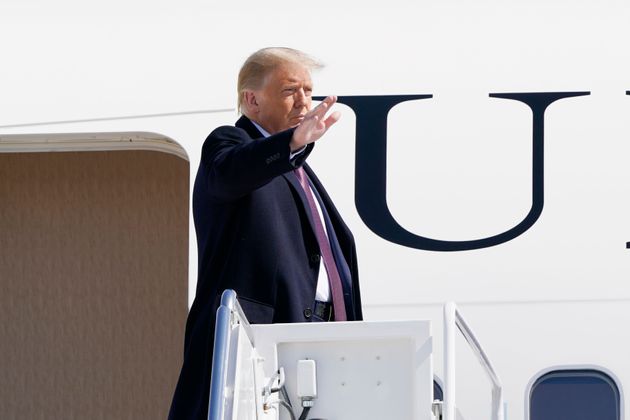 The White House medical unit and the Centers for Disease Control and Prevention are currently doing contact tracing, Conley said. But as HuffPost reported Friday night, contact tracers in New Jersey were still trying to get a full list of those potentially infected at Trump’s fundraiser.

When Trump became infected is essential for contact tracing and informing those whom he may have exposed to the virus. That his medical team refused to provide a clear answer means the public is in the dark about whom the president may have knowingly put in danger. Also unclear is when first lady Melania Trump first showed symptoms.

The Virus Creeps Through The GOP’s Top Ranks

The genesis of the spread among high-ranking GOP officials is also unclear. Republican National Committee Chairwoman Ronna McDaniel found out Wednesday that she tested positive for Covid-19. The last time she interacted with Trump was September 15, sources told The New York Times, and the RNC said she has been isolating at home since.

On Tuesday, Trump showed up to the first presidential debate too late to be tested, moderator Chris Wallace said. Organisers relied on self-reporting symptoms and test results. As of Friday, at least 11 cases were tied to the debate, which host city Cleveland said were tied to “pre-debate planning and setup.” Trump’s family declined to wear masks despite pleas from organisers to do so.

Former New Jersey Governor Chris Christie, who helped Trump prepare for the debate and attended the Supreme Court nomination event, has since tested positive for Covid-19. 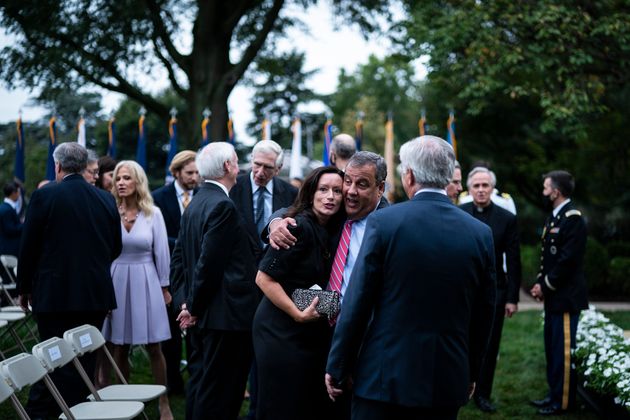 Trump has spent months downplaying and spreading misinformation about Covid-19, repeatedly insisting that the nation has “turned the corner”. At Tuesday’s debate, he mocked Biden for wearing a mask too much and insisted that Trump’s large, sometimes indoor campaign events have “had no negative effect”.

A Trump rally in Tulsa, Oklahoma, in June was the “likely” source of a surge in coronavirus cases in the area, according to the Tulsa City-County Health Department. Former 2012 presidential candidate Hermain Cain and six of Trump’s campaign staffers tested positive for the virus after the event; Cain died a month later.

But apparently as long as it doesn’t affect Trump, he seems to be OK with it. “I’m on a stage, and it’s very far away,” Trump told the Las Vegas Review-Journal in mid-September. “And so I’m not at all concerned.”

Little Indication Of Change At The White House

Vice President Mike Pence, who has twice tested negative for Covid-19 but has been in contact with others who tested positive, is holding an in-person campaign event on Thursday in Peoria, Arizona. The event listing on the campaign site makes no mention of masks but does include the campaign’s standard language: “In attending the event, you and any guests voluntarily assume all risks related to exposure to Covid-19, and waive, release, and discharge Donald J. Trump for President … from any and all liability.” 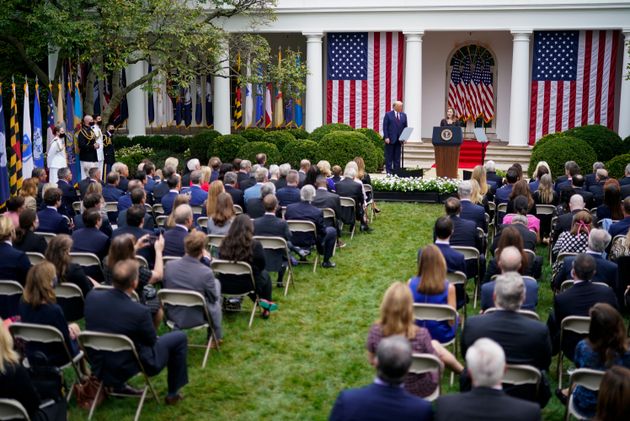 Attorney General Bill Barr, who has also tested negative, is reportedly declining to self-isolate even though he was in close contact with people who tested positive, and results can often change days after exposure.

Majority Leader Mitch McConnell said Saturday that he would push back other Senate business until after October 19 but that the Judiciary Committee would nevertheless begin confirmation hearings for Supreme Court nominee Amy Coney Barrett on October 12.

Three Republican senators have tested positive for Covid-19 in the past few days. Two of them — Senators Mike Lee and Thom Tillis — sit on the Judiciary Committee and may have already infected others. Both have said they intend to isolate for just 10 days, which is short of the 14 days the CDC recommends but would allow them to attend the hearing.

Trump has spent months trying to ignore and downplay the virus. A Cornell University analysis this week concluded Trump is “likely the largest driver of the Covid-19 misinformation.” That much does not seem to be changing.

A HuffPost Guide To Coronavirus

Everyone deserves accurate information about COVID-19. Support journalism without a paywall — and keep it free for everyone — by becoming a HuffPost member today.