Downing Street has rubbished claims the prime minister’s fiancee, Carrie Symonds, has taken a central role in running the country.

A think tank, which counts Conservative MPs and peers among its members, this weekend called for an independent inquiry into the “position and authority” of Ms Symonds.

It follows speculation about the influence of Boris Johnson’s partner following another reshuffle of Downing Street staff. 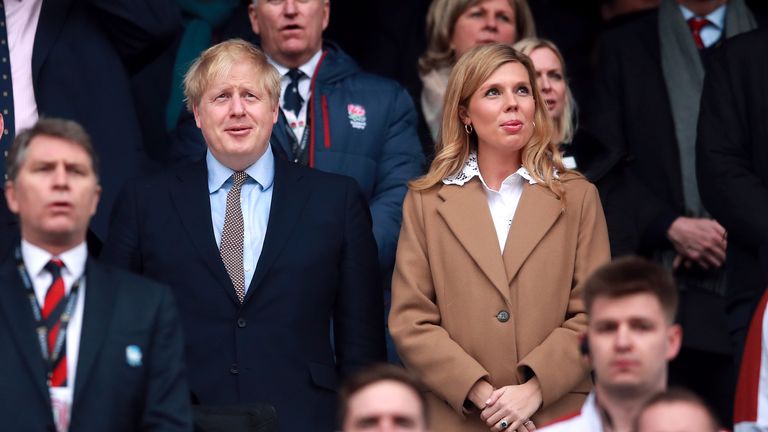 Image: Ms Symonds is due to take up a new role with an animal charity

Asked about the demand by the Bow Group think tank, Boris Johnson’s press secretary Allegra Stratton said there was “no response to that at all”.

She stressed that the prime minister was focussed on the coronavirus pandemic and his plan for lifting lockdown restrictions.

Pressed on whether Ms Symonds was taking a central role in running the country, Ms Stratton replied: “It’s incorrect – the prime minister’s fiancee is on maternity leave, she’s raising their son Wilf and shortly she will be taking up a new role at the wildlife charity the Aspinall Foundation.”

The Bow Group have called for an inquiry to “examine the full spectrum of Ms Symonds’s interference and influence”.

The think tank highlighted the appointment of Ms Stratton and, more recently, Henry Newman and Baroness Finn as Downing Street aides, with the trio all said to be friends of Ms Symonds.

They also referred to Ms Symonds’ reported role in the exit of former Vote Leave staff, including Dominic Cummings and Lee Cain, from Number 10. 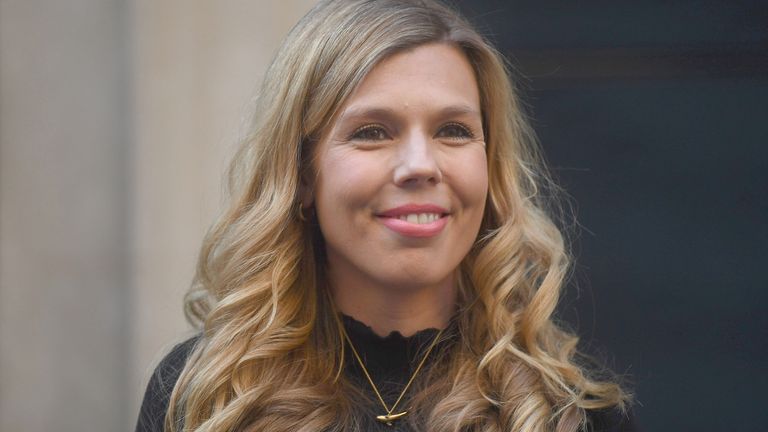 Image: Attacks on Ms Symonds have been criticised as sexist

Ben Harris-Quinney, the Bow Group’s chair, said: “She currently holds no official role in the Conservative Party or the government, yet consistent reports in the press suggest that Ms Symonds is taking a central role in running the country, without any authority or accountability to do so.”

Ms Symonds has previously worked as a special adviser for Tory MPs and used to be the Conservative Party’s head of communications.

She went on to work for an ocean conservation organisation and, last month, it was announced she had joined animal rights charity The Aspinall Foundation as its head of communications.

Attacks on Ms Symonds’ perceived influence in Number 10 have been criticised as sexist.

Subscribe to the All Out Politics podcast on Apple Podcasts, Google Podcasts, Spotify, Spreaker

“I don’t think she should have that kind of criticism laid at her door in any way at all,” she told the BBC.

“My view is your husband and partner is quite able to take decisions themselves. They have a huge team of advisers.

“The idea that you’re somehow influencing them over and above the advice they’re getting from their team is quite demeaning really.”