Denmark’s Eriksen is joking and in a good mood: Agent

It’s all change on Strictly Come Dancing spin-off It Takes Two this year, following the announcement Zoe Ball is leaving her presenting role after 10 years.

But fans will be seeing a familiar face in her place when the series returns, as Strictly professional Janette Manrara has been confirmed as her replacement, sharing hosting duties with Rylan Clark-Neal.

While that means we’ll be seeing a lot more of Janette on our screens, sadly it also means she’ll be leaving the Strictly dance floor behind, in order to focus on her new gig. 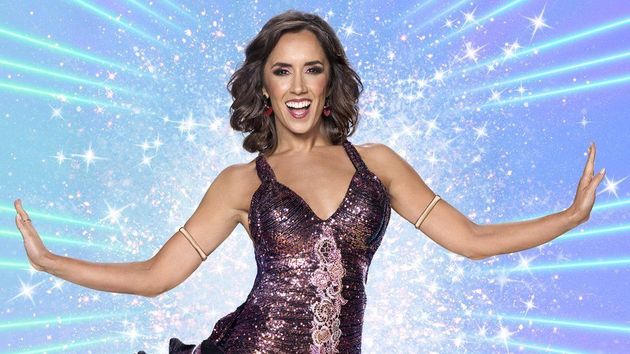 After joining the professional line-up in 2013 alongside now-husband Aljaž Škorjanec, Janette went on to become one of the show’s most popular dancers, and is also responsible for some of Strictly’s most memorable routines ever.

As she waves goodbye to the ballroom, we’re celebrating Janette’s new role with a look back at her most dazzling dance floor moments…

Janette’s partnership with Jake Wood was undoubtedly one of her best, as she took the soap actor from EastEnd hard man to a snake-hipped Latin dance king.

Their most memorable routine came early on in the competition, when they performed a sensational Salsa set to Mambo No.5.

Seven years on, and we still can’t get over that risky head-drop, leg-catch move.

If Janette and HRVY were not already seen as serious contenders for the Glitterball, then they certainly cemented their position as favourites in 2020 with their American Smooth during Musicals week.

It was a dazzling display set to One (Singular Sensation) from A Chorus Line that earned them 29 out of 30 from the judges.

They later chose to perform it again in the final where Craig finally got his 10 paddle out for it.

One of the most famous Movie Week performances ever saw Janette and Aston Merrygold take to the floor dressed as characters from Trolls in 2017.

Their Cha Cha Cha to Justin Timberlake’s Can’t Stop The Feeling took them straight to the top of the leaderboard in week three of the competition, scoring 35 out of 40.

Janette and HRVY’s Couple’s Choice will likely hold a very special place in the pro dancer’s heart, as it marked the first time in her seven years on Strictly that she’d picked up a perfect score from the judges.

While some Strictly fans have bemoaned the introduction of Couple’s Choice since its introduction in 2018, the pair’s stunning Street Commercial routine to Coldplay’s A Sky Full Of Stars serves as proof of why it is still in place.

On paper, a Paso Doble set to Nirvana’s Smells Like Teen Spirit probably shouldn’t have worked, but Janette and Aston pulled off what could have been an absolute disaster during Halloween Week in 2017.

We’re still not sure on that vocal, however.

Never let it be said that Janette didn’t give the people what they wanted. After leaving us all shook with her Salsa with Jake, she got those Max Branning hips back in action just a few weeks later, when the couple performed a Samba to the Macarena.

We’ve not been able to watch EastEnders in the same way ever since.

Perhaps Janette’s most emotional moment on the Strictly floor came in 2019, when she and Will Bayley performed a Contemporary routine as their Couple’s Choice.

Set to Lukas Graham’s 7 Years, the pair were praised for their moving storytelling, which netted them their highest score of the competition with 32 points out of 40.

Sadly, it also proved to be the couple’s last dance, as Will was forced to withdraw from the competition shortly afterwards after sustaining a knee injury during training.

As well as achieving her highest scores, last year also saw Janette reach her first ever Strictly final, meaning she was charged with choreographing her first Showdance.

Janette and HRVY threw everything they had at the disco-inspired number, which included elements of Cha Cha Cha, Salsa, Samba and even Charleston. We were also treated to a reprise of the famous head drop from her Salsa with Jake Wood.

Certainly a way to leave the Strictly dance floor.

Denmark’s Eriksen is joking and in a good mood: Agent