Jennifer Lopez was evidently in no mood to discuss her recent reconciliation with former fiancée Ben Affleck during a TV interview this week.

Following J-Lo’s split from Alex Rodriguez earlier in the year, it was heavily rumoured that she and the Gone Girl star had reunited, with paparazzi photos of the two together eventually surfacing.

On Tuesday, the star made an appearance on Today in the US alongside Lin-Manuel Miranda to discuss their new charity single, when presenter Hoda Kotb moved the conversation to Jen’s personal life.

“I need to have a little girl talk with my girl,” Hoda began. “You look happy!”

“I am happy,” Jen then coyly responded. “I’m always happy when you see me, Hoda.” 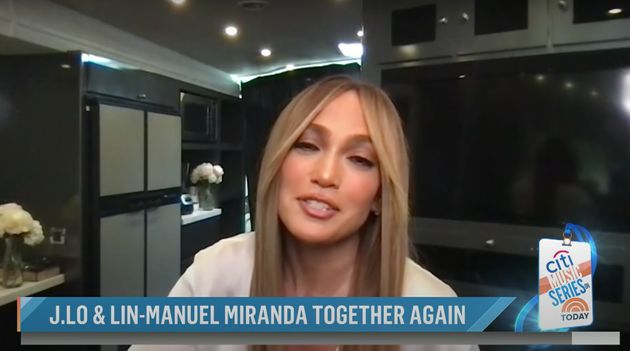 Hoda wasn’t letting up, though, continuing: “No, no, no. You look happier. Look, I have to tell you, every time I see a picture of you and Ben, I’m like, ‘she looks happier’. Are we happier?”

After a pause, Jen replied with a smile: “The song is out. Five years since we [first recorded it], and I believe that the message of loving one another and coming together – and love – is never more real than it is right now.”

The newly-reunited pair first began dating in 2002, earning the media nickname “Bennifer”, after meeting on the set of their ill-fated film Gigli.

During their two-year romance, the pair worked together on the film Jersey Girl, with Ben also appearing in the iconic Jenny From The Block music video.

After announcing their engagement in November 2002, they eventually went their separate ways in 2004, ultimately reuniting 17 years later.