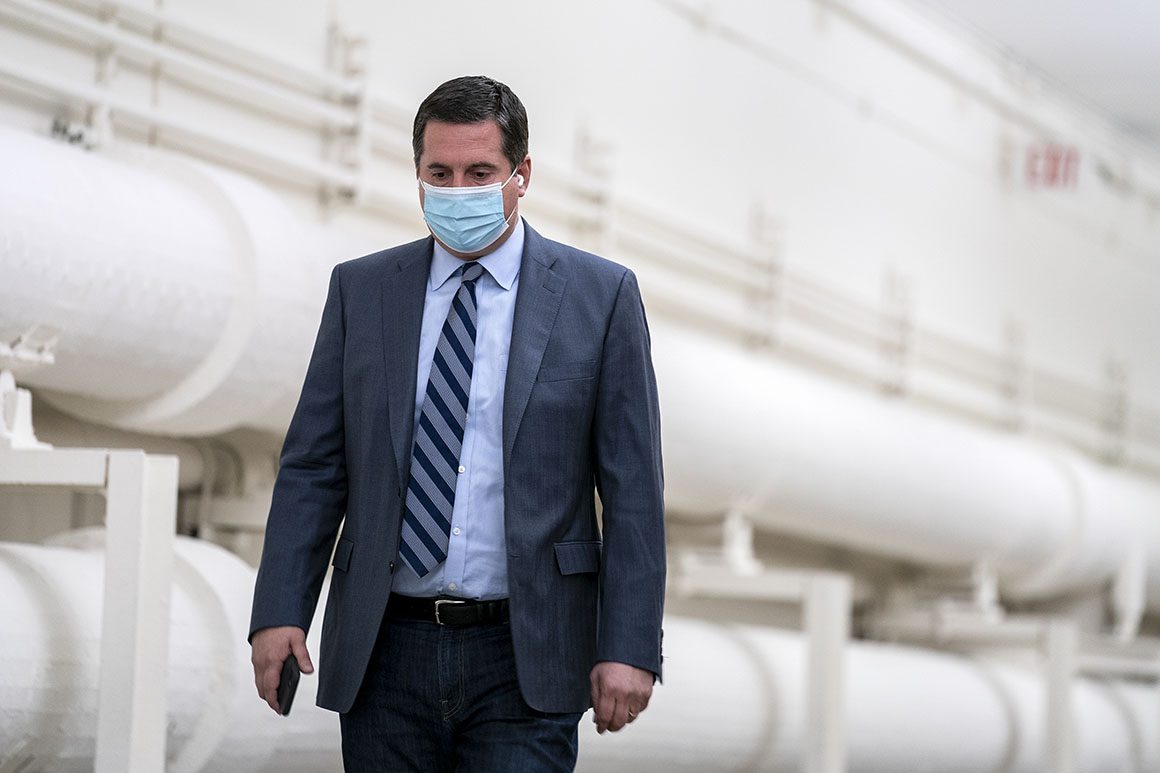 A federal judge has thrown out a lawsuit Rep. Devin Nunes filed in 2019 claiming he was libeled by CNN in reports alleging he was involved in an effort to dig up Ukraine-related dirt on Joe Biden.

CNN’s story asserted that a witness was prepared to testify that Nunes, then-chair of the House Intelligence Committee and a close ally of former President Donald Trump, met with former Ukrainian prosecutor Viktor Shokin in Vienna in 2018 to gather information that might be politically damaging to Biden.

Nunes adamantly denied the allegation and named CNN in a flurry of lawsuits he filed against news organizations in 2019.

CNN said it wasn’t vouching for the accuracy of the account about Nunes but was relaying testimony available from a witness to the matter, Lev Parnas, a businessman who worked closely with Trump lawyer Rudy Giuliani.

Swain dismissed the suit against CNN on a technical ground: She found California law applied to the case and Nunes had failed to request a retraction as required under the laws of the Golden State. Nunes’ lawyer had argued that the laws of Virginia or Washington, D.C., should apply, but the judge said it made the most sense to apply the laws of Nunes’ home state to the dispute.

“Plaintiff … argues that, if the Court were to look to the place where he suffered the greatest injury, the laws of either Virginia or the District of Columbia should apply because that is where he performs his role overseeing the activities of the Intelligence Community,” Swain wrote in her 18-page decision.

“Nunes does not proffer any additional facts that support his conclusory statement that he suffered substantial injury in either Virginia or District of Columbia, much less a greater injury there than in the home state that sends him to Congress as the representative of his district. His Amended Complaint alleges that he is a citizen of California and details his long family ties with, and extensive political service in and for, the state of California and its citizens,” wrote the judge, who is a Clinton appointee.

Nunes initially filed the suit in federal court in Richmond, Va., but a judge there granted CNN’s motion to move the suit to Manhattan. The network said the author of the web version of the story, Vicky Ward, and the host of Cuomo Prime Time, Chris Cuomo, are both based in New York, as is Parnas’ lawyer, Joseph Bondy.

Nunes’ attorney in the CNN suit and the slew of other cases he has filed, Steven Biss, did not respond to an email seeking comment on the ruling.