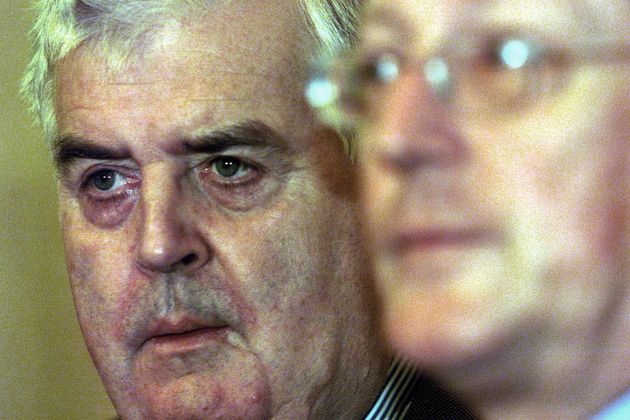 A member of the House of Lords has been condemned for a tweet in which he referred to the US vice-president elect Kamala Harris as “the Indian”, claiming not to know her name.

Lord John Kilclooney was accused of racism on Monday morning when he asked a question about the line of presidential succession if Joe Biden “moves on”.

He said: ”What happens if Biden moves on and the Indian becomes President. Who then becomes Vice President?”

What happens if Biden moves on and the Indian becomes President. Who then becomes Vice President?

The tweet was met with widespread disbelief – including from former Biden adviser Jon Wolfsthal, who tweeted: “1) She is American. 2) You should be ashamed of yourself.”

Labour leader of the House of Lords, Baroness Angela Smith, said the remark was “despicable and beneath contempt, and totally unacceptable from anyone – but especially from someone in Parliament”.

The Lord Speaker, Lord Fowler, said: “Lord Kilclooney should retract and apologise. This is an offensive way to refer to anyone, let alone a woman who has just made history.

“The comment is entirely unacceptable and has no place in British politics. I could not be clearer.”

Conservative MP Simon Hoare, who is chair of the Commons Northern Ireland affairs select committee, wrote that the message was: “Bad. Rude. Racist. Appalling,” and said he had submitted a formal complaint to the Lord Speaker’s office.

Bad. Rude. Racist. Appalling. He should apologise and withdraw. I understand he has blocked me for saying so. https://t.co/poXp3RRygp

This would even have been racist 100 years ago. Disgrace.

“He did it before to Leo Varadkar and now he’s done it to Kamala Harris. This sort of racism would be unacceptable from anyone, but from a member of the House of Lords it beggars belief,” Streeting tweeted.

Lord Kilclooney denied that his message was racist, telling PA Media: “The first thing is to get it in perspective. The criticism is minor, the support is massive – I’ve never had so many Twitter followers in one day, ever.

“I’m very fond of India myself. I’m a member of the British India all-party group, I have two Indians [tenants] in my flats here in London and there’s nothing racist in it whatsoever.

He justified his previous tweet about Varadkar by saying “I didn’t know his name at the time” but, asked if he will delete his latest message now he knows Harris’s name, he said: “No, not indeed. Because she’s proud of her Indian background.”

The 82-year-old peer, who is no longer a member of the UUP, said that he did not try to find out Harris’s name online before writing the tweet.

Asked why he did not use a search engine before sending the message, he replied: “That’s not your concern.”

Harris, whose parents are Jamaican and Indian, will become the highest-ranking woman to ever hold an elected office in the US when the Democrat is inaugurated on January 20.