Love Island has incited more than a thousand complaints to Ofcom over the casting of contestant Danny Bibby.

The show introduced Danny as a late addition to the villa last week, and shortly after his arrival, fans of the show discovered a social media comment from 2019 in which he referred to a friend as “my n***a”.

After Danny issued an apology for his use of the slur from inside the villa, it was decided that he would be allowed to stay with the show, which was criticised by many fans, as well as former Islander Sherif Lanre, who left via the back door two years ago.

It’s now been revealed that 1,507 complaints had been made to the TV watchdog about Danny’s inclusion in the show. 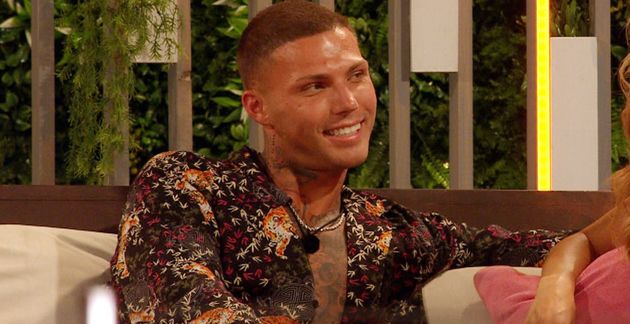 According to PA Media, 1,081 of these complaints referred to an episode last week in which Danny was announced as entering the villa and took Kaz Kamwi and Sharon Gaffka on a date.

The rest of the complaints were about an episode three days later.

Apologising in a statement last week, Danny – who was dumped from Love Island in Wednesday night’s episode – said: “I’d like to take the time to apologise to anyone that may have taken offence to my inappropriate remark. I never meant anything malicious by this comment at all. I am not a racist person and it’s unacceptable language and ignorant.

“I meant no offence and feel like I have really learnt from my mistakes and will never use that word again.”

Will new boy Danny be turning some heads? 😉 #LoveIslandpic.twitter.com/ZGRVhBvd7I

As is standard procedure, Ofcom will assess these complaints before deciding whether to take the matter any further.

Love Island continues on Thursday night at 9pm on ITV2.