MPs have approved the renewal of the government’s emergency coronavirus powers after ministers staged a climbdown to offer the House of Commons a greater say on new nationwide restrictions.

Powers under the Coronavirus Act, which was passed at the beginning of the COVID-19 pandemic in March, have to be renewed by parliament every six months.

MPs approved the motion by 330 votes to 24 – a 306 majority – after Health Secretary Matt Hancock told the Commons that the measures were “still needed to keep people safe”.

But the government had earlier been forced to offer the concession of greater consultation of MPs – and a Commons vote “wherever possible” – on new coronavirus lockdown restrictions before they come into force. 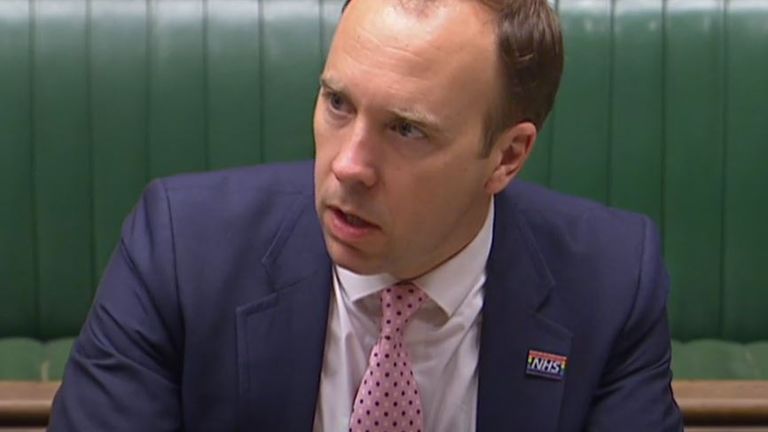 Following talks between the government and a group of Tory MPs wanting a greater say for parliament over COVID-19 measures, Mr Hancock announced the terms of a peace deal to the Commons.

“I can confirm to the House that for significant national measures with effect in the whole of England, or UK-wide, we will consult parliament – wherever possible we will hold votes before such regulations come into force,” he said.

However, Mr Hancock warned that “responding to the virus means the government must act with speed when required and we cannot hold up urgent regulations which are needed to control the virus and save lives”.

The health secretary also announced that modifications to mental health legislation, meaning a person can be detained under the opinion of just one doctor, will be removed from the Coronavirus Act.

“These were always powers of last resort and I was not persuaded, even in the peak, that they were necessary because our mental health services have shown incredible resilience and ingenuity,” he said.

Sir Graham Brady, one of the ringleaders of the group of Tory MPs wanting a greater role for parliament, thanked Mr Hancock for “being prepared to listen” and for “constructive conversations” in recent days.

“We are grateful than he and other members of the Government have understood the importance of proper scrutiny in this place and the benefits that can bring to better government as well,” he said. 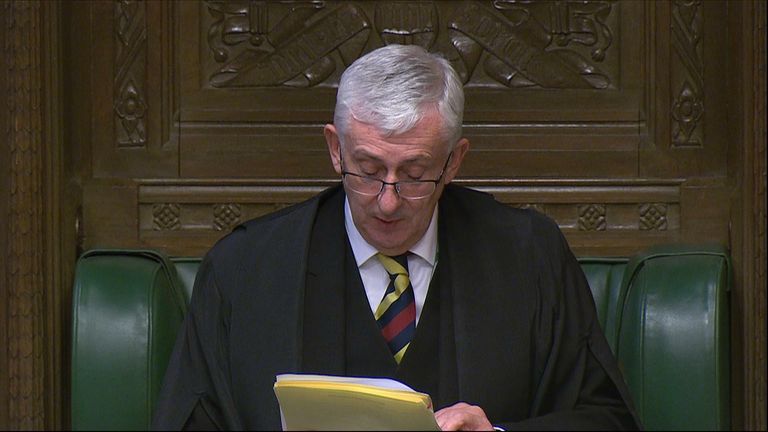 Labour’s shadow home secretary Nick Thomas-Symonds said his party would not block the renewal of the powers.

But he criticised ministers for appearing on national media with “absolutely no idea of what the rules are”.

“The public is being let down on a grand scale,” he said.

“The government has had virtually all the resources and brilliance of our remarkable country on demand for over six months.

“They’ve been able to call on the UK’s remarkable frontline workers, who have shown incredible skill and bravery through this crisis.

“And yet we’ve ended up with one of the highest death rates in the world and on the threshold of one of the deepest recessions.”

Earlier on Wednesday, Speaker of the House of Commons Sir Lindsay Hoyle had admonished the government over their use of emergency coronavirus powers.

He told ministers that the way in which they had exercised their powers in introducing coronavirus measures was “totally unsatisfactory”, as he criticised them for publishing laws only “a matter of hours before they come into force”.

“Some explanations why important measures have come into effect before they can be laid before this House have been unconvincing and shows a total disregard for the House,” Sir Lindsay said.

“The government must make greater efforts to prepare measures more quickly, so that this House can debate and decide upon the most significant measures at the earliest possible point.” 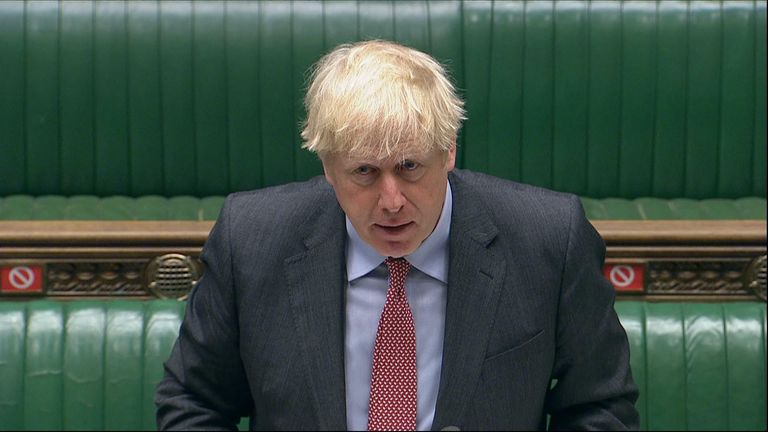 The Speaker urged the government to “remedy a situation I regard as completely unsatisfactory,” adding: “I now look to the government to rebuild trust with this House and not treat it with the contempt that it has shown.”

Sir Lindsay had also ruled that he wouldn’t allow Sir Graham’s proposed amendment to Wednesday’s motion to renew the coronavirus powers, as the Speaker expressed his fear it risked “uncertainty about the decision the House has taken”.

Sir Graham had wanted to alter the motion as part of his bid to allow MPs a greater say over new coronavirus restrictions, with 80 Tory MPs – as well as MPs from other parties – said to have been ready to have supported him.

However, the fruitful talks with the government appeared to have satisfied the demands of the rebel group without them needing to push for a legislative solution.