The government will “wherever possible” offer MPs a vote on new coronavirus restrictions before they come into force, as ministers responded to the threat of a Conservative rebellion.

Following talks between the government and a group of Tory MPs wanting a greater say for parliament over COVID-19 measures, Health Secretary Matt Hancock announced the concession to the House of Commons on Wednesday.

“Today I can confirm to the House that for significant national measures with effect in the whole of England, or UK-wide, we will consult parliament, wherever possible we will hold votes before such regulations come into force,” he said. 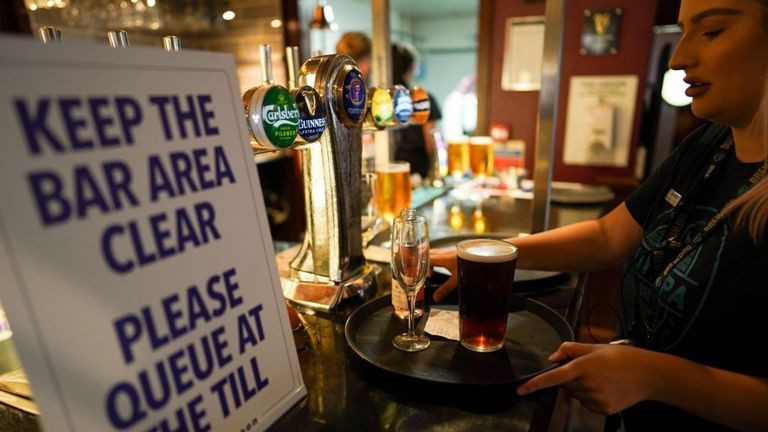 Image: New restrictions including a 10pm curfew on pubs, bars and restaurants were announced by the government last week

Live updates on coronavirus from UK and around world

However, Mr Hancock warned that “responding to the virus means the government must act with speed when required and we cannot hold up urgent regulations which are needed to control the virus and save lives”.

Sir Graham Brady, one of the ringleaders of the Tory rebels, thanked Mr Hancock for the “constructive conversations” between the government and his group.

“We are grateful that he and other members of the government have understood the importance of proper scrutiny in this place and the benefits that can bring to better giovernment as well,” he added.

Earlier, Sir Graham had seen his attempt to alter emergency coronavirus legislation, introduced at the start of the pandemic in March, quashed by Speaker of the House of Commons, Sir Lindsay Hoyle.

In his statement to MPs, Sir Lindsay said he had “decided not to select any of the amendments” to Wednesday’s motion on the renewal of powers in the Coronavirus Act.

He revealed he had received advice that “any amendment to the motion before the House risks giving rise to uncertainty about the decision the House has taken”.

“This then risks decisions which are rightly the responsibility of parliament ultimately being determined by the courts,” Sir Lindsay added.

“Lack of clarity in such important matters risks undermining the rule of law.”

However, the Speaker appeared to urge the government to reach a compromise with the large number of MPs who want a greater say over COVID-19 restrictions.

He told ministers that the way in which they had exercised their powers in introducing coronavirus measures was “totally unsatisfactory”, as he criticised them for publishing laws only “a matter of hours before they come into force”. 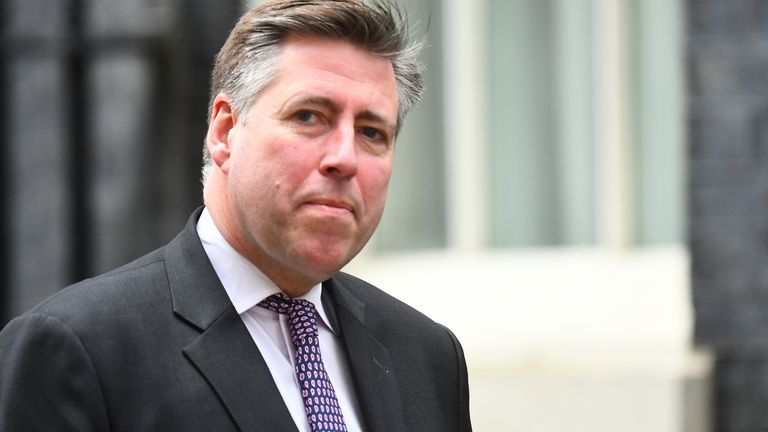 Image: Sir Graham Brady had been leading the effort for MPs to get a greater say over COVID-19 rules

“Some explanations why important measures have come into effect before they can be laid before this House have been unconvincing and shows a total disregard for the House,” Sir Lindsay said.

“The government must make greater efforts to prepare measures more quickly, so that this House can debate and decide upon the most significant measures at the earliest possible point.”

The Speaker urged the government to “remedy a situation I regard as completely unsatisfactory,” adding: “I now look to the government to rebuild trust with this House and not treat it with the contempt that it has shown.”

Sir Graham, the chair of the influential 1922 Committee of Conservative backbenchers, had tabled an amendment – which will now not be selected – through which a cross-party group of MPs were hoping to achieve a greater say over coronavirus restrictions. 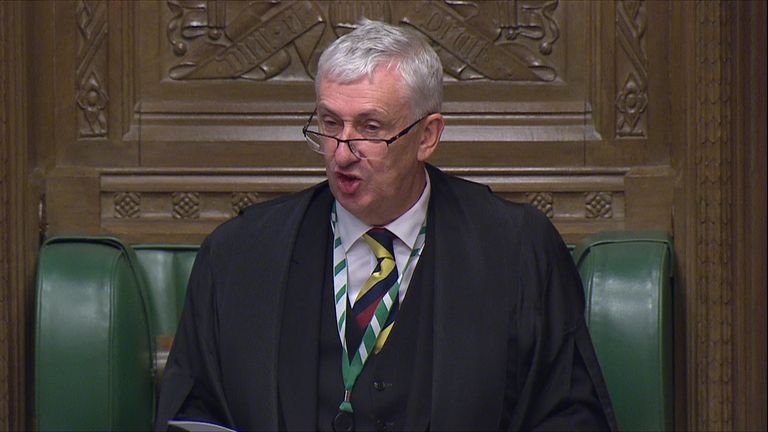 The prime minister was forced to apologise on Tuesday for getting confused by COVID-19 restrictions in northeast England.

“One of the major problems, as we’ve seen in the last 24 hours, is widespread confusion about the local restrictions and I don’t just mean the prime minister not knowing his own rules – having sat opposite the prime minister at PMQs every week that didn’t come as a surprise to me,” Sir Keir said.

Mr Johnson replied: “Actually, I think that the people of this country do understand and overwhelmingly do follow the rules, and that I may say is in spite of the efforts of (the Labour leader) continually to try to snipe from the sidelines, to undermine what we are trying to do, and he mentions the restrictions in the North East, and I cleared that matter up as fast as I could.”

Sir Keir also asked the prime minister why only one area of England – Luton in Bedfordshire – had ever come out and stayed out of local lockdown restrictions.

“The reason, I think, for the success of Luton is that the local people pulled together to suppress the virus, to follow the guidance, and that is the way forward for the entire country,” Mr Johnson responded.

“That is what we did before in March and April, and I have no doubt that that is what we’re going to do again.”