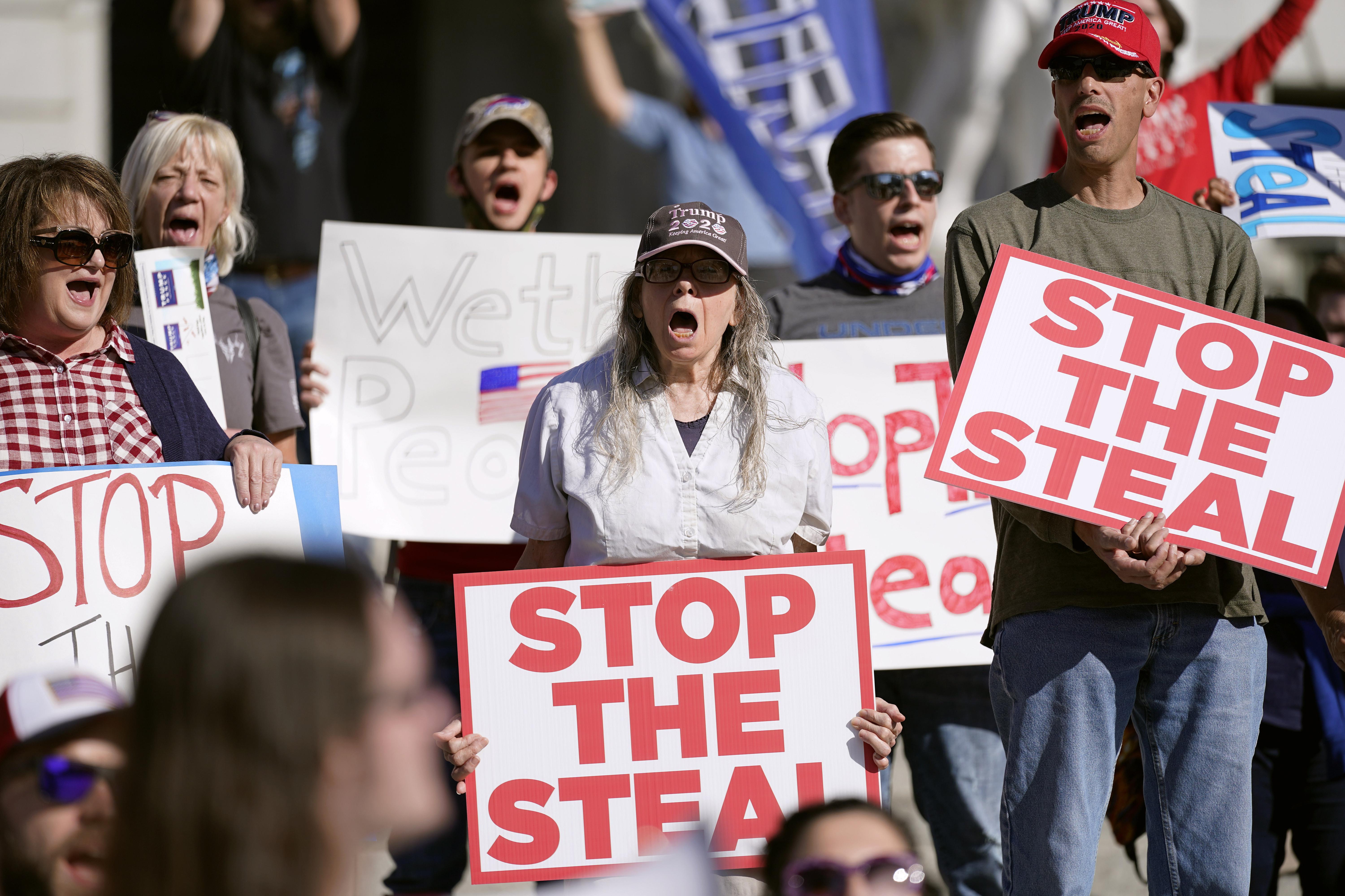 Republicans in Pennsylvania won an order from the U.S. Supreme Court on Friday evening requiring local officials to separate out late-arriving ballots until the legal controversy over them is resolved.

However, the order from Justice Samuel Alito did not grant a GOP request that those ballots go uncounted. Instead, he said those ballots could be tallied “if counted separately.”

The two-page order was unusual in that it came from Alito alone. Most emergency applications of public significance are addressed by the full court, although particularly urgent matters are sometimes acted on by a single justice while the other justices are later asked to weigh in. Alito followed that latter course, saying he was referring the issue to his colleagues for further action.

Alito’s order in the first voting-related dispute to reach the high court since Election Day also seemed to take a swipe at Pennsylvania officials for not officially notifying the justices that a directive that Secretary of State Kathy Boockvar sent out on the issue late last month was updated four days later.

“Until today, this Court was not informed that the guidance issued on October 28, which had an important bearing on the question whether to order special treatment of the ballots in question, had been modified,” wrote Alito, an appointee of President George W. Bush.

While the order is a win of sorts for President Donald Trump in the barrage of litigation he has endorsed to try to wrestle a victory in the presidential race, the practical impact may be limited or perhaps nonexistent.

Indeed, Pennsylvania Attorney General Josh Shapiro, a Democrat, said on Friday night that the order was actually a rebuff for Republicans because it would lead to no change in the status quo.

“This is a third rejection by the Court in this case — it represents no change in the counting of votes in Pennsylvania,” Shapiro wrote on Twitter.

Democrats responded in a filing overnight that didn’t object to Alito’s order but urged the court to go no further.

Boockvar said on Thursday that all such ballots had been segregated already and that, in any event, they weren’t likely to be numerous enough to affect the outcome of the presidential contest in the state, where Vice President Joe Biden has pulled ahead.

Spokespeople for Shapiro and Boockvar did not immediately respond to a request for comment on Alito’s complaint that officials failed to inform the court about the secretary’s Nov. 1 order, which greenlighted counting of the ballots arriving during the three-day extension.

The emergency request from the Pennsylvania GOP for an order to segregate the ballots and leave them uncounted was directed to Alito because he is the justice who oversees courts in the 3rd Circuit, which includes Pennsylvania and Delaware.

The Pennsylvania Supreme Court ruled 4-3 in September that ballots arriving up to three days after Election Day would be counted. However, Republicans contend that decision usurped the role of the Pennsylvania Legislature.

In September and again last month, the state GOP asked the U.S. Supreme Court to block or overturn the state Supreme Court’s ruling. On the first round, the justices split, 4-4. When Republicans raised the issue again, the court declined without dissent, apparently because time to fully brief and decide the case was too short.

Republicans hoped that newly confirmed Justice Amy Barrett would step in, but she declined to take part in the case, saying through a court spokesperson that she wasn’t familiar enough with the issues.

However, a pair of requests for the court to add the Pennsylvania dispute to its docket remain pending.

The emergency request from Republicans on Friday came after they said election officials from 25 counties refused or failed to say whether they were complying with Boockvar’s guidance, which is nonbinding.

“Given the results of the November 3, 2020 general election,” the GOP filing said, “the vote in Pennsylvania may well determine the next President of the United States — and it is currently unclear whether all 67 county boards of elections are segregating late-arriving ballots.”