The Met Office has issued amber weather warnings for the first time since March as heavy rain lashes much of the UK.

Persistent downpours are expected to bring flooding and transport disruption, with more than 20 flood alerts – most of which are in southern England – in place.

There are amber weather warnings for rain in Wales, the West Midlands, south-west England and also parts of eastern Scotland on Saturday.

The Met Office said the last time amber warnings were issued for rain was in March, as forecasters warned of heavy rain across much of the country. 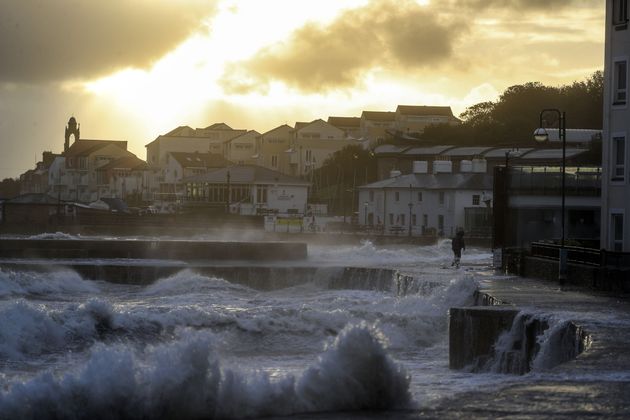 The places worst hit so far include parts of Exmoor, with 84mm of rain recorded in 36 hours in Liscombe and 74.4mm recorded in Brendon Hill.

Meteorologist John Griffiths said: “There’s still a lot of wet weather to get through today and into tonight, so we haven’t really seen the worst of it yet.”

Griffiths said there has been 45-60mm of rain widely across southern England.

It comes after a low-pressure system named Storm Alex moved in from France and clipped the southern edge of Britain on Friday.

It brought heavy rain and strong winds, with 71mph recorded at Berry Head on the Devon coast.

Many places will see 25-50mm of rainfall this weekend, and there is the potential for over 120mm on some of the most exposed high ground of Snowdonia and Exmoor.

Aberdeen, Aberdeenshire, Central Tayside and Fife plus the Grampian regions of Scotland are set to be hit by 40-70mm of rain with over 120mm possible over high ground on Saturday, Met Office meteorologist Greg Dewhurst said.

Yellow rain warnings are also in place for the east of England, London and the South East plus much of Wales, western England and eastern Scotland where heavy rain is set to push in from the North West.

The rain is set to last throughout Saturday and into Sunday in these areas. 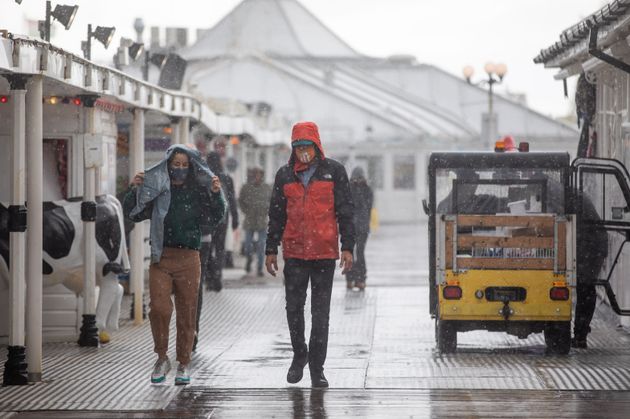 Dewhurst said “it is going to be raining and horrible all day” on Saturday, adding: “If you have to travel take extra time on your journey, the roads will be pretty treacherous at times with poor visibility due to the heavy rain.”

Drains could become blocked with debris as trees are now in full leaf and there is a heightened risk of flooding and very difficult driving conditions.

Carol Holt, flood duty manager at the Environment Agency, added that “widespread and persistent rain is likely to lead to flooding” in some areas over the weekend.

She added: “We urge people to stay away from swollen rivers and not to drive though flood water – it is often deeper than it looks and just 30cm of flowing water is enough to float your car.”

RAC Breakdown spokesman Rod Dennis said that road conditions will be “miserable if not downright dangerous” for drivers this weekend.

He said they will need to be prepared for “an ugly mix” of surface spray, gusty winds and more than likely some disruption on the roads.