Abba: Why the UK gave the Swedish band 'nul points' at Eurovision 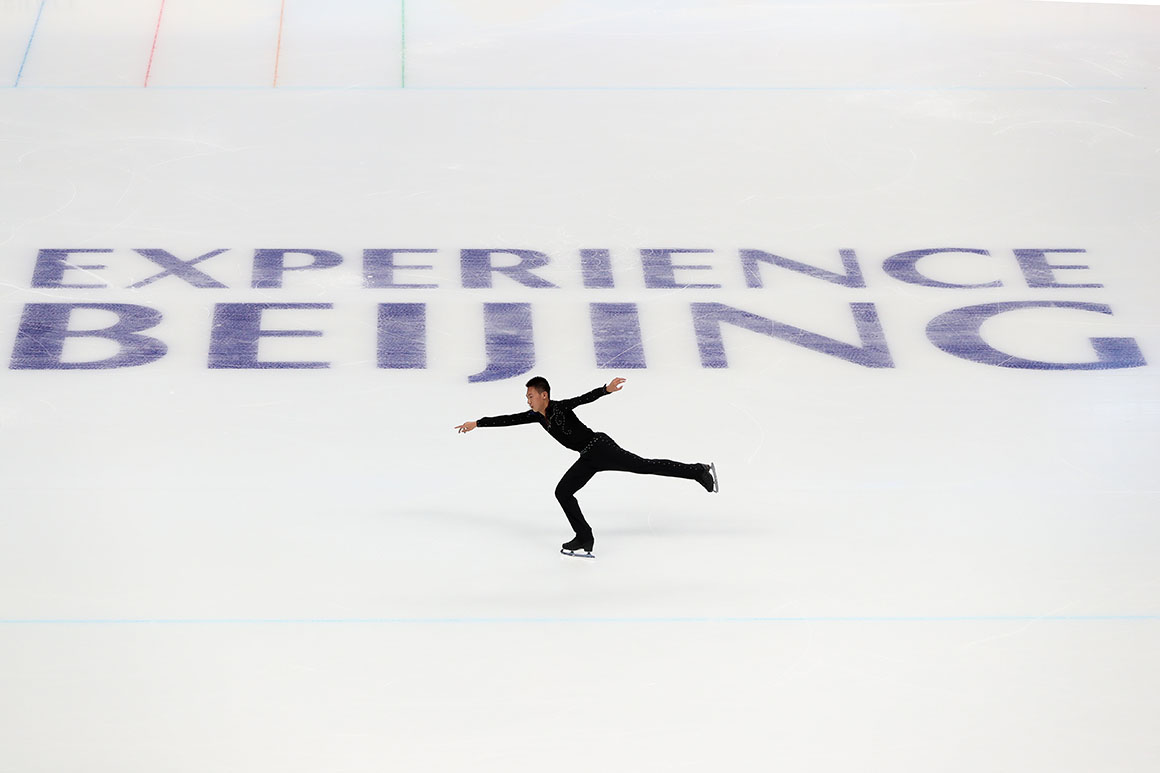 The State Department denied Tuesday that it was consulting with allies about a joint boycott of the 2022 Beijing Olympics amid growing calls for the U.S. to back out of the event due to human rights violations in China.

“Our position on the 2022 Olympics has not changed. We have not discussed and are not discussing any joint boycott with allies and partners,” a State Department official said.

There was confusion earlier Tuesday after a briefing from State Department spokesperson Ned Price, causing the need for a clarification.

“The State Department Spokesperson did not say we had, contrary to some reporting. As the Department said, we regularly discuss common concerns vis-à-vis the PRC with our allies and partners. We will continue to do so, cognizant that a shared approach will always be in our interest,” the official said.

In his briefing, Price emphasized the importance of working closely with other countries, so that any step the U.S. takes would have more influence on Beijing. He said that the State Department is currently weighing different approaches to respond to the Chinese government, pointing to sanctions that the U.S. recently enacted with the U.K., Canada and the European Union over the human rights abuses.

A spokesperson for the U.S. Olympic Committee did not immediately respond to a request for comment.

“We’re talking about 2022, and we are still in April of 2021, so these Games remain some time away,” Price said. “I wouldn’t want to put a time frame on it, but these discussions are underway.”

In a tweet after the briefing, Price said that the State Department didn’t have an announcement regarding the Olympics, but would “continue to consult closely with allies and partners to define our common concerns and establish our shared approach to the PRC.”

The Beijing Winter Games begin on February 4 next year.

Hawkish Republicans in the last month have called on the Biden administration to punish the Chinese government over its human rights abuses, but even within the GOP, there has been disagreement over how far to push with the Olympics. Some have called for boycotts, while others have suggested moving the Games to a different host country.

Earlier Tuesday, Sen. Rick Scott (R-Fla.) said President Joe Biden should request the relocation of the 2022 Olympics to the United States. Scott, who has been advocating for a potential move since 2019, said it was hypocritical for Biden to support last week’s efforts to move Major League Baseball’s All-Star Game out of Georgia over its newly passed voting law, but not take a stand on the Olympics.

“It is now time for President Biden to lead America and the world and make clear that the United States will never tolerate the oppression and genocide occurring in Communist China,” Scott said.

In Canada, Prime Minister Justin Trudeau has faced political pressure to take a harder line against China — including calls for his government to push for the relocation of the Beijing Games.

Late Tuesday, the Trudeau government said any decision by Canada to boycott the Beijing Olympics would involve the independent Canadian Olympic and Paralympic committees.

“We are confident that they will continue to consider our athletes’ lifetime of training and dedication to prepare for the Games and Canada’s commitment to basic fundamental rights for all peoples in any future decision leading up to the Games,” Camille Gagné-Raynauld, a spokesperson for Canadian Heritage Minister Steven Guilbeault, wrote in an email to POLITICO.

She said the Canadian government is “deeply concerned by horrific reports of human rights violations” against Uyghurs and other ethnic minorities in Xinjiang.

Canada recently joined other Western democracies in announcing sanctions on individuals and entities allegedly linked to the abuses in China. Gagné-Raynauld said Canada is also calling for China to provide independent investigators “unfettered access” to the region. In February, Canada’s Parliament voted overwhelmingly in favor of a motion declaring Beijing’s mistreatment of Uyghur Muslims a genocide.

Ottawa-Beijing diplomatic ties collapsed after Canada’s December 2018 arrest of Huawei senior executive Meng Wanzhou on a U.S. extradition warrant. Meng is under house arrest in Vancouver while fighting her extradition.

Days after she was taken into custody, Chinese authorities detained Canadians Michael Kovrig and Michael Spavor, who have been charged with espionage and are being held in difficult conditions. Trudeau has called their arrests arbitrary and has been rallying other countries to press China for their release.

Abba: Why the UK gave the Swedish band 'nul points' at Eurovision