The polling industry blows it again 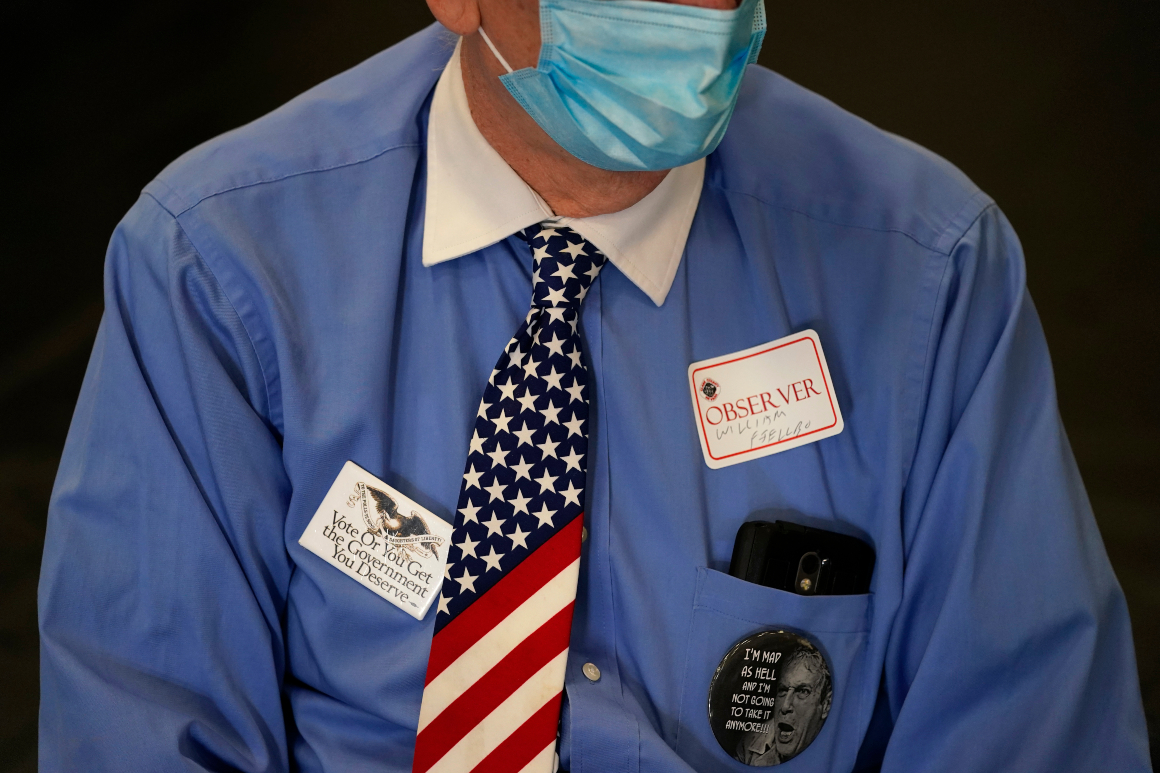 When all the votes are tallied, Joe Biden isn’t going to win the popular vote by double digits. Trump lost Wisconsin by a point, not the 17-point defeat one survey suggested. And Trump obviously didn’t go down in an election night landslide, as some polls suggested would happen.

It wasn’t just the public polls that suggested Tuesday would be a big Democratic night. Much of the private polling on which both parties rely suggested Biden would win solidly, and they expected Democrats to benefit down the ballot.

Now that it hasn’t happened, pollsters are wondering whether their methods are fundamentally broken — or just unable to measure Trump’s support, specifically.

“This is not just a few public pollsters out there that missed it. This is something that is unique to this election,” said Patrick Murray, who runs the Monmouth University Polling Institute. “It just seems to be that if the name ‘Donald Trump’ is on the ballot, all bets are off when it comes to the polls being right.”

It’s impossible to quantify the magnitude by which the polls missed the mark until the vote count is complete — but Trump clearly overperformed in many of the battlegrounds, winning some toss-ups comfortably and running close in states where Biden had big polling leads.

Trump is blaming the polls for his seemingly likely defeat. Delivering a defiant statement in the White House briefing room on Thursday, Trump falsely claimed that the polls were “election interference, in the truest sense of that word.”

The public polls, Trump alleged without evidence, “were designed to keep our voters at home, create the illusion of momentum for Mr. Biden and diminish Republicans’ ability to raise funds.”

Nonpartisan media and academic pollsters do not rig their surveys to harm Republicans’ political prospects.

But there’s no doubt that public polls of the presidential race missed the mark, especially in key states. One popular explanation is that “shy Trump voters” hid their true intentions in interviews with pollsters.

There’s little evidence that poll respondents are lying, however. More pollsters believe it’s actually a difficulty reaching voters more likely to support Trump in the first place, either because they’re harder to find or are less likely to take phone surveys even if reached.

“The continuing and growing problem of nonresponse is something that we have to look at quite closely,” said Don Levy, the director of the Siena College Research Institute, which partnered with The New York Times for dozens of battleground-state polls.

After 2016, pollsters engaged in an effort to examine their methods, searching for something that could explain how they missed Trump’s victory. The leading cause, they concluded, was the widening chasm between how more highly educated Americans vote versus those who did not graduate from college.

But even weighting their surveys to increase the number of white voters without a college degree wasn’t enough this year.

Joe Biden is closing in on a victory. But he’s staring at a deeply divided nation — and an opponent who’s refusing to accept the results. POLITICO’s Natasha Korecki breaks down how Biden is preparing for a rocky transition.

While the polls generally underestimated Trump, the errors were more acute in some states. In Wisconsin, which has mostly completed its count, Biden won by seven-tenths of a percentage point, 49.6 percent to 48.9 percent. But that’s after taking an 8.4-point lead into Election Day in the FiveThirtyEight average.

Other states where the polls missed: Ohio, where Trump had an advantage of 0.8 points in the FiveThirtyEight average, currently shows an 8.2-point lead for Trump in the vote count. In Florida, preelection polls showed Biden up by an average of 2.5 points, suggesting the Democrat had a slight edge in an election he’s currently trailing by 3.2 points.

There were some polls that hit the mark in those states. Trafalgar Group, which says it tries to account for respondents who lie to pollsters about their support for Trump, performed well in Wisconsin (Biden +1 in their last poll) and Florida (Trump +2). But the firm also released other polls that overstated Trump’s position, like a survey in too-close-to-call Georgia that showed Trump leading by 5 points, and one in Michigan that gave Trump a slight edge in a state he lost by 3 points.

Still, the more common miss for public pollsters was in the other direction. The ABC News/Washington Post poll in October showing Biden ahead by 17 in Wisconsin got a lot of ink as an outlier, but the problems were more pervasive than that. The final New York Times/Siena College polls in Wisconsin and Florida had Biden up 11 points and 6 points, respectively.

In some of the states, the polls were spot-on. Biden’s 1.2-point lead in the final average in Georgia looks very close to the still-undecided outcome, and the polls showed Biden 2.6 points in Arizona, where the count is still ongoing. In Iowa, the average understated Trump — but the final Des Moines Register/Mediacom poll correctly saw Trump and GOP Sen. Joni Ernst surging at the end.

But those were generally the exception.

Down-ballot, the polling performance appeared even worse than at the presidential level. Democrats thought their party was favored to win back the Senate and gain upwards of a dozen House seats. Instead, their path to the Senate majority is much narrower than before, and they lost seats in the House.

Internal polls in both parties showed GOP Sen. Susan Collins and Democrat Sara Gideon locked in a tight race in Maine, where third-party support was seen as denying either candidate a majority of the vote and giving Gideon an advantage in the state’s ranked-choice system. Instead, Collins is slightly above 50 percent in the current vote count and isn’t in danger of losing even if she dips just below that mark.

At the House level, many of Democrats’ top challengers fizzled despite rosy polling, and some incumbents thought to be secure went down, such as freshman Rep. Donna Shalala (D-Fla.).

Four years ago, when Trump was first elected, the national polls came close to nailing Hillary Clinton’s 2.1-point popular-vote margin, showing her ahead by about 3 points. It was the swing-state polls that faltered.

This time, Biden’s popular-vote lead is expected to grow in the coming weeks, as more votes are tallied. But it won’t come near the 8.4-point lead he had in the final average, which included some surveys that showed him ahead by double digits.

It will take weeks to determine the magnitude by which the polls missed Trump again, and the industry is hoping its critics will wait for more information before drawing conclusions.

“It will take weeks for election officials to carefully count all early, absentee, in-person and provisional ballots,” read a statement from the American Association for Public Opinion Research on Thursday. “As such, it is premature to make sweeping judgments on the polls’ overall performance before all the ballots are counted. Patience is necessary.”

Already, the polls don’t look quite as wrong as they did Tuesday night, when Trump led the vote counts in the three Great Lakes “Blue Wall” states he flipped in 2016. Since then, Biden has been declared the winner in Michigan and Wisconsin — albeit by smaller margins than the polling suggested — and appears poised to take the lead in Pennsylvania.

In the coming weeks and months, pollsters will be poring over targeted surveys and voter files to figure out whom they missed and where.

“We will do a systematic analysis to look state by state, demographic by demographic” at what went wrong, said Siena’s Levy. “I mean, that’s what we have to do. And we have to wait until all the votes are in.”