After the rout: Bitcoin rallies back above $50,000

Unarmed Black man Elijah McClain died after he was put in a chokehold by police and injected with ketamine by paramedics in Aurora, Colorado [File: David Zalubowski/AP Photo]

Police and paramedics made several errors during the 2019 stop in Colorado of 23-year-old Elijah McClain that led to the unarmed Black man’s death, a report by independent investigators released on Monday said.

Police had no legal basis to stop McClain, who was walking home from a convenience store, to search him, or to use a chokehold on him when they approached him on August 24 in the Denver suburb of Aurora, the report said.

McClain went into cardiac arrest after he was subdued by three police officers during the encounter and injected with ketamine, a sedative, by paramedics, according to authorities. He died days later in the hospital.

Protesters in Aurora, Colorado play music to honour Elijah McClain in June [File: Kevin Mohatt/Reuters]“The officers’ statements on the scene and in subsequent recorded interviews suggest a violent and relentless struggle. The limited video, and the audio from the body worn cameras, reveal Mr McClain surrounded by officers, all larger than he, crying out in pain, apologising, explaining himself, and pleading with the officers,” the report continues.

The death of McClain, an amateur violinist who worked as a massage therapist, gained renewed scrutiny amid racial justice protests that swept the US throughout the summer of 2020 following the police-involved death of George Floyd in May.

Aurora’s City Council had requested the investigation after earlier probes by city departments had determined that the officers and paramedics involved in McClain’s death had not violated policy and state prosecutors declined to bring charges.

‘No longer labelled a suspect’

Aurora police officer Nathan Woodyard decided in less than 10 seconds after McClain was stopped “to turn what may have been a consensual encounter with Mr McClain into an investigatory stop without apparent grounds”, according to the 157-page report, which was compiled by the former head of special litigation for the US Department of Justice’s Civil Rights Division, Jonathan Smith, as well as a former Arizona chief of police and a doctor who directs emergency medical services in Alabama.

The report said paramedics also failed to properly examine McClain before injecting him with 500 milligrams of ketamine. That dosage was based on a “grossly inaccurate” estimate that McClain weighed 86kg (190 pounds), not his actual weight of 63kg (140 pounds), the report said. 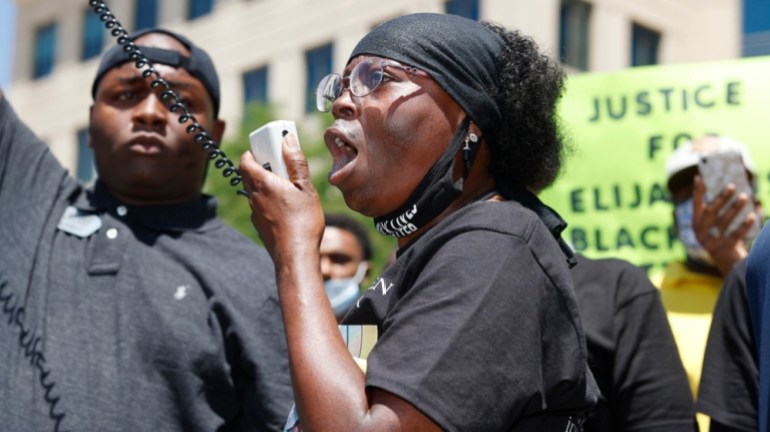 Sheneen McClain speaks during a rally over the death of her 23-year-old son, Elijah McClain, outside the police department in Aurora, Colorado [File: David Zalubowski/AP Photo]Mari Newman, a lawyer for McClain’s family, said in a statement to the Reuters news agency that the independent report “confirms what we have known all along: Aurora police and medics violated Elijah McClain’s civil rights, and Aurora did everything in its power to sweep his murder under the rug”.

Meanwhile, McClain’s mother Sheneen McClain told the Denver Post she was “happy Elijah is no longer labelled a suspect, that he is labelled a victim”.

McClain’s family has filed a federal civil rights lawsuit against the police department.

The independent investigation also concluded that an initial investigation by Aurora police was inadequate, saying the police investigators “failed to ask basic, critical questions” that would have helped prosecutors determine whether the force used was justified.

Police investigators instead asked questions that appeared designed to elicit comments that would exonerate the officers involved, according to the report.

“It is hard to imagine any other persons involved in a fatal incident being interviewed as these officers were,” the report said.

Aurora city, police and emergency response officials were set to respond to the report on Tuesday. 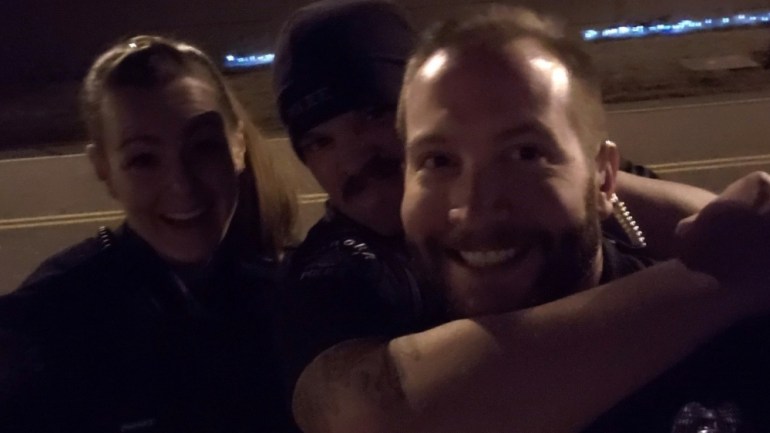 Aurora Police Department officers Erica Marrero, Jaron Jones and Kyle Dittrich re-enact a chokehold near a memorial to Elijah McClain [Reuters]The results of the city council-ordered investigation are the first to be made public of several continuing probes into the killing.

The Colorado Attorney General’s Office has asked a grand jury to look at the case and see if any criminal charges are warranted. The Department of Justice is investigating if officers violated McClain’s civil rights.

One of the officers involved in the incident, Jason Rosenblatt, was fired after fellow officers sent him a picture imitating the chokehold near where McClain had been stopped. Rosenblatt responded: “haha”.

The other officers involved in the stop, Randy Roedema and Nathan Woodyard, are still employed by the department.

After the rout: Bitcoin rallies back above $50,000