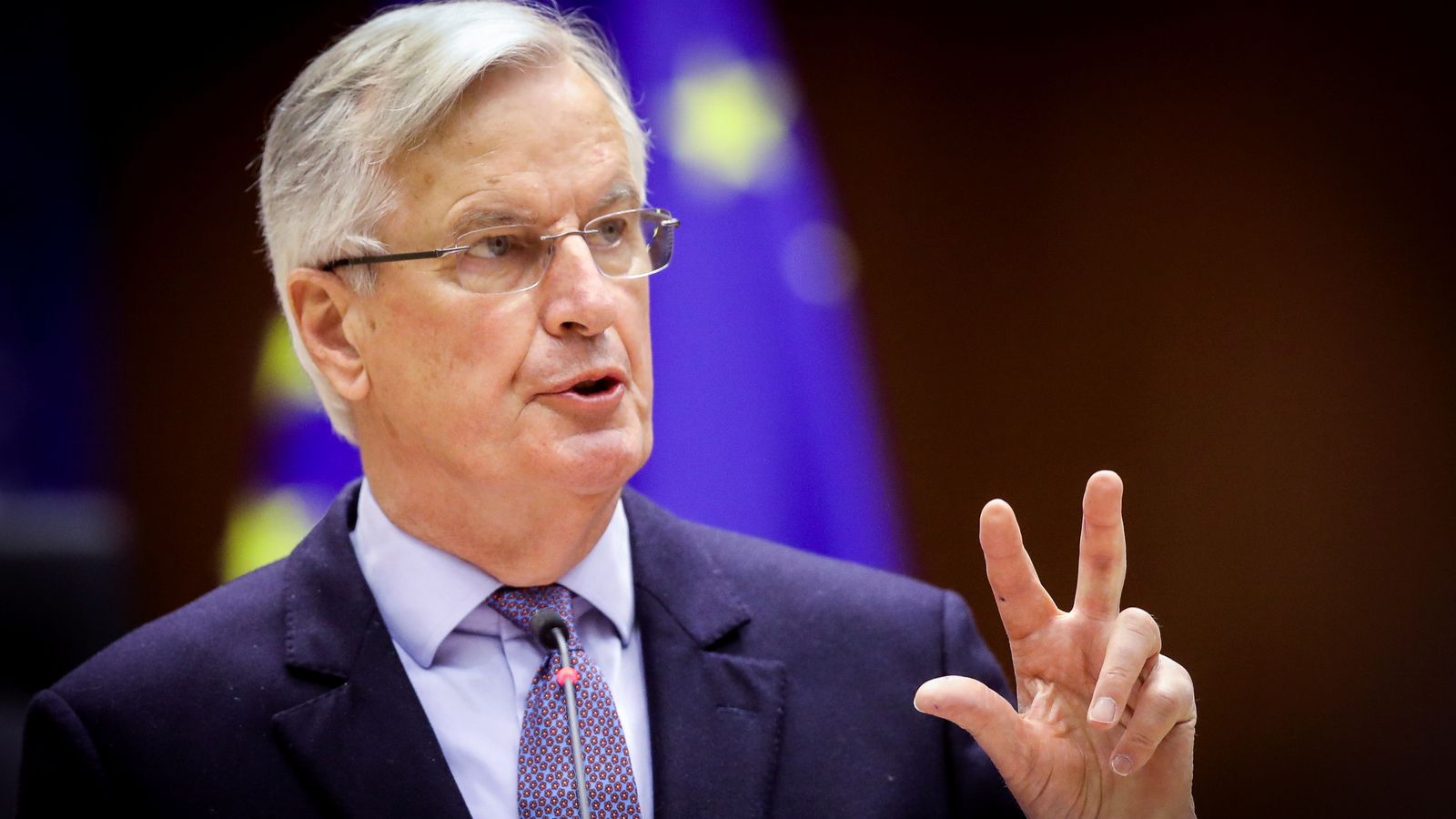 The EU’s lethargic vaccine rollout suffered from a lack of appetite for risk, a “mistrust” of public-private partnerships and an inability of countries to act alone, the bloc’s Brexit negotiator has admitted.

Michel Barnier acknowledged there were “lessons to be learned” from Brussels’ handling of COVID-19 vaccines, when compared to the success of the UK and US vaccination programmes.

According to EU figures, 28.1% of adults in the bloc have had at least one vaccine dose. This compares to nearly two-thirds (65.7%) of UK adults and 56.3% of US adults, according to their respective government figures.

Live COVID updates from UK and around world

Both the UK and the US have had a much faster start to their vaccine rollouts, while EU leaders have been engaged in disputes with vaccine manufacturers and faced heavy internal criticism over the bloc’s jabs programme.

Speaking to French radio, ahead of the publication of his diaries from the Brexit negotiations between 2016 and 2020, Mr Barnier suggested the EU was slower to act as all 27 member states had to act as one.

He told France Inter: “It is true that there were mistakes at the start – why? Because we wanted to decide for 27 and not on our own.

“It is easier to decide on our own, rather than as 27, especially since we didn’t have that expertise in Europe.

“This is one of the lessons to be learned. Perhaps there are issues in Europe where it will be necessary to hand over the decision-making to the country, or to the region.”

Mr Barnier also spoke of “an almost ideological mistrust of public-private partnerships” within the EU, adding: “We don’t know how to take risks.

“The British took risks by financing the private sector. The Americans took risks. We don’t know how to do that yet.”

Following his radio interview, Mr Barnier confirmed on Twitter that his diaries – to be released this week in French – would be published in England at the beginning of October.

European Commission President Ursula von der Leyen has previously admitted a country on its own – such as the UK – can act as a “speedboat” compared to the EU’s “tanker” in the delivery of COVID vaccines.