What Happens To Trump After Biden’s US Election Win? 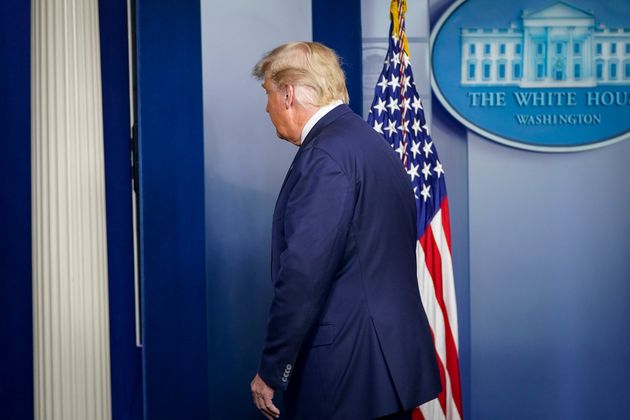 After a turbulent four years in the White House, the end of Donald Trump’s presidency is nigh. So what next?

With his time as president being marked by persistently fanning tensions and widening divisions, he will not go peacefully. Before he leaves office, there will inevitably be legal battles and recounts. In any case, there is a 74-day transition period before president-elect Joe Biden’s inauguration on January 20. There will be plenty more angry tweets.

But assuming all that comes to pass, Trump will join the other 44 members of the ex-presidents club. But what happens after his Oval Office exit is unlikely to have much in common with any of his predecessors.

Professor Natasha Lindstaedt, from the department of government at the University of Essex, says most US presidents get involved in humanitarian causes or set up centres for research. Their public profile is often limited to some public speaking engagements and they will attempt to lay low.

Trump has the real threat of criminal prosecution, and also has financial issues.HuffPost’s SV Date

Barack Obama’s foray into post-presidential life included book writing, giving speeches and kite surfing on the British Virgin Islands. This is unlikely to be the 74-year-old Trump’s chosen path.

“Trump will be the only president that will cry sour grapes and will continue to spread a misinformation campaign that the election was rigged and stolen,” says Lindstaedt, whose main area of study is dictatorships.

“This is absolutely terrible for democracy since about 20% of those surveyed believe that Trump is currently winning the election. He may try to get militias to call to arms over this and be as disruptive as possible.”

Lindstaedt likens Trump to Saddam Hussein and Muammar al-Qaddafi, adding: “His behaviour thus far has been completely aligned with the prototypical personalist dictator. He is clinging to power until the very end, is not a graceful loser and is villainising his opponents and de-legitimising the result. He is desperate to remain relevant – something that is also similar. He will not go away quietly.” 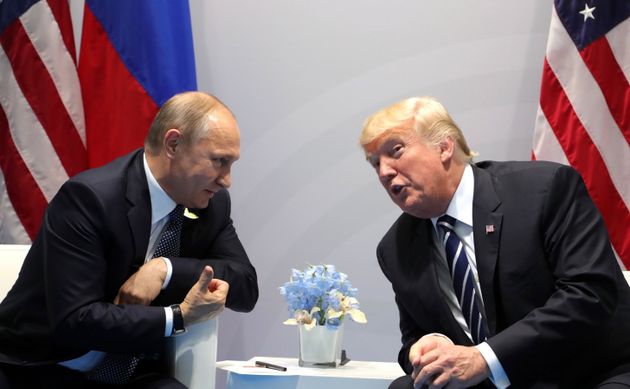 Commentators have also suggested he could also face charges of bribery for his commutation of aide Roger Stone’s prison sentence as well as extortion charges for his attempts to coerce Ukraine into smearing Biden.

Before the vote, Michael Cohen, Trump’s former personal lawyer and “fixer” who was sentenced for, among other things, arranging illegal payments to keep women Trump had affairs with from speaking out before the 2016 election, said: “Winning this election for him is not an option. It’s a necessity.

“He knows that if his tax returns are revealed that he and his children – Don Jr, Ivanka, Eric – and others will be charged with a host of criminal tax issues, which will not only cost him his freedom but his entire business.”

A less bleak post-politics career could be a return to the media. Many have speculated about the prospect of the one-time The Apprentice star launching his own television channel. Some 88m Twitter followers and more than 70m people voting for him point to an audience.

Vibe in the President’s inner circle this morning is a bit of a stalemate. Many discussions of what to do next & they are splitting into two roads. (1) what legal challenges are possible (2) dusting off the plans for a “Trump TV” like network should this end w/ @KFaulders

If not “Trump TV”, would the reputed billionaire invest in a network? The fawning One America News (OANN), which was founded by a wealthy Republican donor, is seen as a good match for Trump after falling out with Fox News. The unstable marriage between Trump and the Rupert Murdoch-owned outlet appeared close to divorce after Fox called key battleground states for Biden, reportedly leaving Trump furious.

Professor Lindstaedt thinks he can exploit a hardcore that “absolutely adore him, are transfixed by him and are willing to follow whatever he does”. She says: “He already has a personality cult around him and this will likely continue if he can avoid prison time.

“I think being just a pundit would not be enough for Trump. He would want his own show at least, and I think OANN would be a network he may try to buy or take ownership over. He really wants to remain relevant and give off the appearance that he is a powerful force in US politics.”

Would Trump run for president again?

Another option, of course, is to go again. Critics hoping to be shot of Trump should remember he would be eligible to run for the presidency again in 2024. Teddy Roosevelt unsuccessfully tried to run again for president. His offspring, most likely Donald Trump Jr, may choose to continue his succession in a nation so known for dynasties.

HuffPost’s senior political correspondent SV Date, who has written the bookThe Useful Idiot: How Donald Trump Killed the Republican Party with Racism and the Rest of Us with Coronavirus, thinks he may well flirt with politics for the time being – but not to have another tilt at the presidency.

He says: “I’m not sure he actually runs again, but I’m confident he will start an official campaign. That let’s him raise and spend money, and, knowing him, he will try to divert some to use for himself.

“He also has the real threat of criminal prosecution, and also has financial issues. Big debts are due soon.

“Also he is cash poor, so a TV network would have to be a partnership with someone, and his profit would be diminished. Unless there is a sugar daddy willing to set up something to funnel him millions, which is certainly possible.”