Yes, ‘Eco Despair’ Is Unsettling – But It Could Lead To Real Change

David Attenborough’s latest documentary A Life On Our Planet is yet another harrowing watch. We learn that if the 94-year-old was born in 2020, by the time he’d reach old age, the world would be struggling to grow crops due to the effects of a drastically warming planet.

In the TV presenter’s lifetime, he’s had the opportunity to see animals living and thriving in their natural habitats – but as time has gone by, their numbers have dwindled and their habitats have been destroyed. Humans are largely to blame.

A Life On Our Planet is his witness statement, and the show – on Netflix from October 4 – will undoubtedly leave people distressed by its revelations. But a climate psychologist argues why this could be – in some ways – a positive thing.

In the past few years, therapists have noticed clients increasingly bringing concerns around climate change and the future of our planet into the therapy room. Some people dub the issue ‘eco anxiety’. 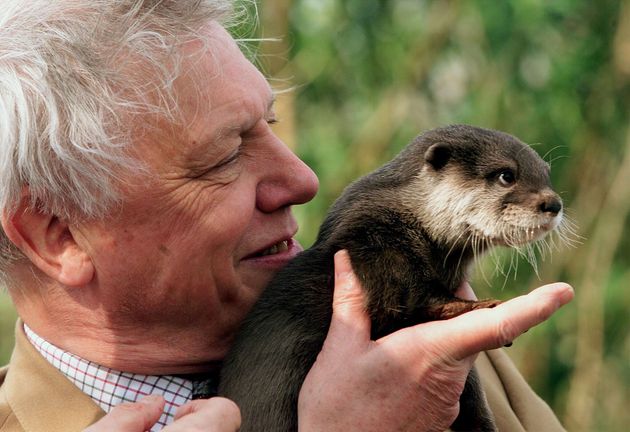 So-called eco anxiety, in very simple terms, is a concern or worry about ecological disasters and the risk to the natural environment. People might have concerns about their own mortality, the mortality of their loved ones, or how the environment will impact their future.

It’s not a clinical diagnosis, rather a term used to describe a growing – and warranted – concern among the public for the natural world.

This year’s British Association for Counselling and Psychotherapy (BACP) public perception survey included questions on the mental health impact of climate change for the first time.

Among those who said it impacted their mental health to some degree, which equated to just over half of respondents, 65% were concerned about the impact on the natural world; 63% about increased frequency of natural disasters; 58% were worried about what the world would be like for future generations; and 23% were worried about the collapse of civilisation.

BACP’s survey of 5,500 people found those aged 16-34 were most impacted by negative mental health linked to climate change – “[It] makes everything seem a bit pointless doesn’t it?” one person wrote. “Why work until you die for a dying world?”. Fiona Ballantine Dykes, therapist and deputy chief executive of BACP, says this isn’t surprising, as “they’re the ones who’ve got the future to look forward to”.

And this was before Covid-19 happened. The pandemic has meant people are even more disturbed, says Bednarek, while struggling to live with uncertainty about what the future brings. People often have many different worries on their plates – and concerns about the planet are just one part of the pie. 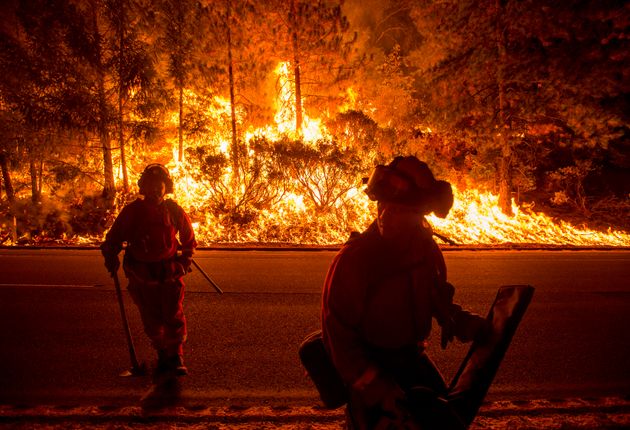 “I don’t particularly like the phrase eco anxiety,” says Bednarek, “because people don’t just come with fear and anxiety – they come with depression, they come with sleeplessness. Some people feel so strongly, they don’t know what’s worth living for anymore because everything is going to get worse.”

Bednarek, who prefers to use the terms ‘eco distress’ or ‘eco despair’, has been a therapist for 16 years. Among her clients experiencing it are often students, young people, lecturers and even journalists – people who research or study climate change and are seeing firsthand how it is impacting the planet. They feel overwhelmed by the thought of it – so they put it to one side, says Bednarek. But then it bubbles up.

In her work, she’s come across people who have made drastic, and often heart-wrenching, decisions such as choosing not to have children because of climate change. They then have this “deep grief” for the child or children they won’t have as a result, says Bednarek.

What can we do about it?

Ultimately, the onus is on political leaders and businesses to make the kinds of changes that can have positive repercussions for the planet – for example, cutting carbon emissions and focusing on sustainable energy. If you have environmental concerns, write to your local MP who can put pressure on those in power to make changes, or pen a note to businesses you think aren’t pulling their weight when it comes to their eco responsibilities.

Therapists believe shifts in policy and governments taking concrete action to tackle the problem could have a positive effect on people’s mental health. Ballantine Dykes says there’s a direct link between a lack of autonomy or agency and depression. When people have little control over their lives, they’re more susceptible to feeling low or depressed, she says.

One of the impacts of the pandemic was that, briefly, some areas of the natural world saw some recovery – it’s shown people if there was sufficient will, maybe the issues our planet faces could be slowed. And A Life On Our Planet ends with such a message: we can act now and reverse the damage.

If you find yourself overwhelmed mentally by the issues that face our planet, it’s important to remember this isn’t an issue individual to you – you are not alone, nor should you feel alienated by how you feel. It’s important to talk about your feelings with likeminded people. Fear can increase if not spoken about, says Ballantine Dykes.

We can’t bury our heads in the sand or try to meditate it away. “We need to treat this differently,” says Bednarek. It’s not so much about refusing the anxiety, but more sitting with it, she suggests. “It’s a sign of health for me. People get distressed when there’s danger because it helps us to mobilise,” she points out.

She’ll often work with her clients on how to increase their capacity to feel – and deal – with these strong feelings and still function. Consuming our way out of it isn’t the answer either, she adds, highlighting that buying a bamboo toothbrush won’t do an awful lot. “Yes, of course you should make ethical choices … but I think it needs to be way more than that.”

People get distressed when there’s danger because it helps us to mobilise.Therapist and climate psychologist Steffi Bednarek

Building up, or seeking out, a community of people who feel the same way as you can help you feel less isolated, and also give you likeminded people to discuss your fears with. You can then mobilise – or take action – to help channel your energy into constructive change.

Taking action on a local level is another good place to start – this could be raising awareness among your neighbours, joining forces with a local charity or organising a group to do litter-picking in your park (sites like Nextdoor can be a great tool for bringing neighbours together). It’s about asking – and then answering – the question: how can I feel more empowered? How can I use my mind to create solutions to the problems?

“I feel that when people are really aligned with that, there’s something incredible that happens,” says Bednarek.

As for A Life On Our Planet, the therapist says yes, it’s likely to make people more distressed. “I do think that’s potentially a good thing in order for people to wake up,” she says. “But what’s missing in that is: where do people go when they feel that distress? What’s next? I don’t think that people necessarily need to go to therapy for this.

image copyrightGetty ImagesUS police have found the body of an aspiring rapper in the boot of a car after a crash on a highway...
Read more
Asia-Africa

Police investigating a serious racist attack after apologising for failures in an earlier inquiry have been passed mobile phone video of the incident.BBC Newsnight...
Read more
Asia-Africa

The United States Constitution does not guarantee any particular level of service when it comes to delivering mail-in ballots, the US postal service argued...
Read more

image copyrightGetty ImagesUS police have found the body of an aspiring rapper in the boot of a car after a crash on a highway...
Read more
Asia-Africa

Police investigating a serious racist attack after apologising for failures in an earlier inquiry have been passed mobile phone video of the incident.BBC Newsnight...
Read more
Asia-Africa

The United States Constitution does not guarantee any particular level of service when it comes to delivering mail-in ballots, the US postal service argued...
Read more